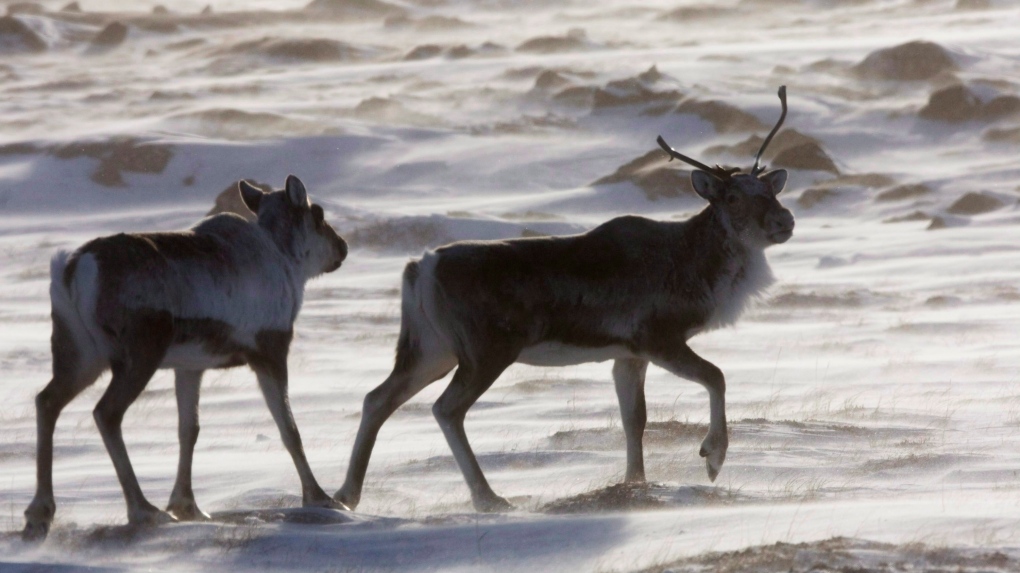 Wild caribou roam the tundra near The Meadowbank Gold Mine located in the Nunavut Territory of Canada on Wednesday, March 25, 2009. (THE CANADIAN PRESS/Nathan Denette)

Environmentalists say Ontario's threatened boreal caribou will be put at greater risk if the province goes ahead with a proposal to give the forestry industry a two-year extension to exemptions from certain wildlife protection laws.

The province argues, however, that it needs more time to come up with a balanced set of protections that meet industry, environmental and community demands.

Forestry projects on Crown land -- which accounts for the vast majority of Ontario's forested areas -- do not currently have to abide by parts of the Endangered Species Act that prohibit killing, harming, capturing or damaging the habitat of endangered or threatened species.

The government says the five-year exemption -- granted in 2013 and set to expire this year -- was necessary because the act overlaps with the Crown Forestry Sustainability Act, which requires companies to have a "forest management plan" to minimizes adverse effects on wildlife and the environment.

Now the government is proposing to extend it to 2020, and is inviting public input until March 5.

"We have heard a wide array of diverse perspectives from the forest industry, environmental organizations, Indigenous communities and municipalities," said Jolanta Kowalski, a spokeswoman with the Ministry of Natural Resources and Forestry.

"Some believe that our protections go too far, while for others they do not go far enough, and it is clear that we have to take a balanced and thoughtful approach, so we propose to use the next two years to find a long-term solution."

That could entail convening an independent panel to advise the province on a solution, Kowalski said.

Environmentalists, however, have called the prolonging of the exemption "another give-away" to the forestry industry.

"It will bring to at least seven years the era in which the logging industry will enjoy blanket exemptions from strict environmental protections," said Shane Moffatt, head of Greenpeace Canada's Forest Campaign.

"Greenpeace is concerned that, in the next two years, endangered species and their habitats will further decline across the province without any proper assessment of the impact this policy is having."

Boreal caribou are classified as a "threatened species" in Ontario, meaning they are likely to become endangered if action isn't taken to protect them.

There has not been a comprehensive count of boreal caribou in at least five years but, at that time, the population was "in poor condition and in decline," said Justina Ray, a forestry professor at the University of Toronto and president of the Wildlife Conservation Society Canada.

"The amount of forest that has been cleared in their (habitat) ranges is already up against the limit of what we know these animals can tolerate."

Boreal caribou need mature forests, at least 40 years old, to thrive, so even if forestry companies are replanting trees, the habitat will have been destroyed, she added.

"The Crown Forestry Sustainability Act does not take care of caribou," Ray said. "It seeks to mitigate disturbance and effects on caribou, which means it makes them less bad than they otherwise would be, whereas the Endangered Species Act seeks to recover (habitat)."

"All forestry practices that take place in Ontario that are done by professional foresters have to follow a certain code of practice, and code of ethics and be accountable," said Fred Pinto, executive director of the Ontario Professional Foresters Association, an independent body created by the province to license members of the industry.

In addition to government regulations, most forestry companies get their products or practices certified with sustainable business advocates like the Forest Stewardship Council, Pinto said.