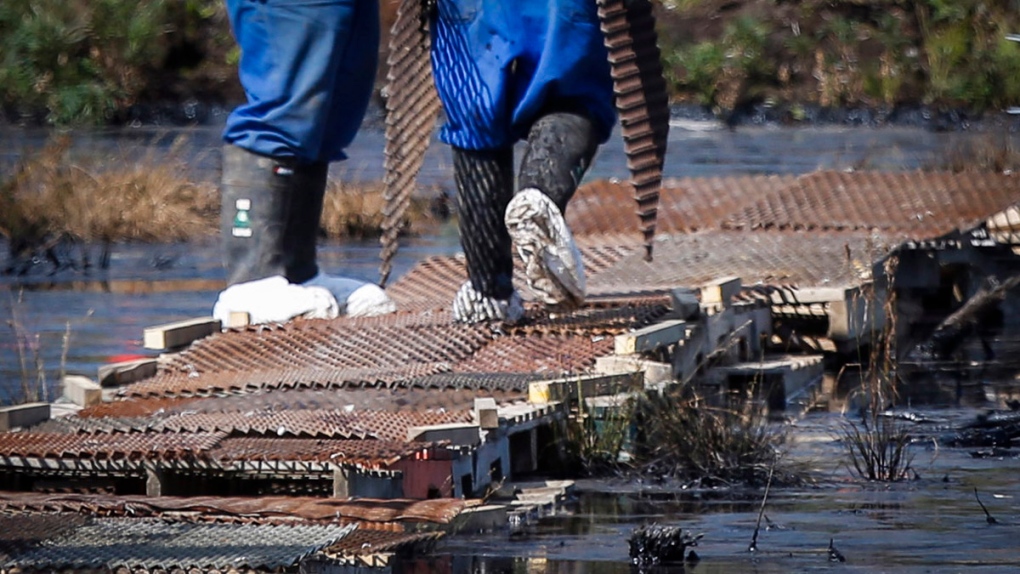 CALGARY -- Human error -- whether it's burying a pipeline too shallow or not fastening bolts tight enough-- is increasingly a factor contributing to pipeline leaks, federal data suggests.

Figures compiled by the National Energy Board show that in the past three years, incorrect operation -- which covers everything from failing to follow procedures to using equipment improperly -- has caused an average of 20 leaks per year. That's up from an average of four annually in the previous six years.

"It's both probably one of the most difficult things for an organization to deal with, but also the most important," said Mark Fleming, a professor of safety culture at Saint Mary's University in Halifax.

Fleming said operators have made improvements in safety practices, but to achieve the higher levels of safety required by other industries such as the airline or nuclear power sectors would require extreme attention to detail.

What may seem inconsequential at first can later contribute to a disaster, Fleming said.

"It's like a ball balancing on the top of a pyramid," he said.

"Safety, particularly very high levels of safety, requires constant attention and effort. And the tendency is for it to degrade."

Pipelines installed in the U.S. in the past five years have the highest rate of failure of any built since the 1920s, and human error is partially to blame, said Carl Weimer, executive director of the Washington-based Pipeline Safety Trust.

"A lot of new pipelines being put in the ground just aren't being installed right, or things don't get tightened up quite enough, so within the first year or two things fail," said Weimer.

The consequences of the improper management of pipelines have come to bear in several spills in recent years, resulting in oil coursing down rivers, gushing onto city streets and contaminating many hectares of Canadian wilderness.

Alberta Energy Regulator investigations into Plains Midstream Canada, for one, found that the company hadn't inspected its pipelines frequently or thoroughly enough, did a poor job of managing the ground around its pipelines and hadn't properly trained control room staff.

A subsequent audit found the company had improved its safety practices, but not before those failures helped contribute to a 4.5-million litre oil spill in 2011 near Peace River, followed by a 463,000-litre oil leak into the Red Deer River a year later.

In 2015, a Nexen Energy pipeline south of Fort McMurray, Alta. burst, spilling about five million litres of emulsion including about 1.65 million litres of oil near its Long Lake oilsands operation. The AER's investigation into the incident continues, but Nexen's preliminary conclusion was that the pipeline design was incompatible with the ground conditions, and wasn't installed properly.

"There's been a lot of learnings in our industry that have resulted from some very unfortunate incidents," said Patrick Smyth, vice-president of safety and engineering at the Canadian Energy Pipeline Association.

Smyth said CEPA, which represents pipeline companies like TransCanada and Plains Midstream, have improved their safety practices in recent years.

He points to the fact that CEPA members spilled only about 2,500 litres of oil in 2015, with companies implementing stricter safety practices and using better inspection tools to prevent leaks.

But even as companies make improvements on safety, Fleming said getting pipelines towards the higher safety standards of industries like airlines will likely require significant financial sacrifice.

"To be able to do that, you need to have a very cautious approach to doing work, and that's something that's hard financially," said Fleming. "It does have some cost implications that we are often very uncomfortable talking about."