How many humans are needed to start a colony on Mars? 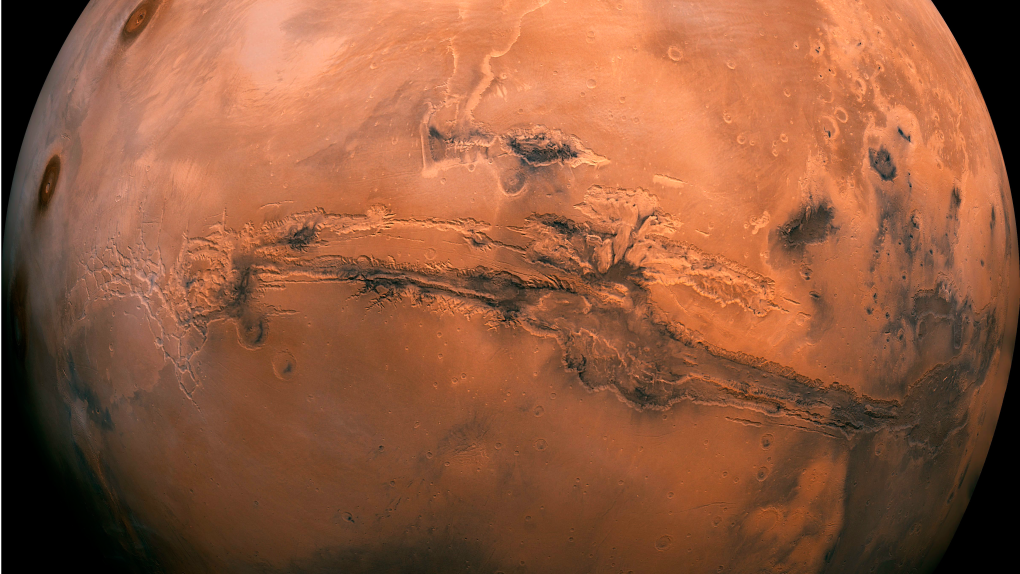 TORONTO -- A new study has determined that only 110 people are needed to help build a functioning and self-sustaining human colony on Mars.

The study, conducted by Prof. Jean-Marc Salotti of France's Bordeaux Institute National Polytechnique, found that this number of humans could be enough to create the tools and supplies needed to establish a civilization on the red planet.

"For survival on Mars, some assumptions are made for the organization of the settlers and engineering issue. The minimum number of settlers has been calculated and the result is 110 individuals," Salotti said in the study.

The study, published June 16 in the scientific journal Nature, found that having 110 people on Mars is the ideal number of people to use resources on the planet without depleting supplies.

Salotti came up with this figure using a mathematical model to determine "the feasibility of survival on another planet." According to the study, the model was based on the relation between the time requirements for implementing enterprises necessary for long-term survival and the available time of the settlers.

The study assumed that the number of resources the settlers could bring from Earth would be limited and survival on Mars would primarily rely on "available local resources," such as gas, liquid, or a mineral, in addition to human "production capacity."

"The minimum number of individuals for survival depends on their capacity to produce essential objects and consumables using local resources," Salotti said. "The initial state of the settlement is very important because large quantities of resources and modern tools may help a lot in developing industries and achieving a viable state."

Salotti explained that the settlers would have to live in an oxygen-filled dome where they would build their own agricultural industry to sustain life on the planet.

In order for the settlers to survive, the study said their capacity to work must be more than the amount of time required to build tools. Their survival would also depend on organization within the group, and their capacity to share, which would help settlers become more efficient in dividing up work, according to Salotti.

However, he cautioned that the small community would still come with risks.

The study reported that the civilization could collapse due to infertility, inbreeding, sudden deaths, accident, random events, fighting between individuals, lack of resources and loss of efficiency.

"This is especially true at the beginning of the settlement, as any accident could dramatically reduce the production capacity. In order to mitigate the risks, it will therefore be important to start with large amounts of resources and spare parts," Salotti said.

The study also accounted for possible situations where support from Earth may suddenly be cut off due to reasons such as war, or if the settlement declared independence and tried to survive as its own regime.

While the calculation is hypothetical, Salotti said the study marks the "first quantitative assessment of the minimum number of individuals for survival based on engineering constraints." He added that his work suggests that human habitation of a new planet may be easier than previously thought.

The study's findings coincide with SpaceX's current plans regarding human missions into space.

Earlier this month SpaceX became the first private company to send people into orbit as one of the first steps in U.S. tech billionaire Elon Musk’s goal to start a civilization on Mars.