How Canadian specialists could help save northern spotted owls from extinction 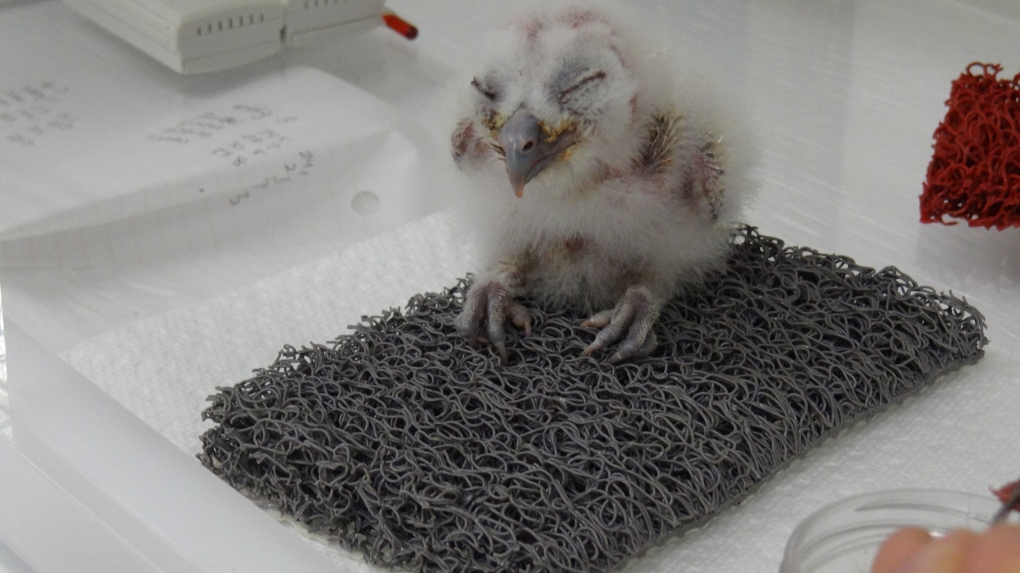 Researchers at British Columbia's Northern Spotted Owl Breeding Program centre in Langley say their fingers are crossed this spring as they delicately tend to at least one fertile egg, due to hatch within days.

"We've learned a lot," said spotted owl specialist Jasmine McCulligh, the centre's program co-ordinator. "We've seen a lot of good behaviour from our (breeding) pairs. We've just had a really good season. I'm hoping it will be our best year ever."

Breeding success will boost survival chances for the owls that are listed as endangered and near extinction, said McCulligh.

No northern spotted owls have been released since the breeding program's inception in 2007.

"We want to have a good captive population and a surplus of owls before we start releasing them into the wild," said McCulligh.

There are five breeding pairs at the centre and the goal is to double that before releasing between 10 and 20 offspring annually, McCulligh said.

When that time comes, she said they plan to release their first owls in the Bridge River-Seton watershed area near Lillooet.

But until that day arrives, the breeders will be wearing lab coats, gloves and masks as they attempt to raise newborn chicks from fragile eggs.

McCulligh said the process involves removing the fertile egg from the nest and replacing it with a robotic egg that collects data during the 32 days it takes for the real egg to hatch. The female owl sits on the fake egg while the real egg is placed in an incubator, said McCulligh.

"They are very delicate," she said. "They could get cracked accidentally. We don't want to risk a talon going through an eggshell, any bacteria on the nest."

Once the egg hatches, the breeders feed and monitor the chick for at least 10 days before placing it back into the nest, where the owl continues parenting as if nothing unusual has occurred, she said.

"She's expecting it to be 32 days sitting on this egg and then it's going to hatch and be this tiny little 30-gram chick," McCulligh said. "The timing is a lot off, but she doesn't seem to mind."

She said they've also discovered the breeding pairs are open to adoption.

"They'll take back any chick," McCulligh said. "It doesn't have to be their biological chick. We've had a chick ... who was found in the wild and she was three weeks old. We gave it to a female who had never seen a chick in her life and she and her mate took care of the chick."

And if having to sit on a robotic egg for 32 days or raising a chick from another owl isn't enough, the breeders also attempt to trick the females into producing more eggs each breeding season.

McCulligh said the breeders employ a so-called double-clutch technique where the female lays eggs twice during the breeding season. She said they immediately remove the first egg from the nest, which usually results in the female laying a second egg days later.

If all goes well, the centre plans to set up a camera and live stream the owl chick and its parents in the next several weeks.

Northern spotted owls once thrived throughout old-growth forests ranging from B.C.'s southern Interior to California. The B.C. Forest Ministry said at one time there were up to 1,000 owls in the province, but habitat loss and competition from the barred owl have reduced the population to less than a dozen.

In an effort to resurrect the population, the province protected 325,000 hectares of the owl's habitat, embarked on a cull of barred owls in spotted owl territory and launched the captive breeding program.

Protection of the owls fuelled long-running disputes between environmental groups and forest companies as their fate was often tied to saving old-growth forests where they live.

The environmental group Wilderness Committee said more than 70 per cent of the spotted owl's old-growth habitat, from northern California to B.C., has been logged.