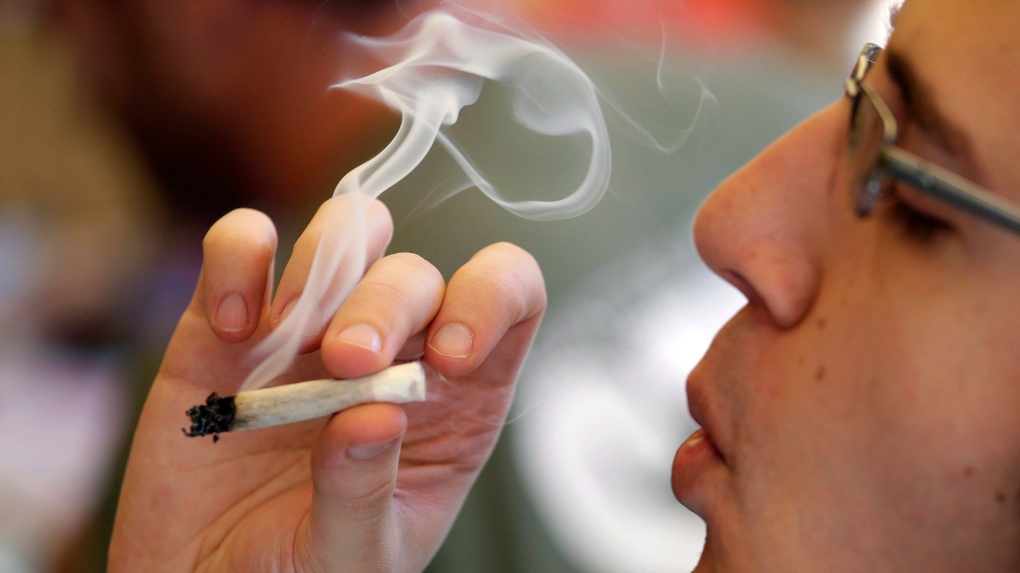 A man smokes a marijuana joint at a party celebrating weed in this April 2016 file photo. A Toronto-based healthcare technology company, has developed a test to help consumers understand their genetic sensitivity to THC, in an effort to educate consumers about safe consumption. (The Canadian Press/Elaine Thompson)

Cannabis users experience their high in many different ways, from a sleepy kind of mellowness, to anxious paranoia.

But it turns out how users handle the high isn’t entirely dependent on the strain or strength of the marijuana—genetics may also be a factor.

Toronto-based healthcare technology company Lobo Genetics has developed a test to help consumers understand their genetic sensitivity to THC, the intoxicating compound in cannabis. Through a simple cheek swab, the company hopes to educate consumers about safe consumption.

“There are indications that genetics play a role in how you respond to THC,” Lobo Genetics CEO John Lem told CTVNews.ca. “We tested about 3,000 people so far in development and the aggregated data closely relates to some of the studies that have been done.”

Using data from several studies that examined genetic variations associated with sensitivity to THC, the test is said to provide users with a comprehensive overview of their short and long-term risk for THC-induced psychosis and schizophrenia.

Within a few days, consumers have access to their results on Lobo Genetics’ website, which breaks down their risk factors for developing psychosis and memory loss.

But, according to Lem, it’s the company’s ability to understand how people metabolize THC that could prevent cannabis users from ingesting too much and experiencing a bad trip, especially when it comes to edibles.

“One of the big problems we’re seeing in Colorado is that, disproportionately, hospitalizations are coming from edibles and Canada is about to legalize that,” said Lem.

According to the company, the way the human body metabolizes THC is influenced by the CYP2C9 gene. Fifteen to twenty per cent of people carry the CYP2C9*3 genetic variant which causes them to metabolize THC two to three times slower than normal.

These “slow metabolizers” are advised to be cautious when consuming marijuana, as they could experience a more intense, increased high, especially when taking THC in an edible form.

“It’s a slow release [with edibles]. Let’s say I eat an edible and I don’t feel anything, so I eat another. Now I have double dosed,” Lem explained. “Now let’s say I have that slow genetic reaction—now I have dosed myself up to 300 per cent and I don’t even know.”

Insight into the risk of short or long-term psychosis may also be top of mind for consumers in light of recent figures from the Canadian Institute for Health Information that suggest a steady rise in cannabis-induced psychosis.

As Lobo Genetics explains, THC's intoxicating effect is caused by the release of dopamine in the brain. However, too much dopamine can trigger an increased risk of psychotic symptoms, such as hallucinations and paranoia.

Research suggests that 25 per cent of people carry the AKT1 C/C genotype, which Lobo Genetics tests for, that can cause an increased risk for THC-induced psychosis and schizophrenia.

But experts warn that many variables beyond genetic variations play into the effects of cannabis use.

James MacKillop, director of the Peter Boris Centre for Addictions Research at St. Joseph’s Hospital in Hamilton, Ont., explained that,although the science behind these genetic variations is solid, the effects are relatively small and the research is in early stages.

“The challenge is, what we increasingly know in genetics is that any single variant plays a relatively small role in how a person reacts to something like cannabis, in this case,” MacKillop told CTV News.

MacKillop added that consumers should exercise a degree of caution when trusting results from consumer-level genetic tests, including popular products like 23andMe or AncestryDNA.

“I do think that consumers have to be cautious about genetic testing because—while it may be the case that these companies are adhering of the highest standards of quality control—typically they aren’t held to medical standards,” said MacKillop.

“Many people ask, ‘Is it too early for this test to be available?’ —but in my perspective more information for the consumer is essential,” Lem said of his company’s test.

“[Cannabis] is here to stay. We don’t want to encourage it, but we want people to do it safely.”

The test is also available on Lobo Genetics’ website.