Fitness trackers for kids: Weighing the pros and cons of wearable technology 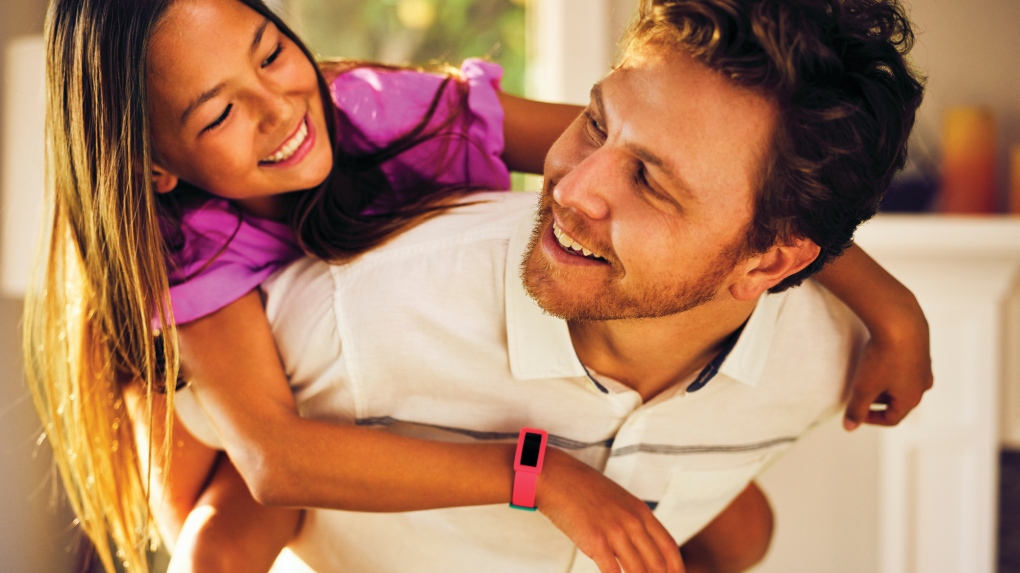 TORONTO -- Are wearable fitness trackers good for your children? With some companies marketing their products directly to kids, it may be on their Christmas wish list this year. But what are the benefits of your child wearing one and how does it affect their behaviour?

Tech writer Avery Swartz says she won’t buy her 8-year-old daughter a fitness tracker because of privacy and behavioural concerns.

“I started to notice when she was about five how habitual certain behaviours around technology can be,” Swartz told CTVNews.ca in a phone interview from Toronto. “I would be concerned about how wearable technology could start to normalize the behaviour of quantifying yourself and your activity.” She worries that the use of the device could lead to “obsessive behaviour.”

The two products that are the most popular with tech bloggers are the Fitbit Ace 2 and Garmin Vivofit Jr 2, which have the ability to track activity and sleep duration through an app. That information can be viewed by the owner or through a family account, where parents can evaluate their child’s activity.

“It won’t show features like calorie intake, weight and body fat/BMI, and public social features,” the spokesperson said in an email to CTVNews.ca in November. “Parents can easily adjust what tiles appear in the kid view setting of the Fitbit app to ensure their kid sees the stats that best motivate them to reach their goals.”

The topic of privacy and data raises an important question for Swartz: Who owns your children’s data?

“What happens to personal information and data over time?” she asks.

The 2018 report card by ParticipACTION, a non-profit organization launched as a Canadian government program, graded the overall physical activity of children and youth at a “D+”.

According to the annual report card, only 39 per cent of 5- to 17-year-olds are achieving the recommended physical activity levels outlined by the Canadian Society for Exercise Physiology (CSEP).

The CSEP recommends 60 minutes per day of “moderate to vigorous physical activity” for that age group. The organization also suggests several hours of a variety of “structured and unstructured light physical activities.”

The Fitbit spokesperson said that the device has “numerous features designed to encourage healthy habits.”

However, Swartz says the “jury is out” on whether fitness trackers are effective and build long-term fitness habits.

A 2016 study of young adults, published in the Journal of the American Medical Association, concluded that “devices that monitor and provide feedback on physical activity may not offer an advantage over standard behavioural weight loss approaches.”

While Swartz may never buy a fitness tracker for her daughter, she sees some features that could be beneficial such as the challenge feature the whole family can get involved in.

Some experts say it’s important to consider the health effects of radio frequency radiation when it comes to wearable technology.

Recent research, published by the U.S. National Toxicology Program, shows there is an association between high exposure of radio frequency radiation and the development of cancerous tumours. However, a senior scientist involved in the study said: “rats and mice received radio frequency radiation across their whole bodies. By contrast, people are mostly exposed in specific local tissues close to where they hold the phone.”

“The important thing is that even low levels of radiation have been found to cause adverse health effects,” she said. “Parents aren’t aware that these wearables and WiFi toys are emitting radio frequency radiation. Even though it’s much less than a laptop, it’s constant.”

Sleep tracking is one of the device’s features, which means kids could wear the Ace 2 to bed.

“We recommend reducing, not increasing exposure,” stresses Scarato. “It seems unnecessary to sleep with a device that’s emitting radiation, especially if your child sleeps on their hand.”

If parents do buy wearable technology for their kids, Scarato recommends putting the device on airplane mode so the wireless transmission is off, if possible. The Ace 2 does not have an airplane mode function, according to the company spokesperson.

Swartz’s advice to parents is to have an ongoing conversation with their child if they’re interested in using a fitness tracker.

“It starts with the caretaker being aware of their own online behaviour,” she said. “Educate yourself and ask those critical questions. There can be a happy medium.”