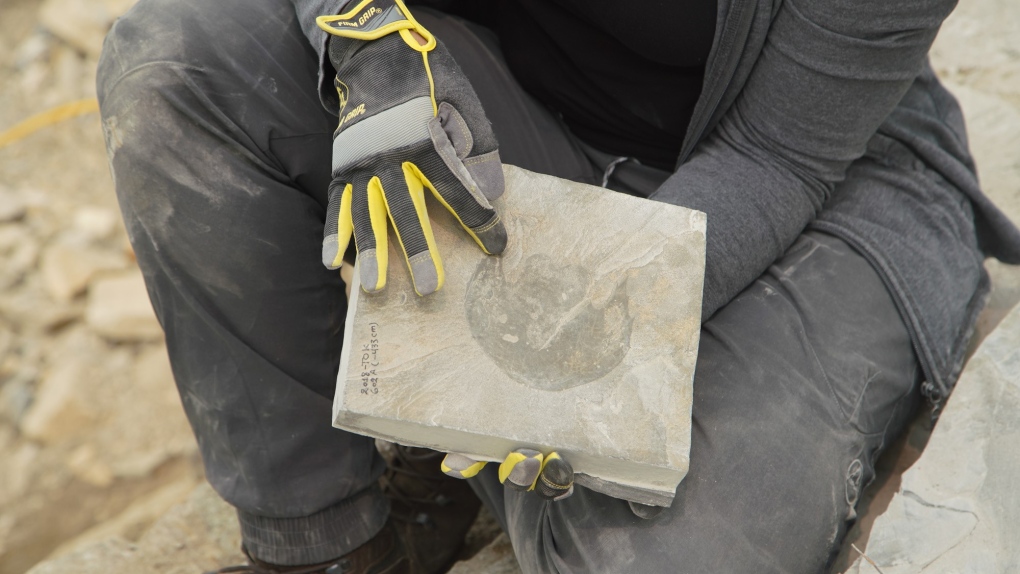 Researchers at the Royal Ontario Museum and University of Toronto have uncovered fossils of a large predatory species in 506 million-year-old rocks in the Canadian Rockies in British Columbia.

The species, described in a study published Tuesday in Proceedings of the Royal Society B, is named Cambroraster Falcatus.

"This animal has this really unique looking frontal carapace, or shield-like structure, covering its head," said Joseph Moysiuk, a PhD student at the University of Toronto and lead author of the study.

"It's like nothing we had seen before. But we actually nicknamed it in the field: The Spaceship."

The species, which is the earliest relative of insects, crabs and spiders, was found at the Burgess Shale site near Marble Canyon in Kootenay National Park.

"What makes this finding remarkable is that we found hundreds of specimens, including all of the different parts of its body, so we are able to piece back together this organism in pretty remarkable detail," Moysiuk said.

His supervisor, Jean-Bernard Caron, said it took some time to put all the pieces together.

"It was like a jigsaw puzzle or a Lego box, but you don't have the instructions," said Caron, who's a curator at the Royal Ontario Museum and an assistant professor at U of T.

In addition to its large head, the animal has a small body with flaps on the sides.

"It looks a bit ridiculous in some ways," Caron said.

Researchers believe large claws on the front of its body, which look like rakes, were used to feed on everything from worms to small larvae living between sediment grains in the mud.

Caron said they expect the animal was living at the bottom of the sea.

"They are predators but they are also prey for something larger," he said. "It's adding more complexity to the Burgess Shale. It's a level of predation that we had not encountered before."

Most animals at the time were smaller than a couple centimetres, but he said the new species was up to 30 centimetres long.

"This is a super exciting finding for us," Moysiuk said. "Because it's such an abundant organism, we know it was important in the Burgess Shale community at the time."

The Marble Canyon fossil site, home to more than a dozen new species, was found by researchers in 2012 as they worked at the nearby Stanley Glacier.

Researchers have said the area and its fossils are furthering the understanding of animal life during the Cambrian Period, when most major groups of animals appear on the fossil record.

The Marble Canyon site is about 40 kilometres south of the original Burgess Shale in Yoho National Park, which was discovered 110 years ago.

Officials with Parks Canada said the areas are magical places for fossil discoveries.

"They are static and they are in the mountains and they are not moving, but that doesn't necessarily mean there aren't new stories to be told," said Alex Kolesch, senior adviser for Yoho and Kootenay national parks.

"These fossils are a really neat way to demonstrate what Parks Canada does and what our role is here. By virtue of these sites being in national parks, we protect them and it's also really important for us to share the stories of national parks."