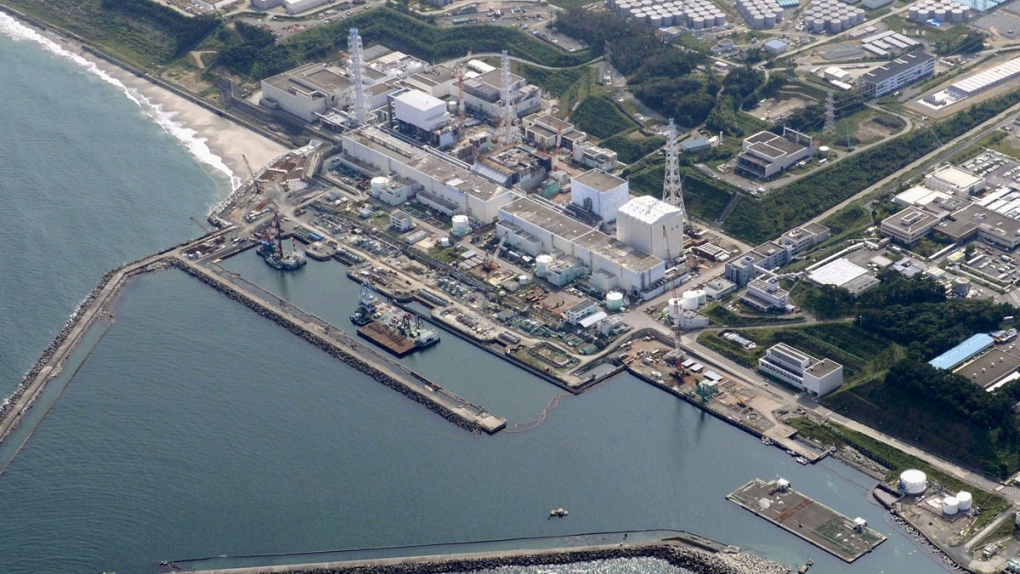 TOKYO -- After battling radioactive water leaks for five years at Japan's crippled Fukushima Dai-Ichi nuclear plant, the utility that ran it says it will need another four to finish the job.

"We will bring an end to the problem by 2020," says Yuichi Okamura, who led the Tokyo Electric Power Co. team dealing with water at Fukushima from the early days to last summer.

The contaminated water, now exceeding 760,000 tons and still growing, has been a major challenge that has distracted workers from decommissioning the plant. It is stored in more than 1,000 industrial tanks, covering much of the vast plant grounds.

Okamura says TEPCO expects that by 2020, it will have collected and treated all contaminated water pooled around the reactors, and will need to continue processing only the water necessary to cool the reactors.

TEPCO has managed to reduce the flow of contaminated water and hopes to get regulators' approval within a month to activate an underground "ice wall" that would block out more water. The final step, though, remains contentious: Getting permission to release the water into the sea, after it has been treated to remove most radioactive elements.

Okamura, now a general manager in TEPCO's on-site nuclear power division, pledged to keep the water securely stored until a decision is made. The volume, he said, is beyond imagination.

"Contaminated water floating around and posing a constant risk of leaks disturbs the steady progress toward decommissioning," he told The Associated Press in an interview this week.

The most daunting element of the decommissioning process is still years from even beginning. The government and TEPCO hope to start removing nuclear debris from the reactors in 2021, a task expected to take decades.

The March 11, 2011, earthquake and tsunami knocked out power to the plant's cooling systems, sending three of its reactors into meltdown.

The three damaged reactors still need to be cooled with water to keep their melted cores from overheating. The water picks up radiation and leaks out through cracks and other damage from the disaster. The water flows to the basements, where it mixes with groundwater, swelling the volume of contaminated water.

TEPCO has cut groundwater infiltration to 150 tons per day, nearly one-third of the amount two years ago, mainly by pumping out groundwater upstream and directing it to the ocean. The utility hopes the underground ice barrier will eliminate all groundwater inflow.

Radioactive water continues to leak into the ocean, but at a far lesser rate than it did early in the disaster. Ocean radiation levels are about a thousandth of what they were soon after the accident, according to Ken Buesseler, a radiochemist with Woods Hole Oceanographic Institution (WHOI) who has monitored the area. Because of concerns about the health of marine life, commercial fishing is still banned in waters just off the plant.

The government is evaluating experimental technology to separate tritium, but experts at the International Atomic Energy Agency and Japan's Nuclear Regulation Authority say that is impossible. Those experts have urged the government to gain public acceptance for a controlled release of the water into the ocean. Fishermen and other local residents have been opposed and could discourage the government from going ahead.

Okamura was tasked with setting up the first water treatment system and its upgraded editions. His tenure was plagued with accidental leaks and other problems, but the project reached a milestone last year when all the stored water had been filtered.

"Nobody else in the world has treated so much highly radioactive water," he said.