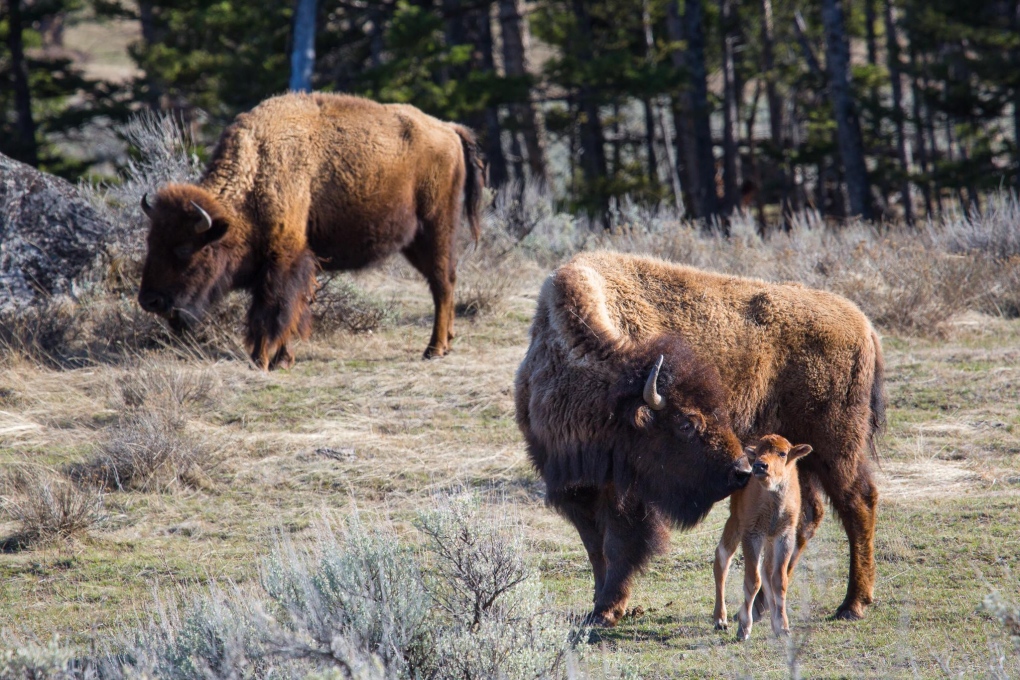 New research suggests that climate change has mysteriously caused lakes in a northern protected area to nearly double in size, forcing a herd of at-risk bison off some of their best habitat.

Lakes in the Mackenzie Bison Sanctuary off the northwest shore of Great Slave Lake are now bigger than any time in at least the last 200 years, said Josh Thienpont, a University of Ottawa scientist and a lead author on th e paper, published Thursday in the journal Nature.

"The whole landscape does appear to be getting wetter," he said.

Thienpont and his colleagues grew intrigued with the 10,000-square-kilometre sanctuary after people from Fort Providence, N.W.T., pointed out things were changing.

"Some of the local community had noticed that it was more difficult to travel on the landscape because it was wetter," Thienpont said.

Thienpont and his colleagues examined satellite imagery of the area between 1986 and 2011. They found the proportion of the land covered by water had almost doubled, from 5.7 per cent of the total area to as high as 11 per cent.

Some lakes didn't change much. But some had grown dramatically, including one that is now more than eight times larger.

That was enough for the team to suspect climate change.

"The change seems to be an increase over time," said Thienpont. "It's not just up and down.

"It seems that many of the things that are going on in this region in terms of water levels, precipitation, temperature, would favour the kind of lake increases that we're recording."

That suspicion was confirmed when they looked at soil and sediment analyses. The lakes are now bigger than any time during at least the last two centuries, meaning the expansion couldn't be the result of long-term natural cycles.

Still, it's a complex landscape and exactly how climate change acts to flood the lakes isn't yet well understood.

"That's something we're working on, to try and isolate that mechanism. There's a lot of potential drivers and there's probably not a single driver."

But the impact is clear on the sanctuary's 2,000 to 3,000 bison - Canada's last herd of genetically pure, tuberculosis-free wood bison, considered a species at risk. As the lakes grow, they drown out the sedge meadowlands around their banks that are the animals' favourite food.

Aerial surveys done by the Northwest Territories show the animals are increasingly straying outside the sanctuary. They are an increasing hazard on Highway 3, which forms its western border.

"The flooding of this area may be resulting in the movement of the bison out of that preferred habitat," Thienpont said. "There is the potential to find bison not too far from Yellowknife now, which was not the case before."

What's happening in the sanctuary is unusual. Many northern areas are responding the climate change by getting drier, with lakes draining away as permafrost melts beneath them.

The sanctuary is a reminder that climate change impacts vary, said Thienpont.

"It shows that the same stressor can have varying impacts in different landscapes. It shows the responses of ecosystems are complex and the consequences of climate warming can impact every component of an ecosystem - not just the terrestrial, but also the animals living in an area."