Cannabis vs. tobacco: What science says about the health risks of smoking 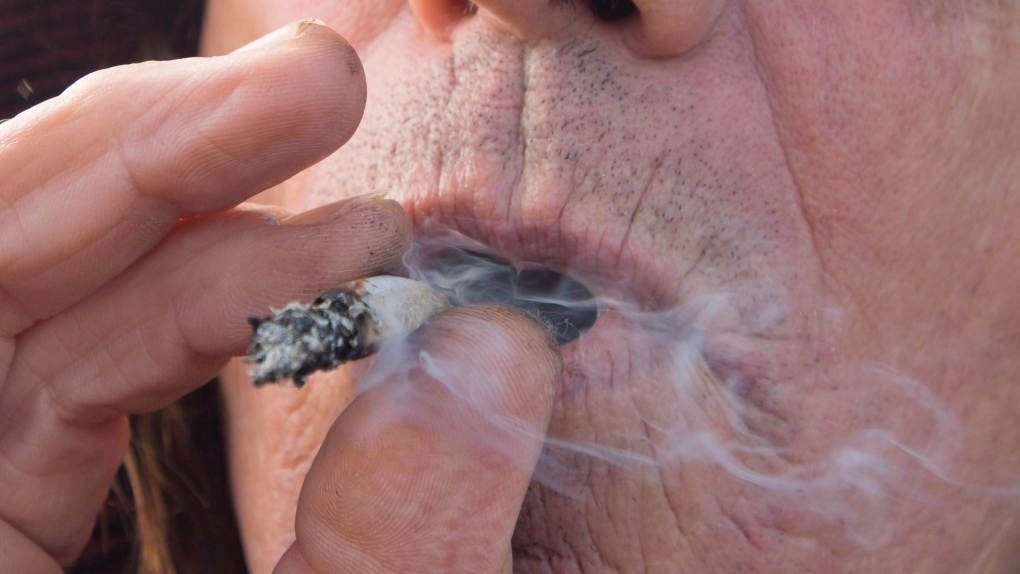 As more states make it legal to smoke marijuana, some government officials, researchers and others worry what that might mean for one of the country's biggest public health successes: curbing cigarette smoking.

Though there are notable differences in health research findings on tobacco and marijuana, the juxtaposition strikes some as jarring after generations of Americans have gotten the message that smoking endangers their health.

"We're trying to stop people from smoking all kinds of things. Why do you want to legalize marijuana?" a New York City councilman, Republican Peter Koo, asked at a recent city hearing about the state's potential legalization of so-called recreational pot use.

Marijuana advocates say there's no comparison between joints and tobacco cigarettes. A sweeping federal assessment of marijuana research found the lung-health risks of smoking weed appear "relatively small" and "far lower than those of smoking tobacco," the top cause of preventable death in the U.S.

Unlike for cigarettes, there's evidence of certain health benefits from marijuana, such as easing chronic pain. And marijuana can be used without smoking it. Most states now have legal medical pot programs; 10 states and the District of Columbia have approved recreational use.

"They're different products, and they need to be treated differently," says Mason Tvert, a spokesman for the pro-legalization Marijuana Policy Project.

At the same time, studies have shown crossover between marijuana and tobacco use. And while smoking cannabis may be less dangerous than tobacco to lung health, pot doesn't get an entirely clean slate.

Some health officials and anti-smoking activists also worry about inserting legal marijuana into the growing world of vaping, given uncertainties about the smoking alternative's long-term effects.

Here's a look at the issues, science and perspectives:

While cigarette smoking is the top risk factor for lung cancer, some of scientific evidence suggests there's no link between marijuana smoking and lung cancer. That's according to a 2017 federal report that rounded up nearly two decades of studies on marijuana, research that's been limited by the federal government's classification of marijuana as a controlled substance like heroin.

While cigarette smoking is a major cause of heart disease, the report concluded it's unclear whether marijuana use is associated with heart attacks or strokes.

But there's strong evidence linking long-term cannabis smoking to worse coughs and more frequent bouts of chronic bronchitis, according to the report from the National Academies of Sciences, Engineering and Medicine.

The report also looked at other effects, finding a mix of possible risks, upsides and unknowns. For example, the report said marijuana can ease chemotherapy-related nausea and adults' chronic pain but also found evidence the drug is linked to developing schizophrenia and getting in traffic crashes.

In recent weeks, studies have echoed concerns about high-potency pot and psychosis and documented a rise in marijuana-related emergency room visits after legalization in Colorado.

Tobacco and marijuana use can also go together. Blunts -- marijuana in a cigar wrapper that includes tobacco leaves -- have gained popularity. And studies have found more cigarette smokers have used pot, and the other way around, compared to nonsmokers.

"One substance reinforces the use of the other, and vice versa, which can escalate a path to addiction," says Dr. Sterling McPherson, a Washington State University medical professor studying marijuana and tobacco use among teens.

The National Academies report found pot use likely increases the risk of dependence on other substances, including tobacco.

To some public health officials, it makes sense to legalize marijuana and put some guardrails around it.

"For tobacco, we know that it's inherently dangerous and that there is no safe amount of tobacco to use," says the New York City Health Department's acting director of tobacco policy, Dr. Achala Talati. Whereas with marijuana, her colleague Rebecca Giglio added, "we see this as an opportunity to address the harms of criminalization while also regulating cannabis."

SO WHAT ABOUT VAPING?

Vaping -- heating a solution into a vapour and inhaling it -- has been pitched as a safer alternative to smoking.

Experts have said vaping pot is probably less harmful to the lungs than smoking it, though there's little research on the health effects over time, and they worry about its potency when vaped.

The American Lung Association is concerned that vaping will ultimately prove damaging to lung health and is alarmed about a surge in underage e-cigarette use. And adding legal marijuana to the picture "only makes it a more complicated issue," says Erika Sward, an assistant vice-president.

Others, though, think policymakers should view vaping as a relatively safe way to use pot.

"I would say the risks are going to be less with that form of consumption," says Rebecca Haffajee, a University of Michigan health policy professor who co-wrote a 2017 piece calling for recreational marijuana programs to allow only nonsmokable forms of the drug.

Meanwhile, some local governments have adjusted public smoking bans to cover both vaping and pot. The Los Angeles County Board of Supervisors tweaked its prohibition just last month.

As a former cigarette smoker, New Yorker Gary Smith is dismayed that his home state might OK smoking pot.

He knows research hasn't tied smoking marijuana to lung cancer, which killed three cigarette smokers in his family and struck him 20 years after he quit; he's been treated. But he fears the respiratory risks of marijuana smoking aren't fully known.

"It's crazy that the government, in order to raise (revenue from) taxes, they're permitting people to suck this stuff into your lungs," says Smith, 78, an accountant from Island Park.

Hawaii physician and state Rep. Richard Creagan feels no less strongly about cigarettes. The ex-smoker and Democrat from Naalehu this year unsuccessfully proposed all but banning them by raising the legal age to 100.

Meanwhile, he'd like Hawaii to legalize recreational marijuana, an idea that fizzled in the state Legislature this year.

Creagan, 73, thinks pot benefits people's well-being more than it risks their health, and he expects non-smoking alternatives will reduce the risks. Plus, he figures legal marijuana could replace cigarette tax revenue someday.

Peltz is a member of AP's marijuana beat team