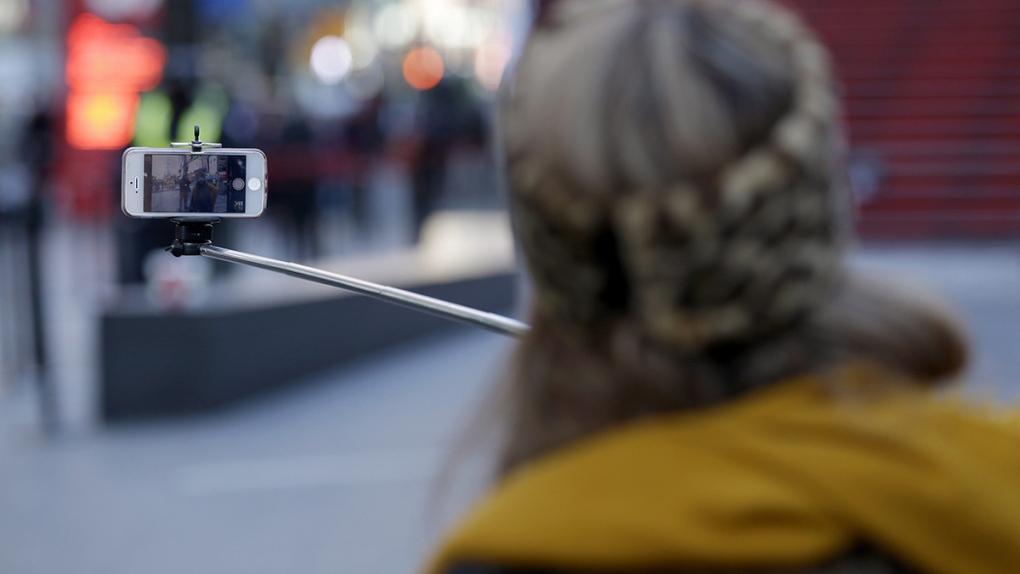 Sandy Johal uses a selfie stick to take a picture of herself in Times Square in New York, Thursday, Jan. 8, 2015. (AP / Seth Wenig)

The Canadian Museum for Human Rights in Winnipeg is the latest public facility to ban the use of selfie sticks.

The handheld device lets users attach a camera or smartphone in order to take a selfie from farther away than arm’s length.

Maureen Fitzhenry, a spokesperson for the museum, said the facility has imposed the ban for a number of reasons, primarily to ensure the safety of both visitors and the exhibits.

Museum staff are concerned that a long pole will obstruct other visitors’ ability to move about the exhibits, Fitzhenry told CTV Winnipeg. The museum also wants to preserve a respectful environment, given the nature of some of the exhibits, she said.

Tripods for cameras are also not allowed at the museum.

The museum has not had any incidents related to selfie sticks, but it is following the lead of other facilities in the United States and Canada that are banning the tool to protect their collections of art and artifacts.

Washington’s National Gallery of Art, New York’s Museum of Modern Art and L.A.’s Getty Center have all reportedly banned the selfie stick, though it is not named in lists of banned items on their websites.