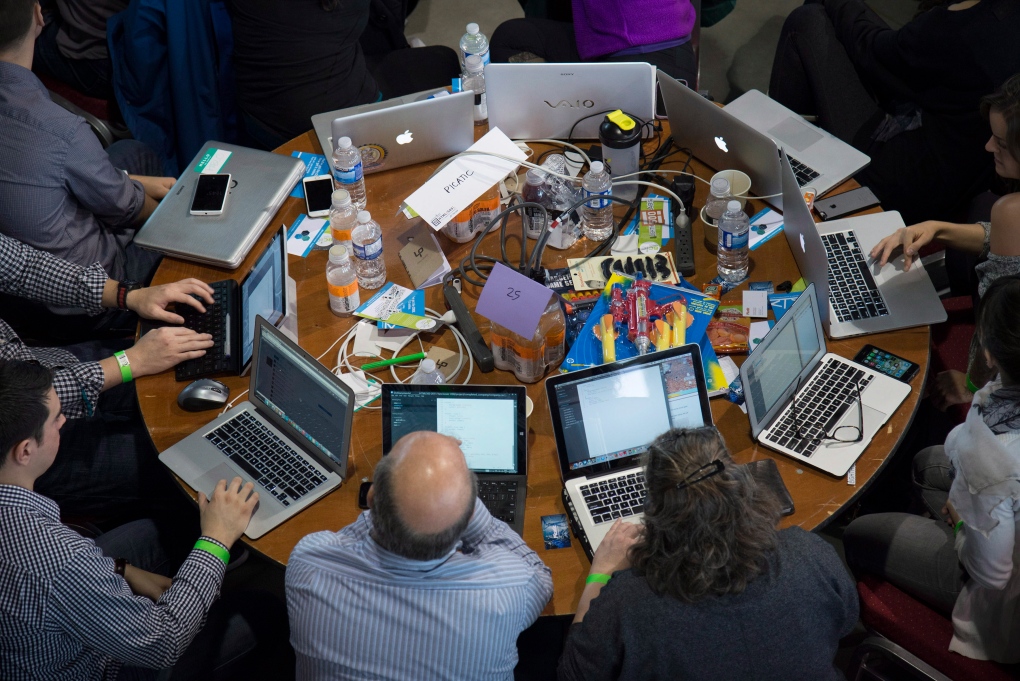 Trudeau joined the co-founders of Canada Learning Code and Code.org to mark the launch of Computer Science Education Week at an event called Hour of Code.

Founded four years ago by Seattle-based Hadi Partovi, the Hour of Code aims to ensure that every student in the developed world has an opportunity to, at the very least, learn the basic building blocks of computer coding.

"Kids at this age, in eighth grade, ninth grade, should be exposed to the basics of computer science," says Partovi.

But it doesn't mean that every student needs to be a software programmer, Trudeau told several dozen students gathered around small tables at e-commerce firm Shopify's downtown Ottawa headquarters.

"Every job we're going to do in the future will rely on technology and be benefited if you are powerful users of the technology that surrounds us," Trudeau said.

While nearly all youth in Canada are tech consumers, they aren't given enough opportunities to actually build the technology they use, said Melissa Sariffodeen, who heads Ladies Learning Code.

A report released in March projected that Canada's economy will create at least 218,000 tech jobs between now and 2020.

But the Information and Communications Technology Council (ICTC) says there aren't enough people to fill them.

That's a concern for Trudeau, whose Liberal government campaigned during the last election on a platform grounded in building Canada's future economy.

"This is part of making sure we have a great resource in terms of young people who understand how to code and understand how important it is," the prime minister said as he sat and watched young students navigate simple coding projects on small blue notebooks.

"And that's what we're working on right here."

The not-for-profit ICTC has called for reforms to education and economic policies, including starting computer science education in kindergarten and offering tax credits to small businesses to hire IT people.

With so many jobs becoming tenuous as a result of changing technology, it's important that schools expose students to high-tech opportunities that could lead to more stable employment, Sariffodeen said.

Businesses are falling behind in adopting new technologies, she said, adding that more needs to be done to encourage women, aboriginals, immigrants and people with disabilities to fill the country's high-tech gap.

"Parts, if not all, of our work will be transformed by technology," said Sariffodeen.

"So it's not just about creating (software) developers for the future, but it's about up-scaling Canadians as well to have enough understanding of technology that, as their jobs change, they can keep up with them."