Attention armchair astronomers: Here's how to watch the asteroid

An asteroid hurtling through space is passing closer to the Earth on Friday than any other known, similarly-sized object ever has -- and anyone who's interested can have a front-row seat to the event online.

NASA says the space rock, known as 2012 DA14 (not to be confused with the meteor that passed over Russia early Friday), will pass within 27,650 kilometres of Earth at 2:25 p.m. ET Friday.

The asteroid, which is 45 metres in diameter, or roughly half the size of a football field, will come closest to Earth over Indonesia. As it passes, it will be closer than the moon and even Earth's ring of orbiting weather and communications satellites.

"This is a record-setting close approach," said Don Yeoman of NASA's Near Earth Object Observation Program. "Since regular sky surveys began in the 1990s we've never seen an object this big get so close to Earth."

For space geeks, amateur astronomers and armchair astronauts alike it's a once-in-a-lifetime opportunity -- and NASA wants everyone to share in the fun. Although the asteroid won’t be visible to the naked eye -- and only those in Asia, Australia and eastern Europe will be able to see it with a telescope or powerful binoculars -- the U.S. space agency is offering lots of opportunities for people to watch the event online. 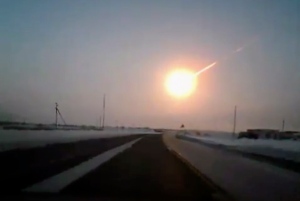 What are meteors and how common are they?