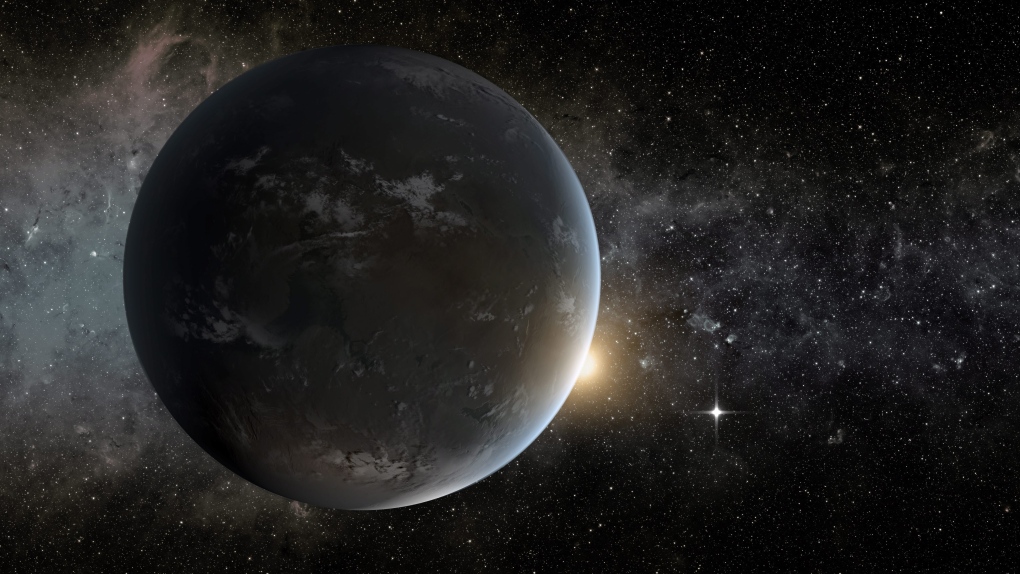 This artist rendering released by NASA shows a planet outside the solar system that was detected by NASA’s Kepler spacecraft. (NASA)

NASA is teasing space enthusiasts, hinting that it may have some big news to announce about other Earth-like planets in the Milky Way.

The space agency said it plans to share a new discovery from its Kepler Space Telescope at a news conference scheduled for 9 a.m. PDT on Thursday.

The Kepler mission, launched in 2009, is dedicated to finding Earth-like planets in what scientists call the "habitable zone," or the region near stars where orbiting planets might have the conditions to support the existence of liquid water.

Since its launch, the Kepler telescope has discovered more than 1,000 planets and more than 3,000 planet candidates, including those in the habitable zone.

But on Wednesday, NASA hinted that the latest discovery may be one of the most earth-like planets ever found.

"Exoplanets, especially small Earth-size worlds, belonged within the realm of science fiction just 21 years ago," a press release by the agency said. "Today, and thousands of discoveries later, astronomers are on the cusp of finding something people have dreamed about for thousands of years -- another Earth."

The suggestive statement already has the Internet abuzz with theories that the agency might have found a planet capable of sustaining life.

To find out if NASA really has discovered "another Earth," the agency is encouraging space exploration fans to tune into a livestream of Thursday's teleconference, and to check out their Kepler mission website.