Alleged lack of protection for caribou prompts lawsuit against McKenna 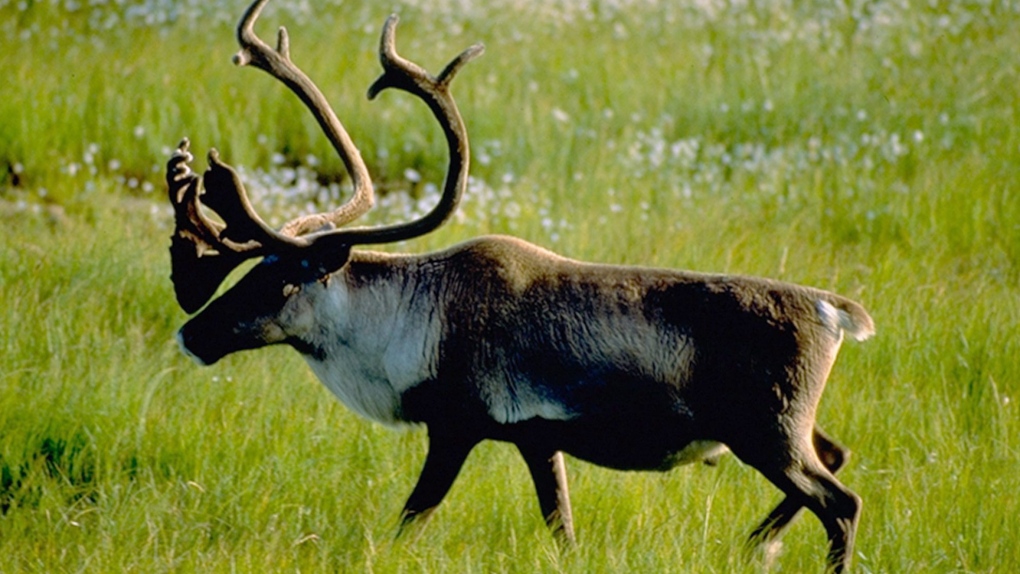 A woodland caribou bull is seen in this undated handout photo. (Mike Bedell / THE CANADIAN PRESS)

OTTAWA -- A wildlife advocacy group is taking Environment Minister Catherine McKenna to court for allegedly failing to tell Canadians how the country's woodland caribou are being protected.

The Canadian Parks and Wilderness Society said Thursday it had filed an application for judicial review in Federal Court in Montreal.

The Species at Risk Act requires the environment minister to "form an opinion about whether or not the critical habitat of the woodland caribou is protected," lawyer Frederic Paquin told a news conference.

"She was supposed to form that opinion more than four and a half years ago and she failed to do so," said Paquin. "She is quite late."

The original failure to report occurred under the previous government, but there have also been no reports since the Liberals and McKenna took office in 2015.

The woodland caribou habitat was publicly identified by Environment Canada in 2012. The Species at Risk Act says once the habitat of a species at risk is identified, the minister of environment has six months to determine if any part of that habitat is unprotected.

Every six months after that, the minister is to produce a report on the progress towards protecting it until full protection is achieved.

The wilderness society says there have been no reports at all since 2012.

It's not just about producing reports for the sake of doing so, said Eric Hebert-Daly, the society's national executive director. The purpose of the reports, he said, is to drive a work plan to actually protect the animals.

Hebert-Daly calls the caribou an "umbrella species." Protecting their boreal forest habitat would also protect the habitat of many others, as well as fresh water sources and carbon sinks which help combat climate change.

A spokeswoman for McKenna said Environment and Climate Change Canada officials will review the court filing, but won't comment on it since it is a matter before the court.

Marie-Pascale Des Rosiers said McKenna met with her provincial and territorial counterparts in February to discuss species at risk including the boreal woodland caribou.

"Our government is committed to the protection and recovery of Canada's species at risk, such as the boreal caribou, in a timely manner using conservation measures based on sound science and robust recovery plans," Des Rosiers said in a statement.

The woodland caribou habitat spans nine provinces and territories. Historically, their range covered more than half of present-day Canada, but they now occupy about 2.4 million square kilometres, about half their 19th-century territory. They used to be found as far south as the northern United States in places like Washington, Idaho, Minnesota, Michigan and parts of New England.

The species was designated in 2002 as threatened by the Committee on the Status of Endangered Wildlife in Canada. In 2011 Environment Canada estimated there were about 34,000 woodland caribou in 51 ranges in nine provinces and territories from Newfoundland to the Yukon.