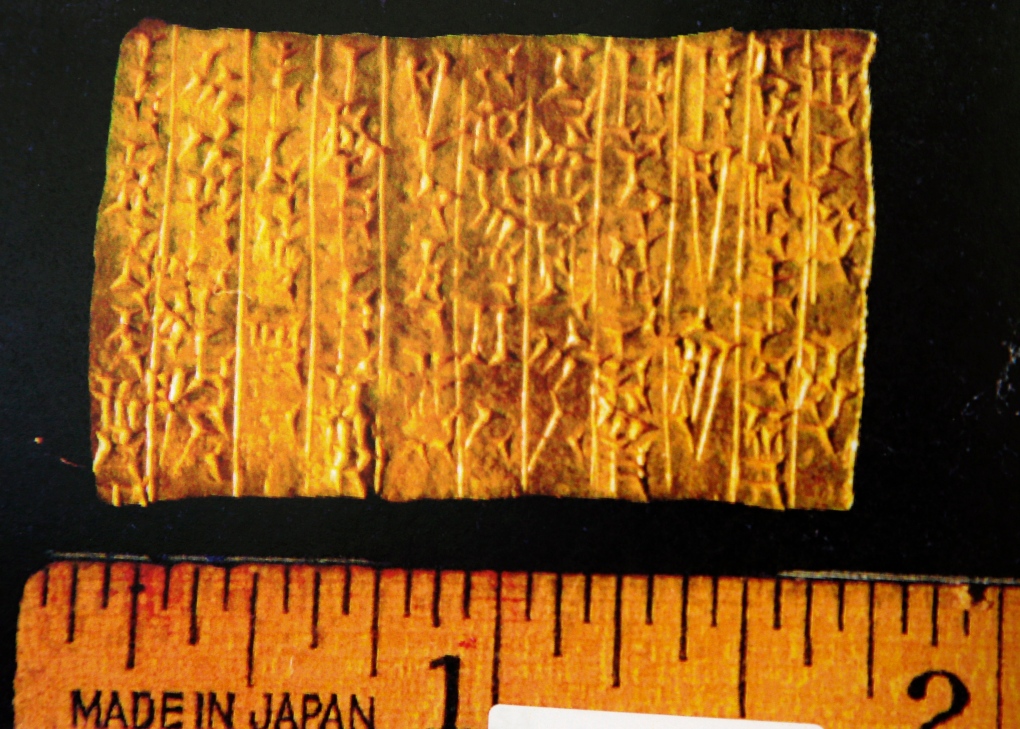 MINEOLA, N.Y. -- A 3,000-year-old gold Assyrian tablet stolen from a German museum during the Second World War and later possessed by a Holocaust survivor -- who may have gotten it in a trade with Russian soldiers for some cigarettes -- is being returned to Berlin, a New York judge said Wednesday.

Smaller than a credit card and weighing about one-third of an ounce, the relic known as the Ishtar Temple Tablet had been the subject of a New York legal battle over its ownership.

Last month, the state's highest court ruled that the estate of Riven Flamenbaum is not entitled to the relic. On Wednesday, Nassau County Surrogate's Court Judge Edward McCarty signed an order transferring ownership of the relic back to the Vorderasiatisches Museum, part of the renowned Pergamon Museum in Berlin.

"The museum must display it and make it available to both scholars and the mere curious," McCarty said.

Flamenbaum, an Auschwitz survivor, brought the tablet to the United States when he settled in New York after the war. Family lore says he got it by trading cigarettes to a Russian soldier while in a camp for Holocaust survivors after the war. His relatives did not know of its existence until after he died in 2003, attorneys said.

Attorney Raymond Dowd, who represented the German museum, said Flamenbaum's son, Israel, made inquiries after its discovery about the tablet's true ownership. That inquiry eventually led to the court battle decided last month. The state Court of Appeals rejected claims that the tablet be considered a spoil of war.

Flamenbaum's estate had argued that the Russian government, when it invaded Germany, gained title to the museum's property as a spoil of war, and then transferred that title to Flamenbaum. Exactly how Flamenbaum obtained the tablet, and how it was stolen from the museum, may never be known, Dowd said.

According to court documents, the tablet dates to 1243 to 1207 B.C., during King Tukulti-Ninurta I's reign. Placed in the foundation of the temple of the fertility goddess, its 21 lines call on those who find the temple to honour the king's name.

It was excavated a century ago by German archaeologists from the Ishtar Temple in what's now northern Iraq. It went on display in 1934 and disappeared after the start of the war.

The Court of Appeals said there was no proof that Russia ever possessed the tablet, and that it was U.S. policy during the Second World War to forbid pillaging of cultural artifacts.

In 1945, the Berlin museum's premises was overrun, with many items taken by Russians, others by German troops and some pilfered by people who took shelter in the museum. The museum director was not in a position to say who took it, only that it disappeared.