2014 tech trends: Canadians predicted to double up on TV services 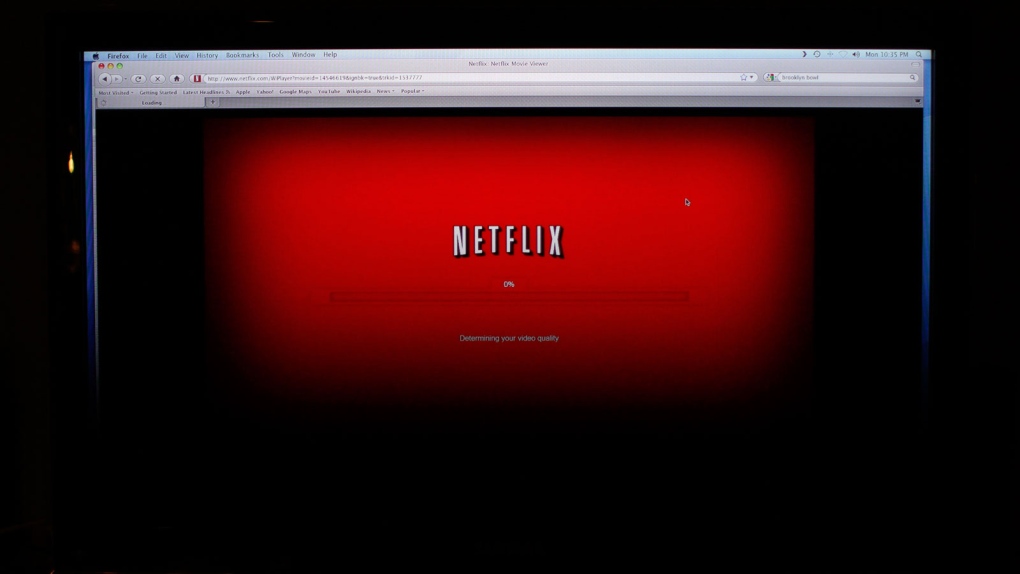 MONTREAL -- For Jeff Taylor, the monthly cost of having Netflix is akin to what he spends at the coffee shop every couple of days.

Taylor subscribes to the online TV service in addition to his cable TV package, making him one of a growing number of Canadians paying for both traditional and at least one online TV service, says Deloitte Canada in its 2014 tech predictions.

Taylor hasn't cut his cable package because he likes some of the TV specialty channels, such as the Food Network and live sports.

But he likes Netflix, too, because it's handy for his children and he can "blow through" 10 seasons of a show in week.

And besides, at a penny under $8, he figures the cost is minuscule.

"I'm spending that on a coffee and bagel over two days at Timmy's," said Taylor, referring to his trips to Tim Hortons.

More than 2.5 million Canadian households will have multiple TV subscriptions, paying for TV through a traditional provider and at least one other online TV service, according to the Deloitte study, released Tuesday.

"Virtually nobody in Canada is actually stopping paying for TV," said Duncan Stewart, director of research at Deloitte in Toronto.

He calls these consumers "cord stackers" as opposed to so-called cord cutters.

About 11.8 million Canadian households subscribed to a traditional TV provider in 2013 while only about 10,000 households cancelled their TV service.

Stewart's second tech trend is that more seniors will use smartphones this year. He predicts seniors will start closing the "smartphone generation gap," adding they are the fastest growing demographic for adopting smartphones, both globally and in Canada.

"Everybody else already owns one. Therefore, the only market left is people 55-plus. Just over 30 per cent of this demographic owns smartphones."

Susan Eng of seniors group CARP said she wasn't surprised by the prediction.

"Remember who the seniors are today -- they're boomers who just got to the age called seniors," said Eng, vice-president for advocacy. "They are early adopters of technology to begin with and they've just carried on."

She said a smartphone "unleashes you from staying in your home" and allows seniors to have their family and emergency contacts with them.

And they're a way of staying in touch with family, said Eng, who video chats with her young grandson.

Third on Stewart's list is eVisits, an electronic alternative to face-to-face visits for basic medical diagnoses to help reduce waiting times in hospital emergency rooms. He's predicting there will be 75 million eVisits in 2014 in North America, potentially saving more than $3 billion compared with in-person doctor visits, he said.

"You're not sitting in front of a computer with a webcam."

Instead, a patient fills out online forms screened by nurses and doctors, Stewart said, adding that only 30 to 40 per cent of all doctor visits can be addressed by such eVisits.

Also included in the predictions is the growing appeal of phablets, part tablet and part smartphone. Phablets are expected to represent one quarter of global smartphone sales in 2014, worth $125 billion, Deloitte said.

Deloitte is predicting the market for so-called wearable computers -- watches that check email, fitness bands that track movement and glasses with built-in video screens, will exceed $3 billion. About four million pairs of smart glasses are expected to sell at a price point of about $500, making up the bulk of the sales of wearable computers.

And the global value of premium sports video rights will increase by 14 per cent in 2014, compared with growth of five per cent from 2009 to 2013, Deloitte said.

This surge will be led by North American leagues, including the recent 12-year, multibillion-dollar deal between the National Hockey League and Rogers Communications (TSX:RCI.B) for television and multimedia broadcast rights for NHL games.

"That's not the end of the story. It's going to happen with football, baseball, basketball," Stewart said.