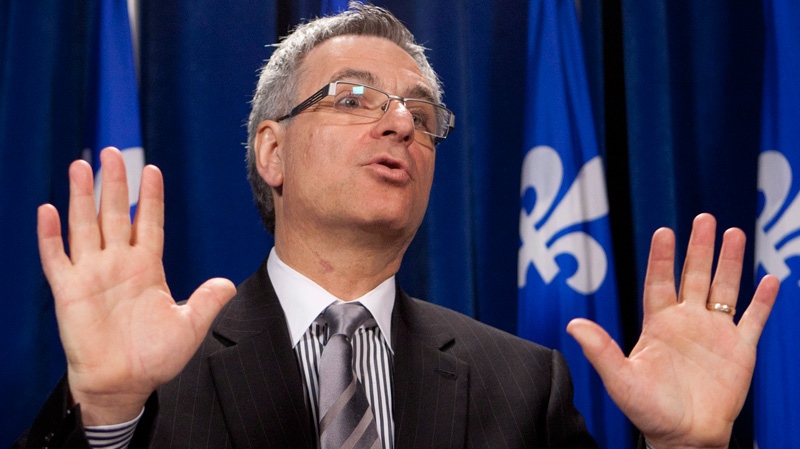 Quebec Justice Minister Jean-Marc Fournier comments on a government decision to go to court on the validity of Bill C-7 on senate reform Tuesday, May 1, 2012 at the legislature in Quebec City. (Jacques Boissinot / THE CANADIAN PRESS)

QUEBEC - There will be another court battle pitting Quebec against the Harper government -- this time over Senate reform.

The Quebec government has filed a reference motion with the provincial Court of Appeal, seeking an opinion on the legality of Bill C-7.

The Charest Liberals say the bill is unconstitutional, that it threatens to affect the functioning of Canadian federalism, and that it will harm certain regions of the country.

Provincial Justice Minister Jean-Marc Fournier accuses the Harper Tories of acting unilaterally, without working with its partners in the federation.

Quebec says it cannot support Senate reform unless the provinces are consulted, because such profound changes to the country's institutions shouldn't happen with a simple piece of legislation.

Bill C-7 would set the stage for elections in the Senate, which would make the red chamber more politically powerful and create a new dynamic in Canada's two-chamber Parliament.

The Senate issue is the latest fight pitting the Harper feds against the Charest government -- and, in particular, its justice minister, Fournier, who is a former adviser to ex-Liberal leader Michael Ignatieff. He has also tangled with the Tories over the gun registry and their omnibus crime bill.