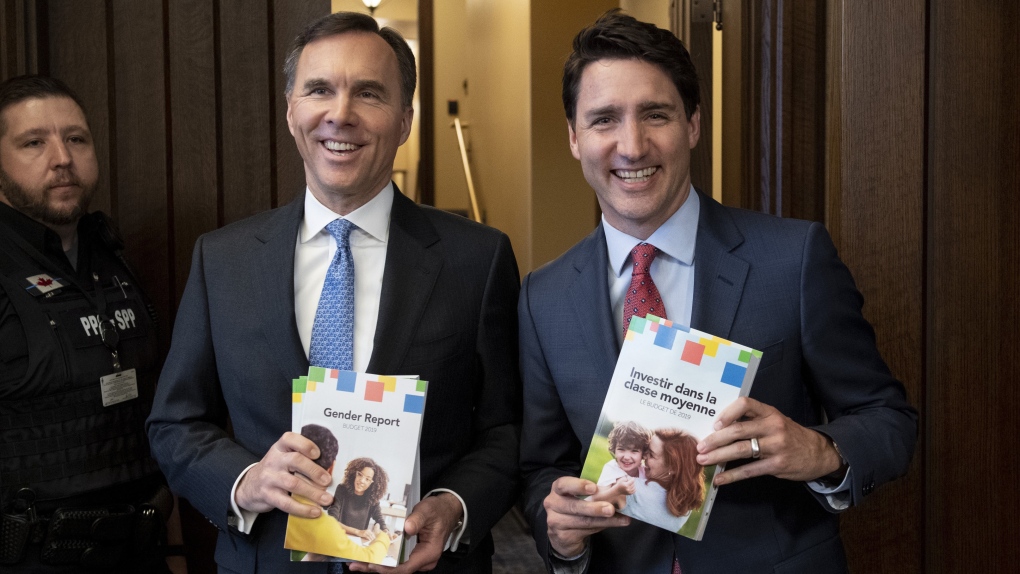 Prime Minister Justin Trudeau and Minister of Finance Bill Morneau arrive in the Foyer of the House of Commons to table the Budget, on Parliament Hill in Ottawa on Tuesday, March 19, 2019. THE CANADIAN PRESS/Justin Tang

OTTAWA - A preliminary estimate of the federal books says the government posted a surplus of $3.1 billion through the first 11 months of the fiscal year.

The number in the Finance Department's latest fiscal monitor suggests that with one month to go in the 2018-19 fiscal year, the government's balance sheet is on track to be far better than the Liberals' $14.9-billion deficit projection.

The April-to-February surplus is an improvement compared to the same period in 2017-18, when the government ran a shortfall $6 billion.

The report says overall revenues were up $23.5 billion, or 8.5 per cent, compared to same 11-month stretch the previous year, due in large part to higher revenues from taxes and incoming employment insurance premiums.

Program expenses rose by $12.7 billion, or 4.8 per cent, mostly because of increases in major transfers to individuals and other levels of government as well as higher direct program spending.

In February alone, the report says the government had a surplus of $4.3 billion.