Some Canadian diplomats who fell ill in Havana unable to work, having relapses 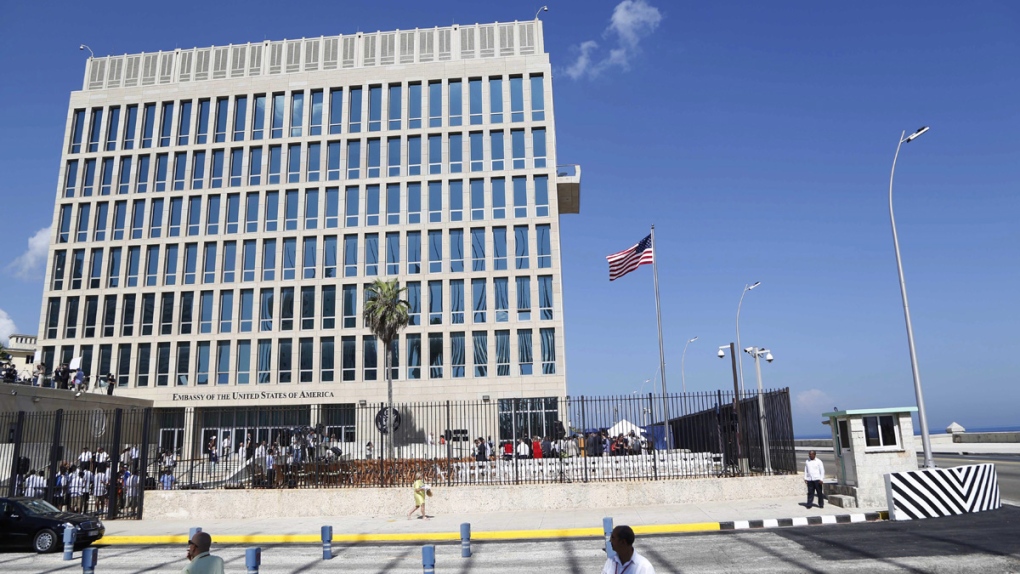 OTTAWA -- A handful of Canadian diplomats who mysteriously fell ill in Cuba last year have been unable to return to work even as investigators struggle to pinpoint the cause of their symptoms.

A Global Affairs Department official says most of the seven employees suffering dizziness, headaches and trouble concentrating are working in various new roles.

But some have been too unwell to do so, while others still experience adverse effects. Five children have also had problems.

"People have good days and bad days, depending on how much they take on," the official said. "Some are unable to work."

The official, who spoke on condition of anonymity due to the sensitivity of the file, says investigators are toiling to find the origin of the ailments, which also struck several American diplomats in Havana.

Officials have all but ruled out environmental factors -- such as toxins in the air, soil or water -- and no longer suspect some kind of sonic attack is to blame.

One thing is clear, the official said: the illnesses, whatever the cause, are genuine.

"Our empathy and sympathy is with them entirely. We meet with them very frequently to discuss concerns and to try and resolve them. It's an ongoing process."

An RCMP investigation remains active and a government task force meets regularly to gauge progress. Canada has been working with the U.S. and Cuban authorities on the puzzle.

"It's very frustrating to be experiencing health impacts and not know the cause," the official said.

Ottawa acknowledged in August 2017 that an unspecified number of Canadians in Cuba had been affected.

But as early as May of last year, Canada's mission in Havana was seeking help in working out "next steps" for Canadian staff having problems, according to records that became public early this year through the Access to Information Act.

A security situation overview noted a need to review who in the mission "is most vulnerable because of any pre-existing condition or other consideration that means they are at greater risk if they are targeted."

Canadian officials quietly began drafting statements in case of leaks to the media.

The government sent a Health Canada doctor to Cuba in June 2017 to examine staff who suffered everything from nosebleeds to short-term memory loss.

The department said in January of this year that a total of 27 people from 10 diplomatic families had undergone testing.

In April, Canada announced that diplomats posted to Cuba would not be accompanied by dependants due to the ongoing uncertainty.

A doctor is now working full time to provide advice and assistance to those who have continuing symptoms, the department official said this week.

Some employees are taking part in a study at Dalhousie University in Halifax on acquired brain injury in hopes of uncovering information that can assist with their care and to help researchers better understand the phenomenon.

Foreign Minister Chrystia Freeland said this week the department recognizes the families' suffering and is "working with them to help them heal."

Global Affairs was "slow off the mark" in addressing the wave of Cuban illness because "they didn't know how to handle it," said Pamela Isfeld, president of the Professional Association of Foreign Service Officers.

"But now they're pulling things together."

"We really need a proactive, agile, ready system in place to help people when these things happen."