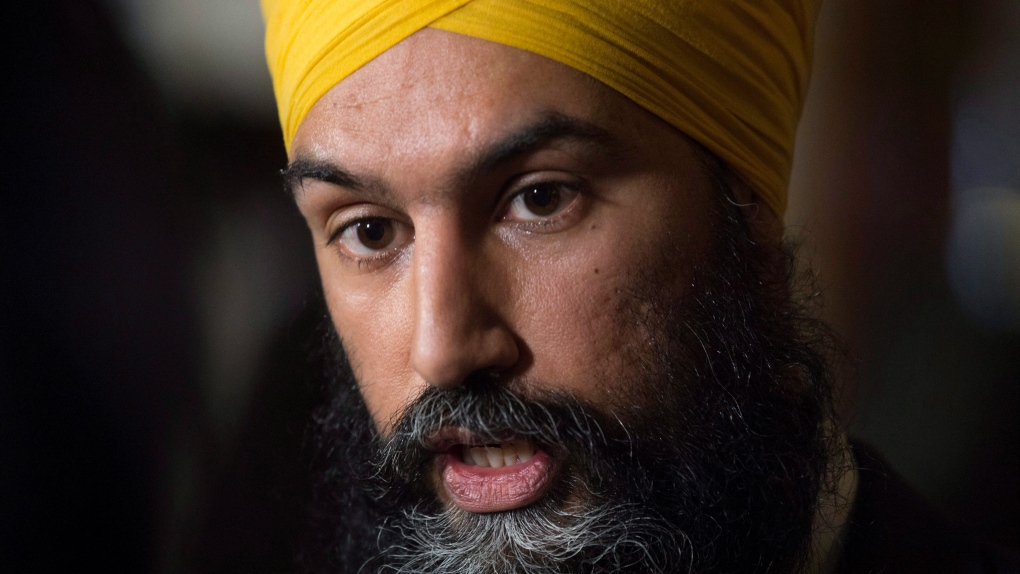 NDP Leader Jagmeet Singh is calling on the federal government to step in and take over the basic income pilot project recently cancelled in Ontario.

The pilot saw the province’s patchwork system of benefits replaced by a guaranteed minimum income for the 4,000 people enrolled in it. Single people with no other income sources could have received a maximum benefit of $16,989 per year, with married couples getting up to $24,027.

It was scheduled to run for three years, but was cancelled in the summer after the election of Ont. Premier Doug Ford and his Progressive Conservative government. Participants were told that they would receive their final payments in March 2019.

Singh made his policy proposal Tuesday during a keynote speech at the Council of Canadian Innovators in Ottawa.

He said the program could provide important information about the effectiveness of guaranteed minimum incomes, and that ending the pilot early would result in incomplete conclusions.

“It’s the right thing for us to do to step in and provide that funding,” he told reporters following his speech.

“We can actually have evidence to make a decision, as opposed to just what the Conservative government in Ontario is talking about – just hypotheses or just stereotypes.”

Ford’s PC party had pledged during the election campaign to keep the program running through the end of the three years. Children, Community and Social Services Minister Lisa MacLeod announced the reversal in July, claiming that the project was “failing” and that “a research project that helps less than 4,000 people” could not solve issues of poverty in Ontario.

Singh argued that basic income could be one solution to the issue of future job losses brought on by automation. He accused the provincial government of ignoring the detrimental effects cancelling the program could have on its participants.

“I think it’s morally very reprehensible to have people to sign up for a project for three years and to then [stop] that project prematurely,” he said.

Mayors of several communities where the pilot was running have also asked the federal government to keep the program running for the remainder of its planned three-year term. A group of 100 CEOs wrote Ford and MacLeod a letter last week asking them to reverse their cancellation of the project.

The total cost of the Ontario pilot project was estimated at $150 million. Most of that money has already been spent, Singh said.