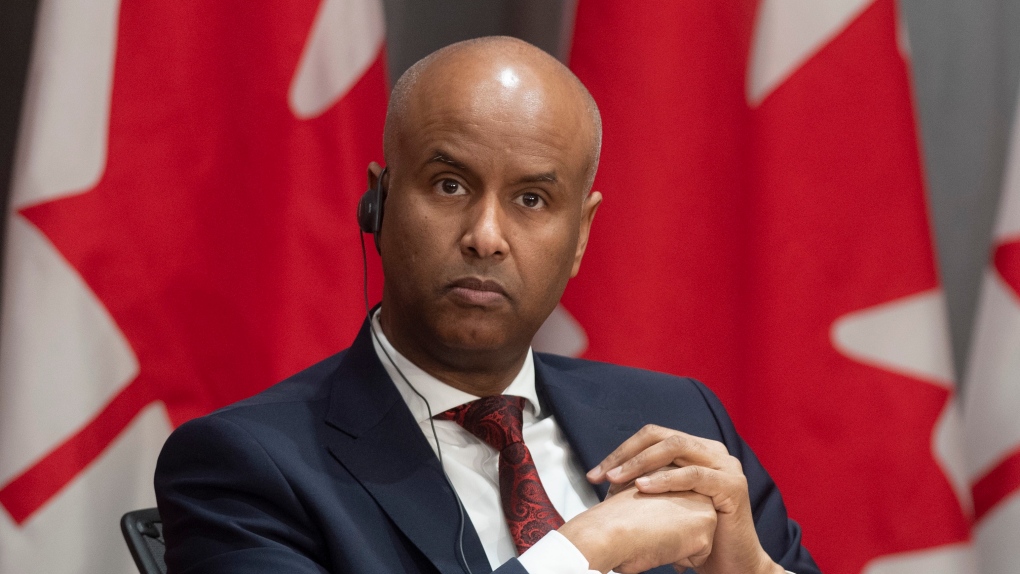 OTTAWA -- Several Black organizations were denied federal funding through a program designed to help such groups build capacity -- after Employment and Social Development Canada told them their leadership was not sufficiently Black.

Velma Morgan, the chair of Operation Black Vote, said her group received an email from the department on Tuesday saying their application did not show "the organization is led and governed by people who self-identify as Black."

The department sent a second email the next day, saying their applications were not approved because it did not receive "the information required to move forward," she said.

"As if we're incompetent or foolish and we're going to believe the second email over the original email," Morgan said in an interview with The Canadian Press.

She said Operation Black Vote, a not-for-profit, multi-partisan organization that aims to get more Black people elected at all levels of government, is one of at least five Black organizations that were not approved for funding.

The program, called the Supporting Black Canadian Communities Initiative, provides funding to Canadian Black-led non-profit and charitable organizations to help them build capacity. The applications guidelines say at least two-thirds of the leadership and the governance structure must be people who self-identify as Black. The mandate of the organization must also be focused on serving Black communities.

Morgan said everyone on her team is Black. She also said the other organizations she knows about should also not have been rejected for the reason outlined in the first letter.

"If you're from the Black community, you know that they're Black-run and Black-focused," she said.

Social Development Minister Ahmed Hussen said the initial letter his department sent to unsuccessful applicants was "completely unacceptable" and that he demanded a retraction as soon as he saw it.

In a thread on Twitter Thursday night, Hussen said he discussed with his department's officials how such a mistake could have happened and implemented measures to make sure it does not happen again.

"I will continue to work with Black Canadian organizations to improve our systems," said Hussen, who also mentioned the systemic barriers he has faced as Black person.

The department did not respond Friday to questions about why this happened and what officials plan to do next.

Morgan said the Liberal government should hire more Black people to sit at every decision-making table.

"This is an example of what happens when we don't have representation," Morgan said.

The Ontario Black History Society, a registered charity dedicated to study, preservation and promotion of Black history and heritage, is one of the groups that received both letters and had its application rejected. In an emailed statement, the organization said ESDC did not provide any reasons for why they were declined outside the two letters.

Former MP Celina Caesar-Chavannes, who left the Liberal caucus several months before the 2019 election to sit as an Independent, said many of the organizations she knows did not receive funding do not want to say anything publicly. She said they are worried speaking out will lead to the government denying them other funding chances.

"Why should these organizations be afraid of trying to speak up when something goes wrong?" said Caesar-Chavannes, who posted copies of the ESDC letters to Twitter after receiving them from the organizations that had received them.

"That's the problem with how the government operates."

Morgan said the letter also came after months of waiting, as her organization applied to get support to purchase equipment and retrofit its facilities in June. She said organizations were told they would get an answer in September but did not hear back until this week when they received the first letter.

"We hardly get any money from the government at all," she said, while adding the rejection will not affect her group's ability to operate.

Caesar-Chavannes said that the number of organizations that contacted her has grown since she posted about the issue on Twitter.

This report by The Canadian Press was first published Jan. 15, 2020