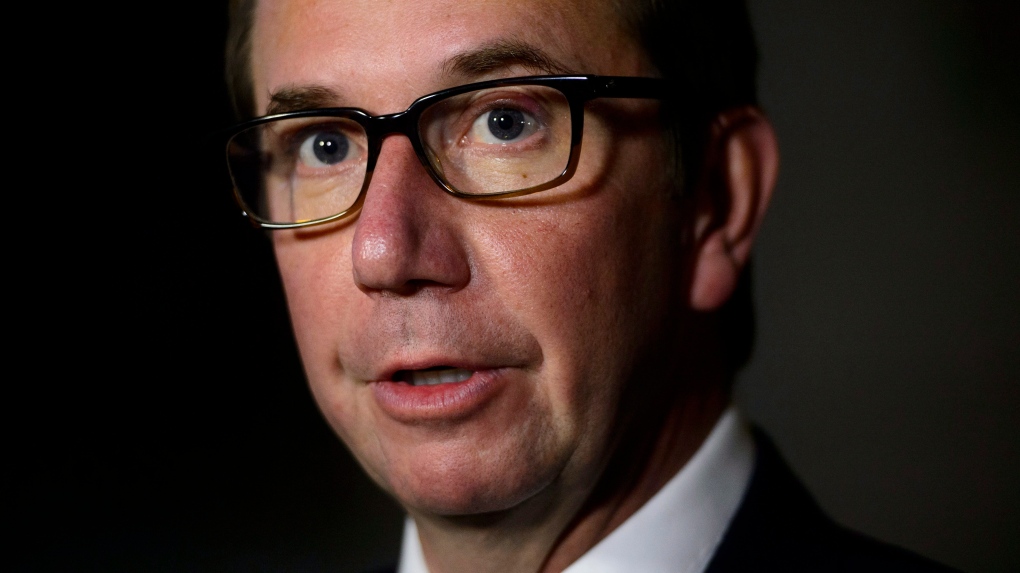 Treasury Board President Scott Brison speaks in the foyer of the House of Commons on Parliament Hill in Ottawa on Wednesday, Sept. 19, 2018. THE CANADIAN PRESS/Sean Kilpatrick

OTTAWA -- Testing of prototypes to replace the federal government's troubled pay system will begin within weeks, but there is no firm deadline for when a new system will be fully launched, the minister in charge of finding a substitute for Phoenix said Wednesday.

Treasury Board President Scott Brison said he's hoping to have a better idea by early 2019 about which new pay system the government will use.

"There will be working prototyes being tested by public servants in the coming weeks and months," Brison said.

"We will have working prototypes . . . tested in this calendar year."

But the government doesn't want to repeat mistakes of the past by launching too early, Brison told an Ottawa news conference.

Any new system that replaces Phoenix must be fully tested and people have to be properly trained to operate it first, he said.

"We hope that we will have more clarity on a way forward by spring," said Brison.

"But again, we are not rushing to conclusion until there is exhaustive user testing of multiple working prototypes."

Brison spoke as human resource system companies learned about the government's procurement process Wednesday as part of an Industry Day event, where they were able to ask questions about just what Treasury Board is looking for in a replacement system.

One of the biggest federal civil service unions, the Professional Institute of the Public Service of Canada, has called on the Liberal government to speed up its quest to find alternatives to Phoenix.

PIPSC and the government formed a working partnership in June with the aim of co-operating in finding a new system. The union said last month that one alternative already exists and is being used by the Canada Revenue Agency to compensate its employees.

The Corporate Administrative System is an HR-to-pay software program that is also used by the Canada Border Services Agency. PIPSC president Debi Daviau said she believes it can be readily updated to a full-fledged payroll system for use across government.

The Liberals earmarked $16 million in their last budget to search for a replacement for Phoenix, which has caused massive headaches for more than half of the country's federal workers, many of whom have been overpaid, shortchanged or not paid at all.

Brison said it is not yet known how much a replacement HR system will cost.

It's estimated that Phoenix will cost taxpayers in excess of $1 billion, which includes the system's original startup and measures enacted since then to stabilize the government payroll.

The government continues to struggle with pay problems under Phoenix.

The public service pay centre in Miramichi, N.B., was dealing with 313,000 pay files beyond its normal workload as of Aug. 22 -- the latest figures available -- down slightly from a backlog of 316,000 cases the previous month.