Pot taxes will stay low in order to push out pushers, Morneau suggests 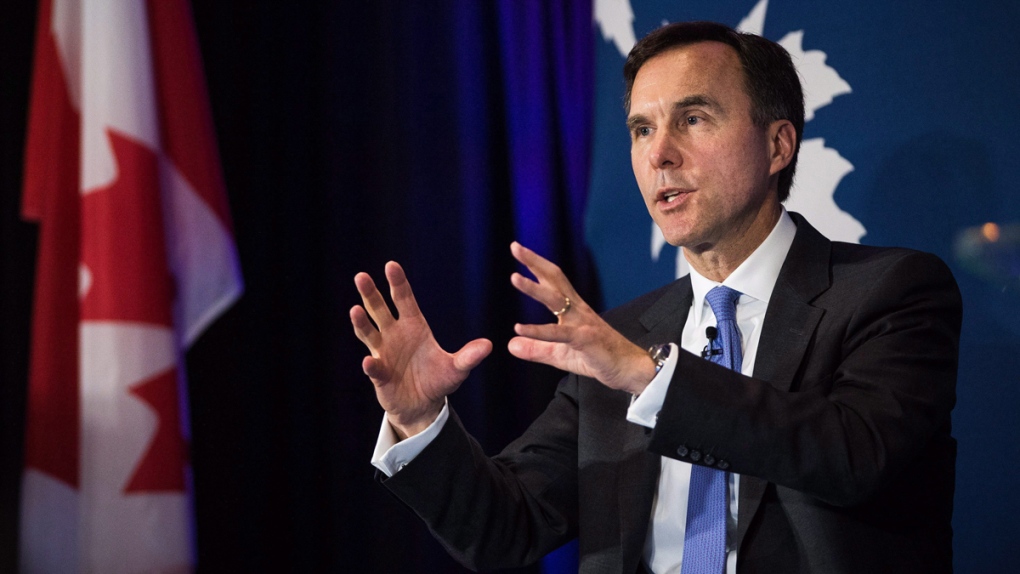 WASHINGTON -- Here's some good news for Canadian pot smokers: high taxes will not join the munchies, the pasties and short-term memory loss as unwelcome side effects of smoking up.

The Canadian government is hinting it wants to keep pot taxes low.

As the feds design taxation policy for soon-to-be-legalized marijuana, Finance Minister Bill Morneau said Friday that he will be guided by one main goal: squeezing out the black market.

He is adamant that maximizing federal revenues is not, and will not be, the priority on pot, suggesting Ottawa favours keeping prices competitive against the street value in order to push the local pusher out of business.

"The driver as we look at taxation in this sector will be, 'How do we tax in a way that makes sure we get criminals out?'... That gives you context for the way we're thinking about it," Morneau said in a roundtable interview.

"The key issue is to make sure we eliminate the black market. It's straightforward. The first issue has to be our focus on that. Which means we are thinking about taxation in the context of how we get at that first objective...

"Revenue maximization is absolutely not our goal."

It finds that 90 per cent of the illegal market would disappear if pot cost $9 per gram, and governments applied only existing sales taxes, producing $675 million a year in federal and provincial revenues.

But the report concluded illegal sales would retain half the market if governments tried squeezing $1 billion in revenue from the sale of marijuana -- and that's the scenario Morneau says he doesn't want.

But don't expect to hear the feds trumpeting Canadians' ability to get high without high taxes. Ottawa's messaging on the issue has been extremely sober, emphasizing the goal of displacing black-market vendors who sell to kids.

"We need to make it more difficult for underage Canadians to access marijuana; we are not doing that right now, the current prohibition does not work, which is why we're going to legalize and control the sale of marijuana ....

"We're going to end the billions of dollars in profits that flow into organized crime and criminal street gangs every year through the sale of this illicit drug."

In public, Morneau has avoided any deep discussions about marijuana taxation and its potential revenue impact.

Another thing the government has avoided discussing is the potential consequences of disrupting the criminal market.

A lengthy, detailed piece in Esquire magazine charts how Mexican criminal gangs saw U.S. states starting to legalize marijuana a few years ago, figured that market would soon dry up, and ramped up production of another product: heroin.