OTTAWA -- As protests spurred by the police-involved death of George Floyd in Minneapolis continue across the United States, federal Canadian politicians delivered special take-note speeches in the House of Commons on Tuesday, calling out the ongoing inequalities in this country and imploring Prime Minister Justin Trudeau to go beyond “pretty words.”

Trudeau led off the series of speeches with an acknowledgement of anti-black racism in Canada and his own past shortcomings, which included wearing blackface on more occasions than he could concretely say.

“When it comes to being an ally, I have made serious mistakes in the past, mistakes which I deeply regret and continue to learn from… I'm not perfect, but not being perfect is not a free pass to not do the right thing,” Trudeau said.

“I know that for so many people listening right now, the last thing you want to hear is another speech on racism from a white politician,” said the prime minister, adding that the reason he was delivering his speech was to make it clear that the government is listening.

Trudeau said that Canadians who are standing up in this moment and all those who have “felt the weight of oppression” deserve better, committing to working with the opposition parties on eradicating racism in Canada.

However, Trudeau faced questions over the course of the day about the government’s existing policies and whether he was prepared to go further than he’s previously committed to when it comes to addressing the existing inequalities within Canadian society.

Not long after taking a lengthy pause in responding to a question about U.S. President Donald Trump’s calls for military action against protesters, Trudeau was asked what his government intends on doing to improve the situation in Canada.

Specifically, he was asked about a 2017 UN Human Rights Council report on the experiences of African Canadians.

The report recommended that the federal government issue an apology and consider providing reparations for enslavement and other historical injustices. Asked if his government intended on doing either, the prime minister could not say.

His response went over the work his government has done and continues to do with the black community as well as the funding being put towards countering systemic and institutional racism and discrimination, but he did not commit to a national apology, something he’s done several times over his tenure as the prime minister for other injustices faced by Canadians.

“We will work with the black community across this country as we have to respond to their priorities. There is a lot to do in Canada and we will do it in partnership with them,” he said.

In the House of Commons, NDP Leader Jagmeet Singh challenged Trudeau to use his position of power to “go beyond pretty words, and pretty speeches, and do something.” 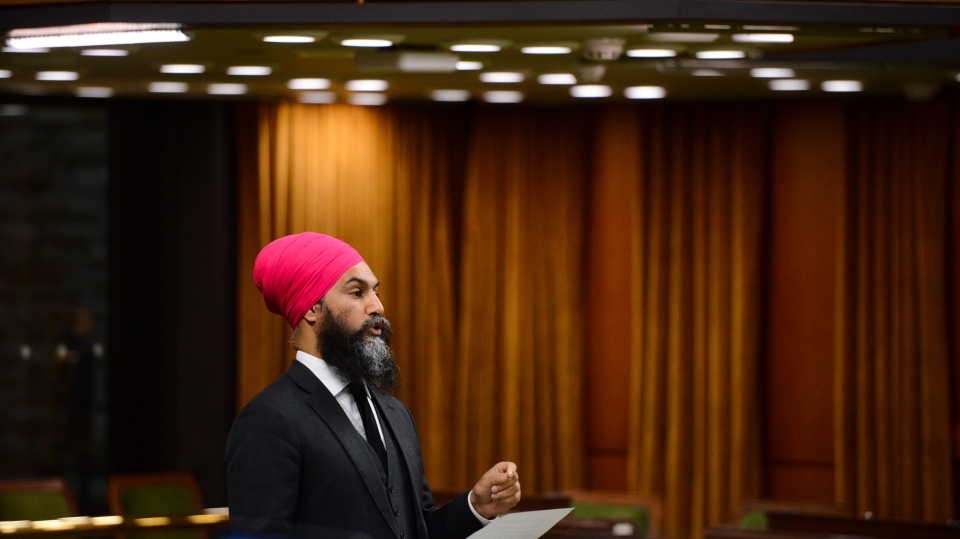 Singh, who is the first person of colour to lead a major federal political party in Canada, said that if Trudeau believes that black lives matter, he should commit to ending racial profiling, and the over-incarceration of black people in Canada.

He also noted the ongoing racial inequalities faced by Indigenous people in Canada and called on Trudeau to stop the court proceedings challenging the federal government’s need to compensate First Nations kids affected by a discriminatory child welfare system; and to ensure access to clean water, housing, and education.

“Why do black people, why do Indigenous people need to keep on asking to be treated like a human? Why? You know, people are done with pretty speeches, particularly pretty speeches from people in power that could do something about it right now if they wanted to,” he said.

'SET OUR OWN HOUSE IN ORDER'

Demonstrations have been taking place in Canadian cities including Ottawa, Toronto and Montreal, in solidarity with those decrying anti-black racism in the United States.

Asked why neither she nor Trudeau said Trump’s name or addressed his leadership decisions during their comments on Tuesday, Deputy Prime Minister Chrystia Freeland said her focus is on addressing “Canadian complacency.”

"I think that it's really, really important for us to set our own house in order and for us to really be aware of the pain that anti-black racism causes here in our own country, of the reality that we do have systemic discrimination here in Canada,” Freeland said. “I think that we as Canadians, all of us, need to take this very traumatic moment for many people in the world as an opportunity to look at what we are doing in Canada and to work hard to do better.”

'WE HAVE TO SPEAK UP'

During his address, outgoing Conservative Leader Andrew Scheer said that Canada “was a beacon of freedom to so many escaping slavery,” and that the country has benefitted as a result, offering examples of Canadians who “overcame” and went on to serve their communities. These include Lincoln Alexander, who was elected in 1968 and was the first black MP and eventually became the first black cabinet minister; and Viola Desmond who challenged segregation and is now pictured on Canadian $10 bills.

“While there are many things that we can point to in our history with pride, that is not to say that we have a perfect record, nor are immune to the threat of racism or that anti-black racism is just an American problem. Canada has had its own dark episodes of racism that cannot be ignored, and sadly not just in our past,” Scheer said.

“No one should be attacked in their community or targeted on the bus because of the colour of their skin,” he said, adding that the fight against any efforts to infringe upon freedoms needs to continue.

Bloc Quebecois Leader Yves-Francois Blanchet echoed Singh’s calls for political leadership to go beyond words, and suggested the first concrete measure the federal government could take would be to accelerate the processing of asylum claims. 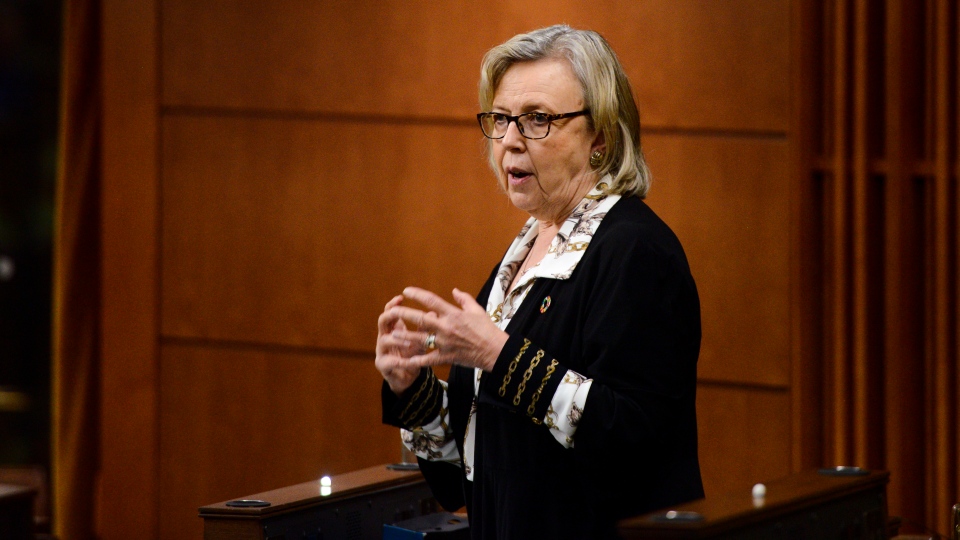 Green Party parliamentary leader Elizabeth May concluded the series of special addresses with an emotional request to her MP colleagues: “We can look at our own conduct and our own behaviour… When you see a bully, when you hear hate speech, we have to speak up. We have to speak out,” she said.