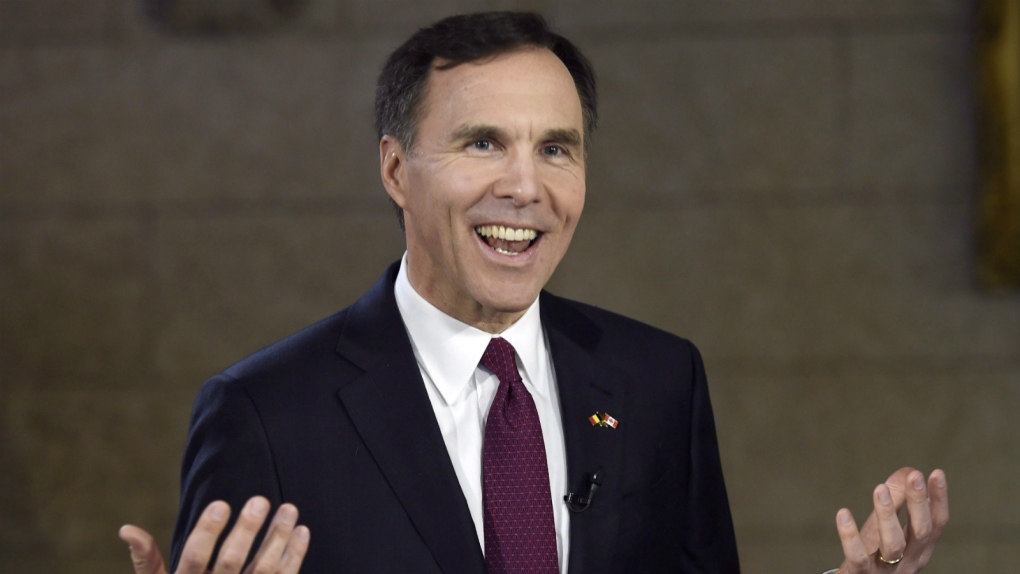 Minister of Finance Bill Morneau takes part in media interviews in the foyer of the House of Commons after delivering the federal budget on Parliament Hill in Ottawa on Tuesday, March 22, 2016. (Adrian Wyld / THE CANADIAN PRESS)

Finance Minister Bill Morneau says his Economic Advisory Council will ensure Canadians get the best bang for their buck from $125 billion in infrastructure spending promised over the next decade. However, where and when that money will be spent remains undecided.

“At this stage, our job is really not to choose the individual project,” he told CTV’s Power Play Monday, following the inaugural meeting of the 14-member panel north of Ottawa in Chelsea, Que.

The group is tasked with drawing up long-term plans to kick-start Canada’s economy, which continues to suffer from the weak commodity prices and sluggish non-energy exports.

Each advisor is paid an annual salary of $1.

“These people can help to identify the things that we can do to have the biggest and most important impact on the long-term growth of our economy,” said Morneau.

Ottawa earmarked $11.9 billion for infrastructure projects over the next five years in the federal budget released in March. The bulk of that is expected to go towards improving public transit, water projects, and social infrastructure.

The Economic Advisory Council is also looking for solutions to help more graduates find jobs out of university, manage the economic impact of Canada’s aging population, and repair Canada’s tarnished reputation for innovation.

He stressed that progress towards improving Canada’s economy will require collaboration between all levels of government as well as the private sector.

“If we can invite the provinces and municipalities, as we’ve done in the past, plus institutional investors for those projects where they can earn a return, we can amplify the amount of money that we can spend on infrastructure.”