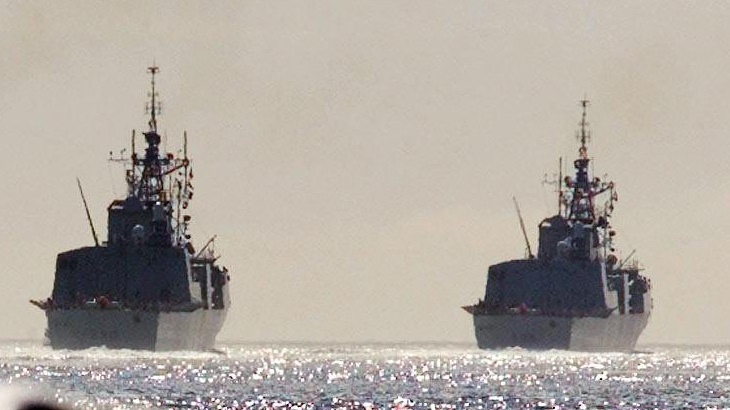 A group of Halifax-class frigates, led by the destroyer HMCS Iroquois, heads from Halifax harbour in 2000. (Andrew Vaughan/The Canadian Press)

HALIFAX -- It's no surprise the Royal Canadian Navy has underestimated how much it will cost to replace its fleet of frontline warships, an expert on Canada's shipbuilding program said Thursday.

Ken Hansen, a professor of political science at Dalhousie University in Halifax, was responding to a media report on the latest speculation about the final price tag.

Vice-Admiral Mark Norman, the commander of the navy, has told CBC that Canadians could be asked to pay as much as $30 billion to build 15 new warships, which is well above original estimates.

A navy spokesman turned down a request for an interview Thursday.

Hansen said military experts have long complained about the navy's low-ball estimate for the warships that will replace Canada's outdated frigates and destroyers.

"The Canadian navy has been really cheap at estimating these things," said Hansen, a research fellow with the Centre for Foreign Policy Studies.

However, Hansen said it's too soon to determine whether the navy will reduce the number of ships it wants or change their capabilities as negotiations with the Irving Shipyard in Halifax are just starting for vessels that haven't even been designed yet.

"We're so far away from that, it's not even worth talking about," he said.

At this stage, he said, the navy is pushing to have the shipyard build top-of-the line ships at a bargain-basement price.

"There hasn't been any effort yet to compromise on the needs-vs.-wants aspect of the wish list," he said. "There's plenty of wiggle room when it comes to getting the front-end part (of construction) sorted out."

Hansen said the inaccurate initial estimate stems from the navy's absence from the shipbuilding market for more than two decades and its decision in the 1990s to dump its own naval architects.

"It was such a pie-in-the-sky estimate that it really didn't represent anything other than wishful thinking," he said.

To keep costs down, the navy should reconsider its decision to have the shipyard build vessels that are virtually identical to each other, he said.

On Wednesday, Defence Minister Harjit Sajjan said the Liberal government supports the shipbuilding program, but he said "there's a lot of work that needs to be done in terms of making sure that program works."

When asked if the navy would get fewer ships that originally planned, he said he would be focusing a defence review on making sure the military has "the right capability that's going to be suited for Canada's needs."

Earlier this year, the federal government said the cost of is Canadian Surface Combatant program was estimated at $26.2 billion for 15 ships.