'Much more in common than the differences we have,' says Charest on national divide 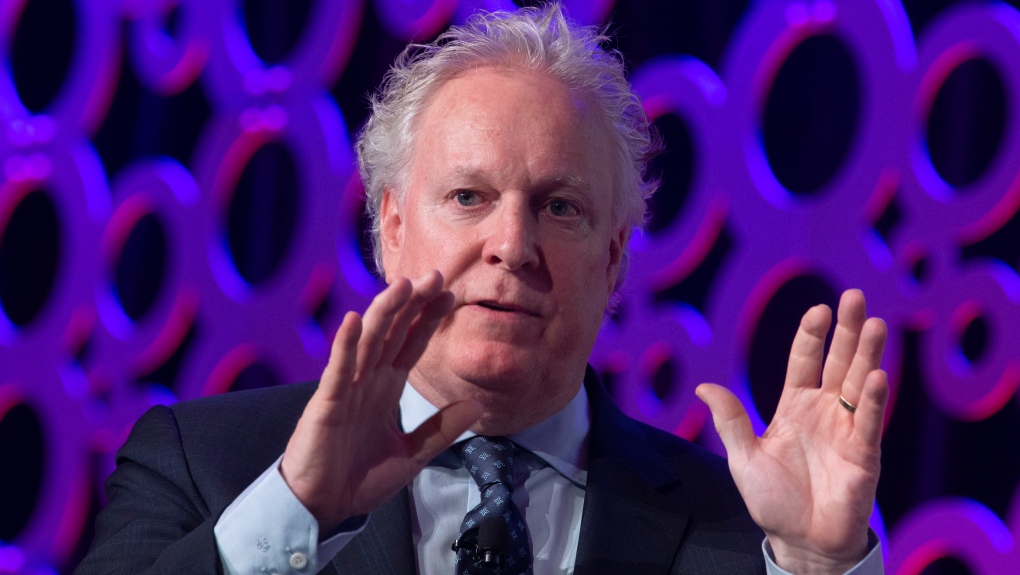 Jean Charest speaks during a panel discussion at the Canadian Aerospace Summit in Ottawa on Wednesday November 13, 2019. THE CANADIAN PRESS/Adrian Wyld

OTTAWA – Former Quebec premier Jean Charest says what the country is experiencing now in terms of threats to national unity is nothing new and can be overcome.

Charest, in an interview on CTV Power Play on Wednesday, said the results of the federal election that saw increased support for the Bloc Quebecois and the Liberals shut out from Alberta and Saskatchewan, while deserving of federal action, shouldn’t cause alarm.

"In 1972, 1979 there was also a third party in Quebec. What are Quebecers saying when they voted for the Bloc in this campaign? They’re saying well, we’ll have a party that will speak to our specific interests and that’s what they expect from Mr. Blanchet," said Charest.

"Is this a separatist sentiment? The answer is no."

He said it was “interesting” the moves Alberta is proposing to take to make itself more autonomous, like Premier Jason Kenney’s idea to pull out of the federal pension plan, and that Prime Minster Justin Trudeau should “respect” these decisions and take them seriously.

"Clearly in Western Canada our citizens are saying ‘listen, we’re suffering and we need this to be acknowledged, and we need the help of the rest of the country to get through this period,’ which is right, they do."

Once dubbed “Captain Canada,” Charest has long been a strong proponent of federalism and has worked to bridge the divide between Quebec and the rest of Canada during his time as premier and leader of the federal Progressive Conservatives.

"Canada is one of the most de-centralized federations in the world; the only federation more decentralized than Canada is Belgium. No one knows how Belgium works,” he said. "We have much more in common than the differences we have. We’re a country of regions and there are normally differences but at the end of the day, we’re all Canadians."

Speaking at the Canadian Aerospace Summit on Wednesday, Charest, who was appointed chair of the Aerospace Industries Association of Canada Vision 2025 initiative, is calling on Prime Minister Justin Trudeau to appoint a new minister to ensure Canada’s involvement in global aerospace exploration remains a top priority.

The "minister of skills development & skills training” would handle “development and training to work with industry, education institutions, workers and the provinces to develop a long-term strategy to address the looming labour crunch that will require 50,000 new workers to replace those leaving the aerospace sector in the coming years," said Charest in the press release.

He also put forward a recommendation that aerospace be included in the mandate of the minister of international trade.

"Canadian aerospace isn’t competing domestically; the competition is global. It only makes sense that the Minister of International Trade would use every opportunity to champion our world class industry on the international stage," said Charest.

"Thanks to this investment, our Canadian astronauts will have access to new space missions, inspiring generations to come. The Canadian space community will maintain global leadership in robotics, and capitalize on our world-leading expertise in AI, and health," said Navdeep Bains, the Minister for Innovation, Science and Economic Development in a subsequent press release.

According to the ISED website, the Canadian aerospace industry contributed over $25 billion in GDP and created 213,000 jobs in 2018.

Charest said these kinds of sectors which impact provinces across the country can help bridge divide.

"The aerospace industry is a good example of a national industry. It’s in Alberta; it’s in Western Canada with Viking Air. It’s a big, big part of the industry in Ontario," said Charest.