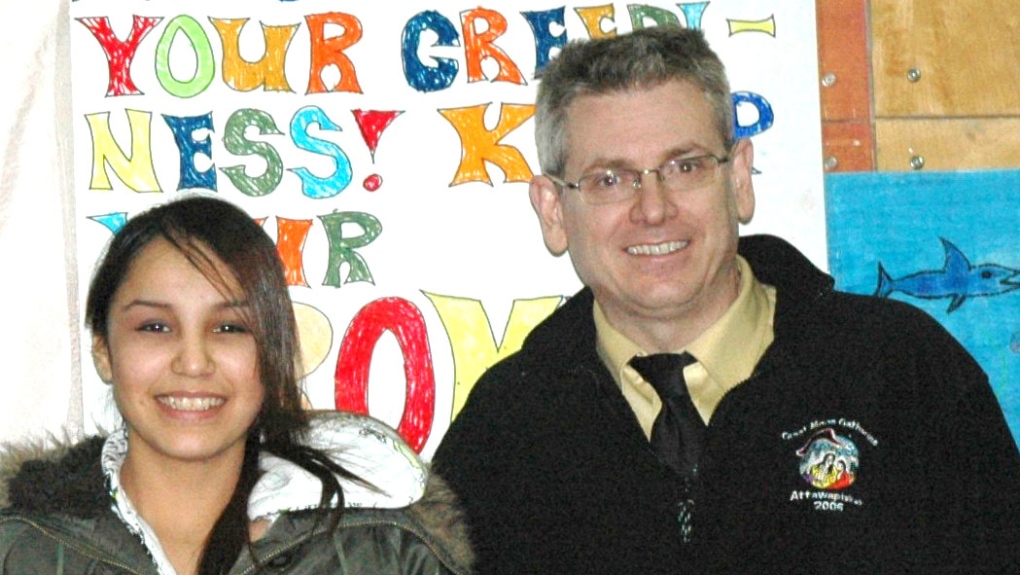 Many Canadians have heard of Attawapiskat First Nation. They’ve heard about the floods, the fires, the poor housing and the evacuations. They know about Chief Theresa Spence’s hunger strike, the audits and the financial scandals.

Fewer know the story of Shannen Koostachin, the girl who went to Ottawa years before the headlines to ask for a proper school.

Shannen thought it was simply unacceptable that other kids had “comfy” places to learn, while she and her classmates had to shuffle between frigid portables set up next to the site of the old school, which closed in 2000 due to diesel fuel contamination.

“It’s hard to feel like you could have a chance to grow up to be somebody important when you don’t have proper resources like libraries and science labs,” Shannen said in one of her many speeches.

“You know that kids in other communities have proper schools, so you begin to feel as if you are a child who doesn’t count for anything. That’s why some of our students begin to give up in Grade 4 and Grade 5. They just stop going to school. Imagine that.”

It was a message that resonated with school children across the country -- but initially not with the government.

The school was eventually built, 14 years after the old one closed, but Shannen didn’t live to see the new library or science lab. She died in a car accident in 2010.

NDP MP Charlie Angus knew Shannen. She stayed with him in New Liskeard, Ont., after she left Attawapiskat for a better high school.

In his new book, Children of the Broken Treaty, Angus traces the history of education in the Far North, right from the 1906 treaty to the opening of Attawapiskat’s new school.

Angus argues Shannen’s fight for equal education has started a conversation “about how a country as rich and inclusive as Canada can deliberately marginalize children.”

He spoke to CTVNews.ca over the phone about the new book.

Do you think Canadians realize education was among the promises the federal government made in order to get First Nations people to sign treaties giving up control of territory?

I think one of the things the Shannen Koostachin story has really shed a light on is the horrific inequities in education which most Canadians have no idea of.

But the inequities didn’t just happen. They are historically rooted. You go back to the signing of Treaty 9 that transferred some of the largest timber, hydro and mineral wealth in the world to Ontario and the federal government and the promise, in return, was they were going to deliver education to children. What the children got was brutality in residential schools and the ongoing systemic discrimination they’re still facing today.

Do you think that’s changed since Shannen? Are Canadians more educated now?

It’s been a real transformative role of the Attawapiskat school fight and the role played by Shannen Koostachin, which is why I tried to document it. She managed to cut through the fog of misinformation, the sense that First Nations are some other world, some other place. There was just such immediacy to her and it resonated so much with Canadian children that this is now taught in classrooms.

The story of Shannen has been repeated in so many ways and it’s really forcing the conversation and how a country as rich as Canada thinks it’s okay to squander not just the potential and dreams of First Nations children, but in some cases their very lives. I think the Canadian people are much better than the miserly response that the government has had toward first nation children.

One thing that comes up a lot in the book is these parallels you make to racism against blacks in the U.S. Rosa Parks is mentioned. Does it take a Rosa Parks-type of character for something like this to change?

I think it makes sense the children in Attawapiskat looked at Rosa Parks as a symbol. It took one child to really stand up. With the civil rights movement, it was the symbolic act of Rosa Parks that suddenly put it into a very real frame. For this generation of indigenous children, it was Shannen confronting an Indian affairs minister when she was 13 years old.

Shannen says: “It’s hard to feel you can have a chance to grow (into) somebody important when you don’t have proper resources like libraries and science labs.” Is Canada missing out when First Nations grow up believing they can’t be somebody important?

Shannen was watching her childhood disappear and she knew if she didn’t do whatever she could to break through that door, those opportunities wouldn’t come again. Children have only one childhood and once it’s gone, it’s gone forever.

I don’t think we’ll ever be the country we’re meant to be until we realize that the greatest wealth we have in the north is not the diamonds or the copper or the oil, it’s the potential of the these children. And we can’t as a nation in any good conscience squander this potential anymore.

At the end of the day, a lot of this comes down to money. The Parliamentary Budget Officer says we’re running a deficit. The Liberals have said they would potentially run a deficit a bit longer in order to increase spending on First Nation education. Would an NDP government be willing to run a deficit in order to bring the per-capita funding up to provincial standards?

The New Democrats say we have to deal with the real deficit: the children. That’s the real deficit, this deficit of potential. And we can do this. It’s just a matter of making it a priority.

Again, how would you pay for it? Is it something you’d pay for through higher corporate or income taxes?

The government continually underspends its education budget. They’ll announce $320 million in new funding for schools and they take a quarter of it back. Last year they took $80 million back and spent it on tax cuts. You would never do that in the provincial school system.

Considering the size of the population of First Nations children, should there be a minister dedicated to this?

The federal government doesn’t see themselves in the business of educating children and yet they are technically one of the largest education operations in the country. They do a brutally bad job of it. The message I would challenge to any Indian Affairs minister is: you effectively are the minister of education for one of the biggest populations in the country, you need to treat your portfolio with the same sense of responsibility that provincial ministers have.

In any provincial school system, heads would roll, yet in Indian Affairs it’s just another day at the office.

Imagine what could be done if these teachers had access to pens and papers, and computers and science labs. I regularly get emails from people asking if I can help send supplies to their classes. In Canada in the 21st century, that shouldn’t be an issue.

There are all these people out there who will say: "First Nations people, they don’t pay tax on reserves for the most part, and they’re already getting their fair share." What’s your message to them?

I think the unfortunate thing in Canada is we have a blind spot when it comes to the situation facing many indigenous people.

We’re a country that’s enormously welcoming, enormously willing to help others and yet there’s a sense among this small percentage or whatever that any time we pay money to help indigenous children, somehow that’s a burden on the taxpayer. That’s an absurd position but it’s deeply rooted.

I think unfortunately under the Harper government, they will play on that card all the time.

In that sense, has the Harper government been racist toward aboriginal children?

We didn’t get to this deplorable situation through one government. This situation, the crisis in education, has been decades in the making.

But I think what’s shocking is how obstructionist the Harper government has been, how mean-spirited they are and how willing they are to try and turn ordinary Canadians against issues that are so basic to our humanity -- which is making sure our children do okay.

What’s so shocking in the Attawapiskat school fight is that this is a government that brought brass knuckles to the table when children were just asking for a proper school.

That being said, so many Canadians came to the table to say what’s happening to the children in Attawapiskat is appalling and we need to change it and I believe there’s a lot of goodwill out there.

I believe that Canadians want this change and I think that’s why the story of Shannen continues to resonate. I’m still obsessed with why this 15-year-old girl touched so many people (over) such a short lifespan.

You said the Harper government has been obstructionist, and you allege they’ve been mean-spirited. Was the Liberal government before them as bad on this file?

To be fair, it’s not the Harper government (that) created this crisis. They inherited a crisis. Paul Martin’s two per cent cap on First Nations funding has put a $2-billion hole in First Nations funding. We had schools promised under Liberal ministers that were never built. This has been a long-standing federal culture of resistance to doing the right thing.

This interview has been edited and condensed for clarity. 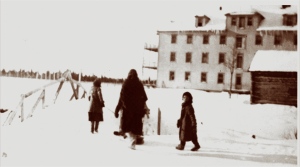 From the signing of Treaty 9 to Attawapiskat's new school