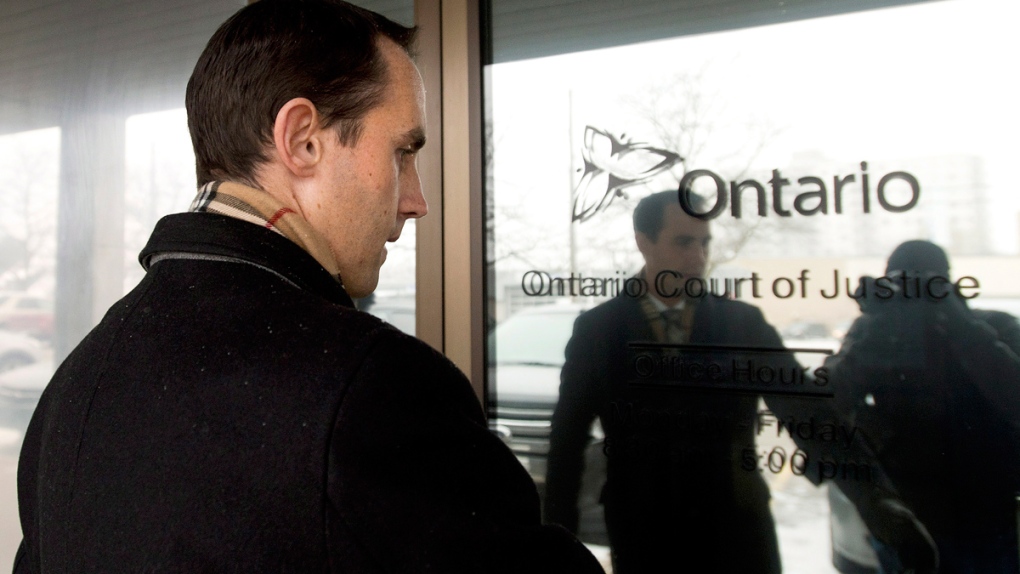 Michael Sona arrives at the Guelph courthouse for his sentencing after being found guilty of election fraud in the so-called robocalls scandal during the 2011 federal election in Guelph, Ont., on Wednesday, Nov. 19, 2014. (Nathan Denette / THE CANADIAN PRESS)

Former Conservative staffer Michael Sona, who has been sentenced to nine months in prison for his role in the robocalls scandal, will appeal his sentence and seek bail.

His lawyer confirmed to CTV News late Thursday that Sona will file a notice of appeal Friday.

Sona, 26, has also been sentenced to 12 months probation, after he was convicted of orchestrating robocalls that led voters to incorrect polling stations during the 2011 federal election.

The robocalls went to voters in a Guelph, Ont., riding, in an effort to get Conservative candidate Marty Burke elected.

When Sona was convicted last August, Justice Hearn said evidence suggested Sona may not have acted alone in the scheme. But no one besides Sona has ever been charged.