Liberals to fall short on promise of 5,000 'green' jobs for youth 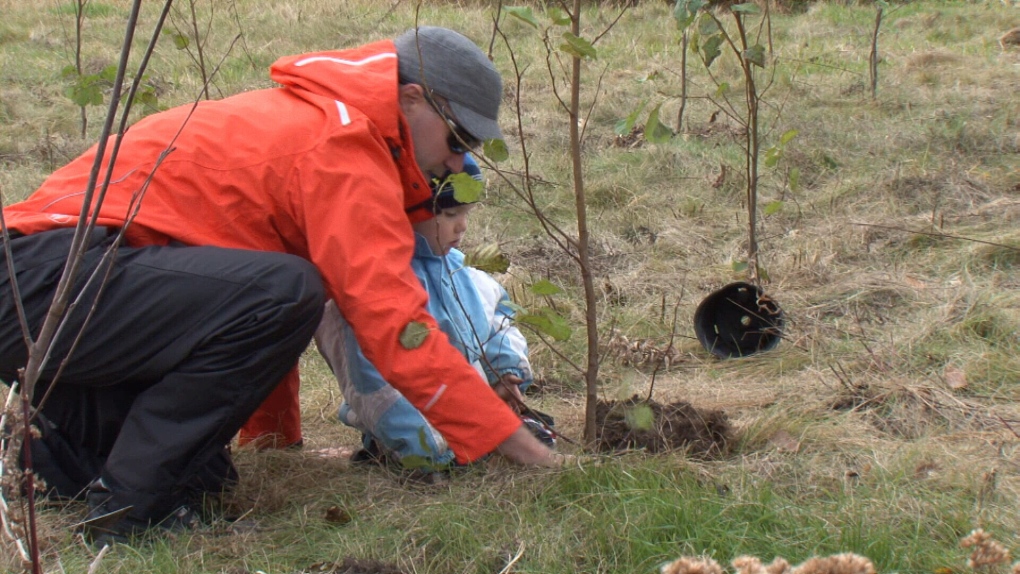 A man plants a tree with a child in this file photo.

OTTAWA -- The federal Liberals are being accused of breaking a promise to young Canadians with figures showing the government is falling well short of last year's campaign pledge to create thousands of green jobs for young Canadians.

Prime Minister Justin Trudeau had vowed to create 5,000 green jobs for young people annually, with thousands slated to be guides and interpreters at Parks Canada -- part of a larger strategy to give young workers more opportunities to earn money and to combat youth unemployment.

The agency employed 1,636 students this past summer, an increase of 435 over the students employed during summer 2015, Parks Canada data shows -- but only one-third of the total promised by Trudeau, despite the millions of dollars that went into the federal youth employment strategy in the government's first budget.

The green jobs the Liberals promised are expected to surpass 2,000 by the end of the fiscal year next March, based on figures provided by Employment and Social Development Canada, which oversees the federal youth employment strategy.

The final tally won't be known until fall 2017, the department said.

Internal government documents suggest the result shouldn't have surprised the government and warn that Parks Canada may be unable to help meet the promise in the remaining three years of the Liberals' mandate.

The agency warned federal officials shortly after the election that it was going to have "significant capacity challenges" in meeting the campaign commitment of hiring 5,000 young people as guides and interpreters.

The concern was mentioned as part of a briefing note provided to a senior official at Employment and Social Development Canada in November, obtained by The Canadian Press under the Access to Information Act.

The briefing note provides no further details; Parks Canada has yet to respond to a request for comment put to it late last week.

What the briefing note does show is that Employment and Social Development Canada turned to six other departments and agencies to alleviate the burden on Parks Canada, including the National Research Council, Agriculture and Agri-Food Canada, and Environment and Climate Change Canada.

Environment Minister Catherine McKenna, who oversees the green jobs initiative, has yet to respond to multiple requests for comment.

Conservative economic development critic Alex Nuttall said the green jobs promise is another example of the Liberals making big promises -- and setting high expectations -- for Canada's youth, only to come up short.

"The Liberals are the ones who set these targets themselves (and) they didn't have a plan," Nuttall said.

He said the Liberals have spent millions to create jobs that haven't materialized, citing year-over-year declines in youth employment reported by Statistics Canada last month. The job numbers for August showed the youth unemployment rate was little changed at 13.2 per cent as employment dropped by 48,000 since August 2015 as the population for the age group dropped by the same amount.

"It has been a brutal summer for jobs for Canadian youth," Nuttall said.

NDP employment critic Niki Ashton said the federal government has the tools to help combat an "emerging crisis" of youth unemployment and underemployment, with youth working at jobs for which they are overqualified because there are no openings in their fields.

"We have a prime minister who is the minister of youth, who has clearly made numerous commitments to young people and certainly has indicated he's very interested in the issues that young people face. Well, I can safely say hearing from young people, employment is one of those key issues," Ashton said.

It was during a campaign stop one year ago in Burnaby, B.C., that Trudeau promised to create 125,000 jobs annually for young Canadians by spending $1.5 billion over four years on the youth employment strategy.

The Liberals' first budget included $165.4 million for the youth employment strategy, but didn't tie any specific employment figures to the money.

Last week, the government announced $35 million for 96 programs as part of the youth employment strategy that will fund 3,400 jobs for youth, people with disabilities and immigrants looking for employment.