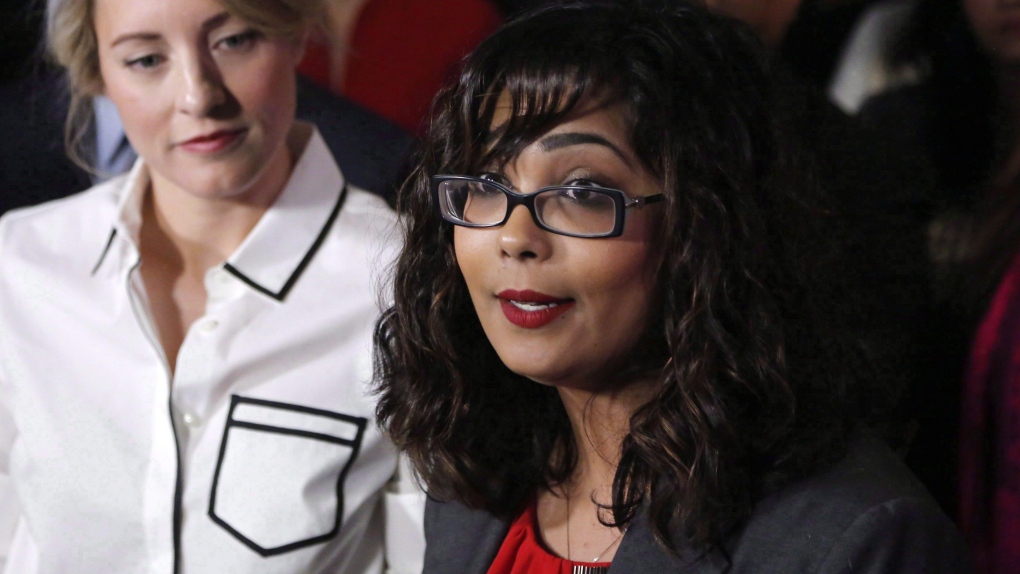 OTTAWA - A Liberal MP has apologized and rescinded a certificate of appreciation she presented last week to a man a Jewish advocacy group calls a purveyor of anti-Semitism.

Mississauga-Erin Mills MP Iqra Khalid says she was unaware of some of the views held in the past by Amin El-Maoued, the public relations chief of Palestine House, when she gave him a certificate of appreciation for his volunteer work during a barbecue in her riding.

The letter alleged that El-Maoued led a July 2017 rally "laden with hate-filled and anti-Semitic slogans," including chants of "Israel and Hitler are the same."

After receiving the letter, Khalid says she "looked into the matter extensively" and concluded that El-Maoued's past views were contrary to what she stands for and inconsistent with her efforts to "promote diversity and inclusion."

As a representative of the federal government, she says she has a particular responsibility to condemn anti-Semitism.