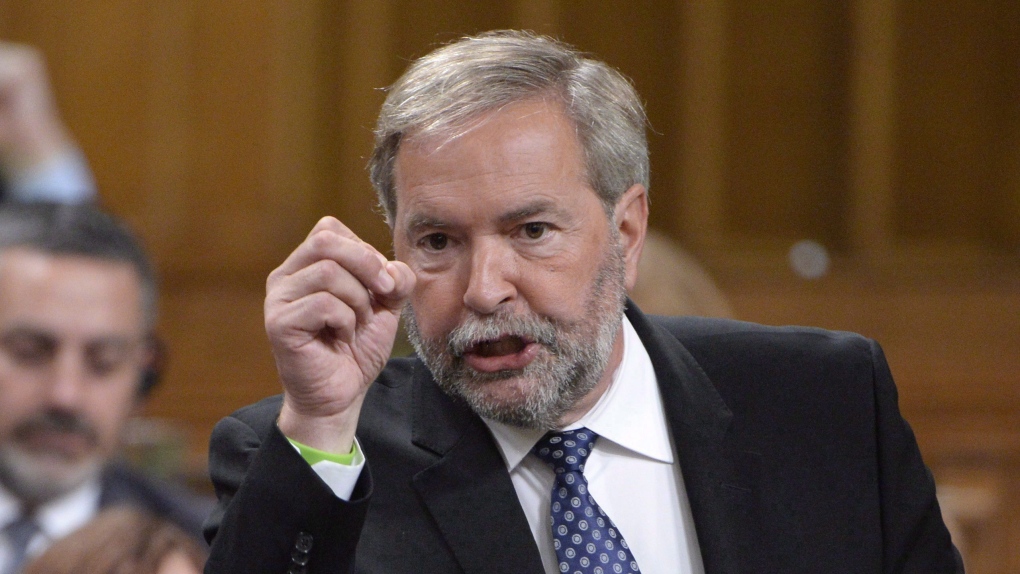 NDP Leader Tom Mulcair rises during question period in the House of Commons on Parliament Hill in Ottawa on Tuesday, Sept. 26, 2017. (Adrian Wyld/ The Canadian Press)

Mulcair will appear on Montreal radio station CJAD 800 twice a day, as of Aug. 28.

He will also be on CTV News Channel twice a week.

And the fluently bilingual Mulcair will be giving his political opinions on the French-language TVA network as of Aug. 13, appearing on a show called "La Joute."

Mulcair, 63, announced last February he would teach in the political science department at Universite de Montreal this year.

Mulcair was elected as an NDP MP in a byelection in 2007 before becoming leader in 2012 following the sudden death of Jack Layton, who'd led the party to official Opposition status for the first time in its history.