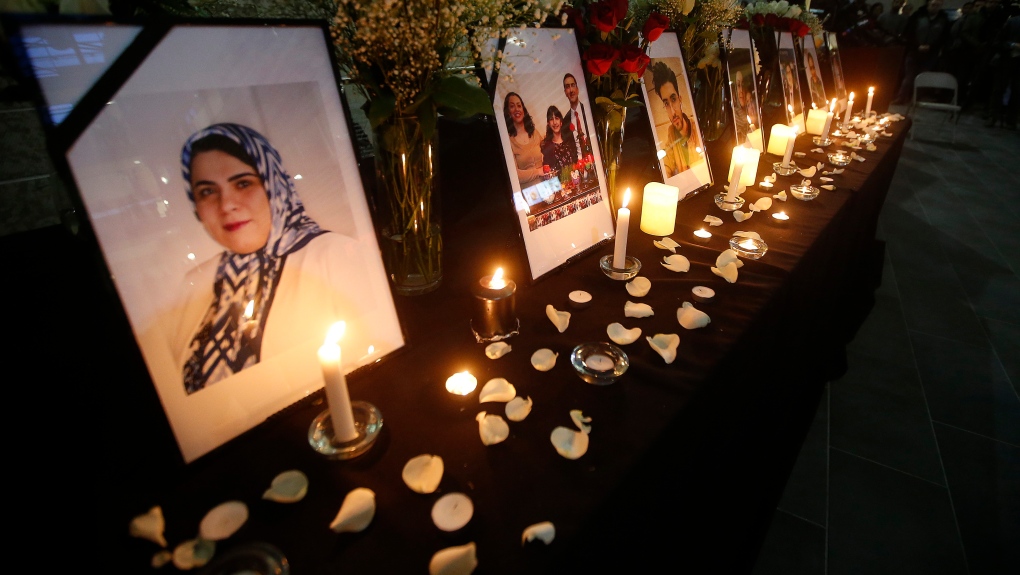 OTTAWA -- The government is matching funds donated to the Canada Strong fund, a charity established to help families whose loved ones were killed in the Iran plane crash.

The government's pledge is to match donations to the fund up to $1.5 million, which is the goal the charity is striving to reach. The campaign has already raised close to $600,000.

"This fund will be used to support families of the victims as they navigate through the long-term impacts of these tragic losses," said Omar Alghabra, who serves as parliamentary secretary to the deputy prime minister, at a press conference on Wednesday.

Mohamad Fakih, the Toronto-based founder of the Paramount Fine Foods restaurant chain, launched Canada Strong in the days after an Iranian surface-to-air missile struck a Ukrainian aircraft over Tehran. Fifty-seven Canadians and 29 permanent residents were killed in the tragedy.

The funds are currently aimed at helping the families of the 57 Canadian citizens who were killed, but Alghabra said they are looking to extend these funds to the families of permanent residents.

"The federal matching of funds that we are raising through Canada Strong is a significant boost to the financial assistance that we will be able to provide to these families," said Fakih.

Toronto Mayor John Tory added that he hopes the announcement will prompt more Canadians to donate.

"I really hope this announcement from the government will stimulate many more people to contribute to something that I think is an incredibly worthwhile cause," said Tory.

The federal government's pledge of up to $1.5 million in donation matching comes in addition to the $25,000 per victim that Prime Minister Justin Trudeau announced would be provided to families last week.

However, the government has remained steadfast in its assertion that Iran must compensate the affected families.

"I want to be clear: we expect Iran to compensate these families. But I have met them. They can't wait weeks. They need support now," Trudeau told reporters on Jan. 17.

The government has yet to provide any updates on whether that compensation from Iran will ever materialize.

Canada is also pushing for answers in the Iranian-led investigation into the crash. While investigators are awaiting access to the plane’s damaged black boxes, Foreign Affairs Minister François-Philippe Champagne told reporters on Tuesday that Canada is continuing to demand a credible and thorough investigation.

Meanwhile, the remains of loved ones killed in the crash are beginning to arrive in Canada. Champagne confirmed on Tuesday that the remains of one victim had already arrived in Canada, and Alghabra added on Wednesday that more repatriations are on the way.

"There's a second either on its way or just landed, and there are 13 more that are in the process of being repatriated," Alghabra said.

He said that 61 of the Canadian and permanent resident victims have already been buried in Iran, in accordance with the wishes of their families.