Federal election campaign promises to be costly, nasty, and long 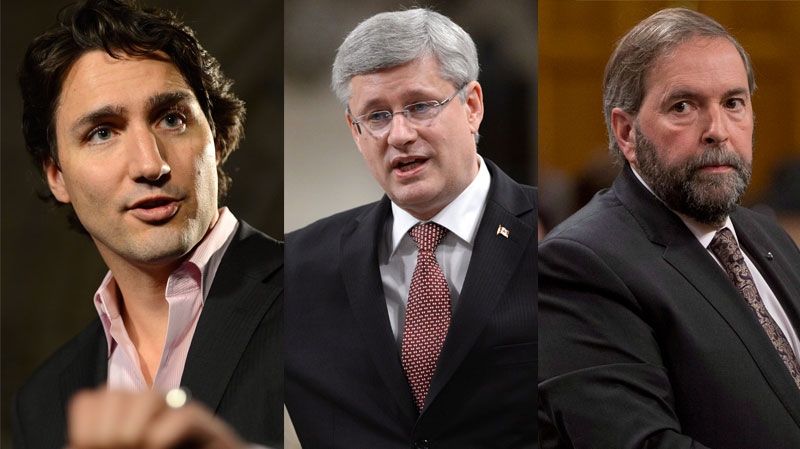 OTTAWA -- Stephen Harper is set to launch the country Sunday into a federal election campaign that promises to rewrite Canadian history books.

Costliest campaign ever. Longest campaign since 1872. First campaign in which three parties all have a legitimate shot at winning as they line up at the starting gate.

And given those unique circumstances and high stakes, it's an almost certain bet it will also be the most vicious, no-holds-barred campaign Canadians have ever witnessed.

What's more, if Harper can pull off a victory on Oct. 19, he'll become the first prime minister since Sir Wilfrid Laurier in 1908 to win four consecutive elections.

The very rarity of that feat goes a long way towards explaining why Harper has chosen to formally call Canada's 42nd election in the middle of a holiday weekend in the dead of summer, triggering a gruelling, 11-week marathon rather than the five-week sprint that's typified federal campaigns in recent times.

The unusually long campaign activates an obscure provision in the Harper government's overhaul of election laws last year, allowing parties and their candidates to spend more than double the spending limits of $25 million and $100,000, respectively, that would have applied for a minimum 37-day campaign.

Having amassed vastly more money than any other party, the increased spending limits give the Conservative party and its candidates a huge advantage over their more impoverished rivals.

The campaign "will be unlike anything we've ever seen," predicts Jeremy Broadhurst, the Liberal party's national director.

All parties will have to figure out how to build momentum, keep volunteers motivated and voters engaged over such an extended period, he says. The poorer ones will have to find creative ways to stretch their budgets.

And, given the tone already set by the Conservatives, Broadhurst adds the campaign has "certainly got the potential to be the nastiest" in Canadian history.

It's been clear for weeks how the ruling party intends to use its financial advantage: to carpet bomb the air waves with attack ads.

Conservative ads trashing Liberal Leader Justin Trudeau as "just not ready" to be prime minister have been ever-present on radio and television for more than two months already. Liberal insiders admit they've been effective, contributing to the Liberals' slow decline in the polls to third place from their front-running status over the previous two years.

On the eve of Sunday's election launch, the Conservatives have suddenly turned their sights on NDP Leader Tom Mulcair with similar attack ads depicting him as an unethical, opportunistic "career politician." Having helped drive Liberal support to the NDP, they've now evidently decided they need to blunt Mulcair's momentum at the outset of the campaign.

The shifting targets of the Tory ads reflect the tricky two-front war facing the governing party.

At a time when the economy has tanked and polls suggest two-thirds of the electorate are looking for a change, the Conservatives risk driving change seekers to coalesce behind the NDP if they attack the Liberals too hard, and vice versa. They'll attempt to strike a balance, attacking both and warning that the economy is too fragile to risk putting it in the spendthrift hands of either Mulcair or Trudeau.

But Mulcair and Trudeau also face two-front wars -- with each other as much as with Harper. Each will be attempting to prove that his party is the vehicle that can defeat the Conservatives and provide real change. And in doing so, they'll be fighting not just to win the election but, potentially, for the very survival of their respective parties.

In either scenario, the opposition party that emerges strongest on Oct. 19 will have the upper hand; the weaker party could face possible extinction.