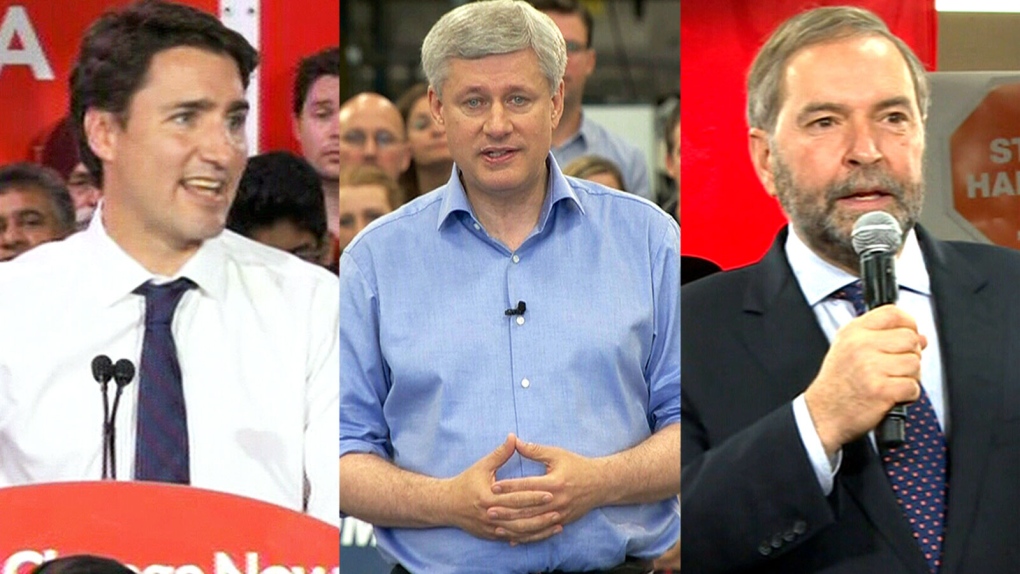 Respondents were asked: "Of the current federal political party leaders, could you please rank your top two current local preferences for prime minister?" 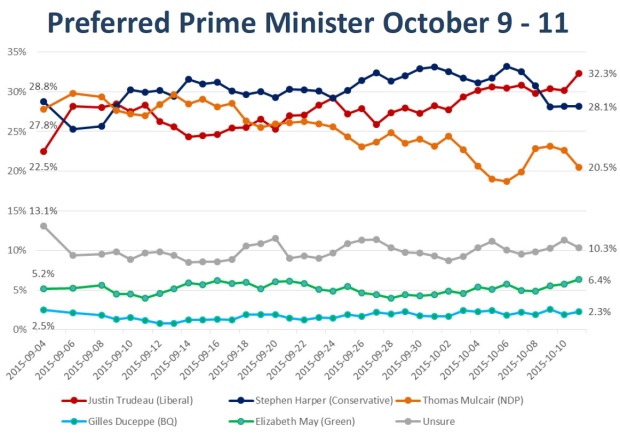 A national dual-frame (land and cell) random telephone survey is conducted nightly by Nanos Research throughout the campaign using live agents. Each evening a new group of 400 eligible voters are interviewed. The daily tracking figures are based on a three-day rolling sample composed of 1,200 interviews. To update the tracking a new day of interviewing is added and the oldest day dropped. The margin of error for a survey of 1,200 respondents is ±2.8 percentage points, 19 times out of 20.

On the Nanos Party Power Index, which is a composite of several measures including ballot preferences, prime minister preferences and leader impressions, the Liberals scored 56.1 points out of a possible 100, the NDP scored 50.6 points, and the Conservatives scored 47.5 points.

The Green Party scored 31.4 points and, in Quebec, the Bloc Quebecois scored 31.5 points.