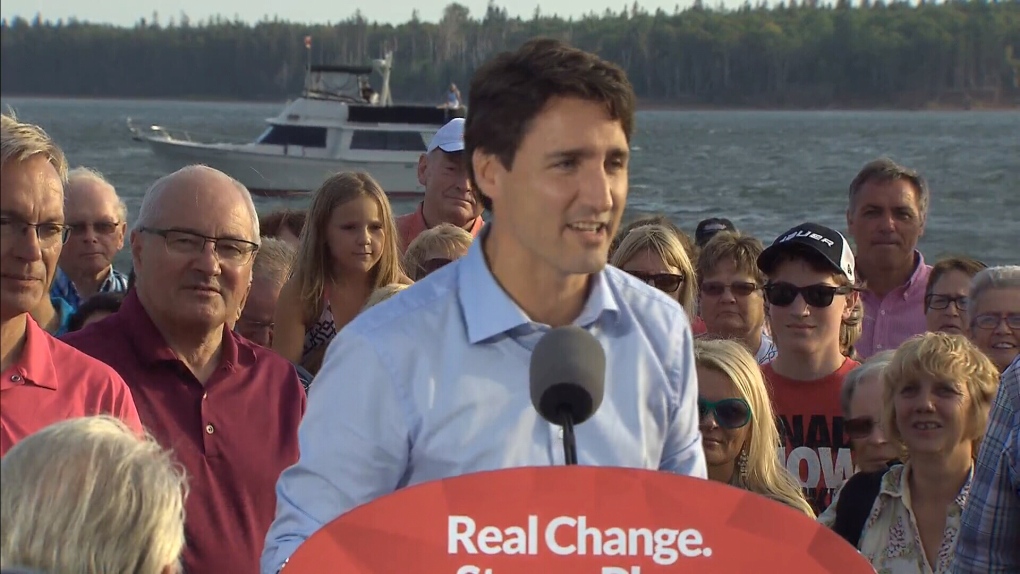 OTTAWA -- It's a busy day on the campaign trail for the political party leaders with the race to the Oct. 19 vote kicking into high gear as they push to get the attention of voters.

Liberal Leader Justin Trudeau has an event in Nova Scotia and then moves on to New Brunswick where the party holds only one seat but where a lot of Tories aren't running for re-election.

Conservative Party Leader Stephen Harper will continue his tour of suburban Toronto, focusing on support for families saving for their children's education.

In 2007, the Conservative government raised the maximum amount of grant money it would pay to families who contributed to registered education savings plan. It also increased the lifetime contribution limit.

Conserving seats in the Greater Toronto Area is critical for the Conservatives, as the NDP begin to build strength elsewhere in the province and the Liberals seek to end the vote splitting that hurt them in the region in 2011.

Harper is scheduled to make a campaign announcement in Mississauga, Ont., and hold a rally at the end of the day in St. Catharines, Ont.

NDP Leader Tom Mulcair will make an announcement and attend a rally in his home base of Montreal before moving on to Toronto for an evening rally.

Green Party Leader Elizabeth May will concentrate her efforts on Vancouver Island with five events in Nanaimo, including a visit to a retirement residence.