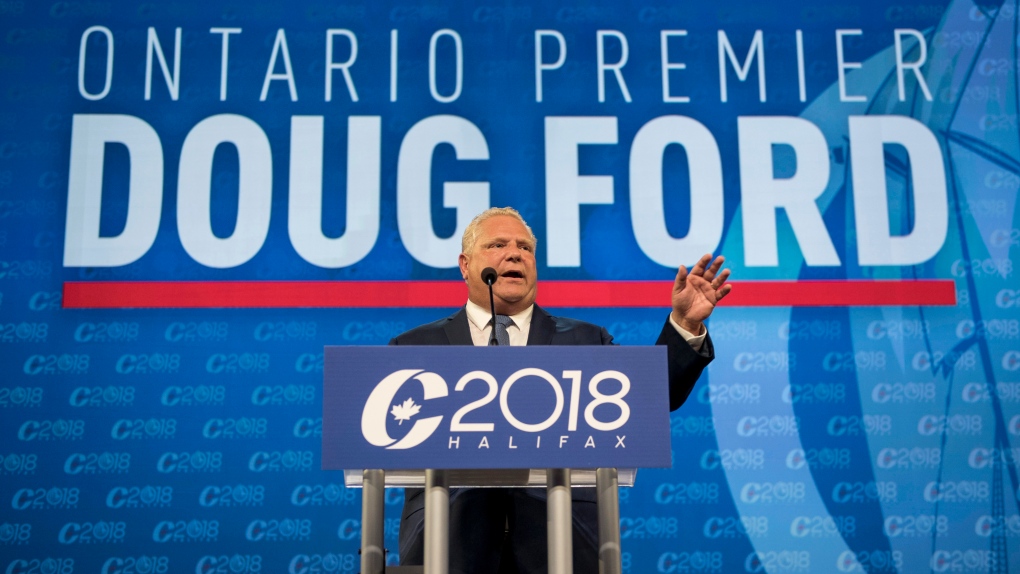 Several internal emails published on a Toronto blog said Ford's office had directed workers at the Ministry of Natural Resources and Forestry as well as Ontario Parks to not use the term online.

A spokeswoman for Ford said the premier's office has never issued such a directive to anyone in government.

"The premier's office has never given direction to anyone in the government not to use the term climate change on social media," Laryssa Waler said in a statement. "To say otherwise is 100 per cent false."

In a memo to civil servants Friday, three of the province's top bureaucrats said the government has launched an investigation into the matter and taken immediate action to correct the inaccuracy.

"Integrity, accuracy, professionalism and the highest possible ethical standards are core principles of our work," the memo said. "In order to ensure greater trust and integrity within the system, an internal audit is already underway to strengthen our security procedures."

Federal Environment Minister Catherine McKenna, who has clashed with Ford over the cancellation of cap and trade, had earlier tweeted that his government appeared to be "muzzling" staff with the order.

"After Ontarians & Cdns have experienced extreme weather linked to climate change -- extreme heat, forest fires, flooding -- the Ontario gov't appears to be muzzling @OntarioParks by banning words 'climate change'," she wrote on social media. "Time to focus on climate action. We have a plan. Ontario has no plan."

"I am asking you to please clarify what has transpired and to state unequivocally that all public servants and political staff within your ministry and all government ministries and departments are permitted to speak about climate change," he said.

In a reply to Schreiner, Phillips calls the emails "a mistake" and says the province takes its commitment to fight climate change seriously.

"We understand the importance of taking steps to ensure we protect our environment," he said. "We care a great deal about the environment and remain committed to take action to encourage lower emissions."

Phillips has promised that a new provincial plan to address climate change will be unveiled this fall.