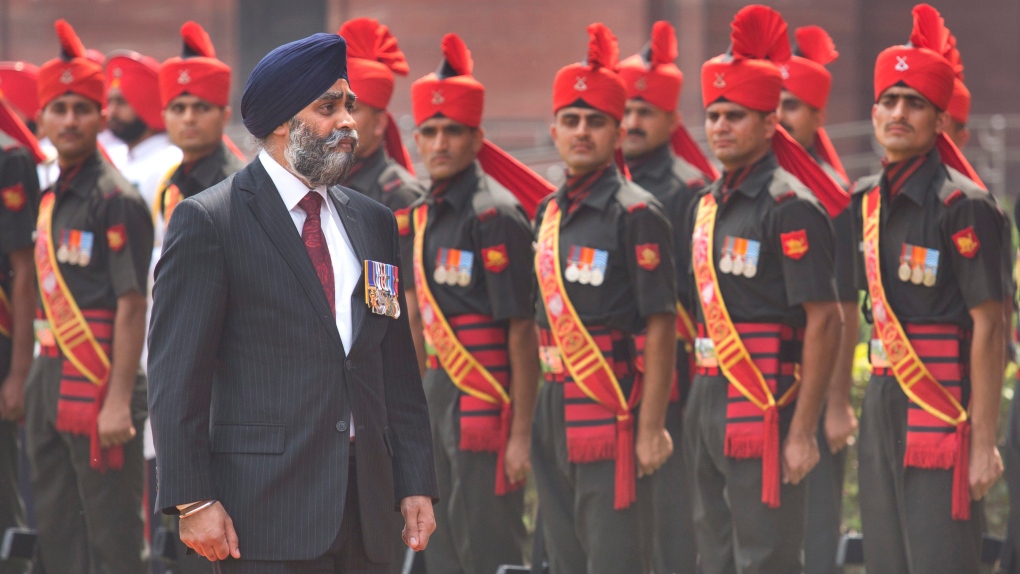 OTTAWA -- Defence Minister Harjit Sajjan says he hopes the Indian government will do more to find justice for the thousands of Sikhs who were killed in violent riots more than 30 years ago.

Sajjan is on a bit of a homecoming to the Asian country, where he was born and lived until coming to Canada with his family when he was five years old.

But while the main purpose of the trip is to establish closer ties between the two countries, Sajjan says the deaths that occurred across India in 1984 in the wake of Indira Gandhi's assassination have figured prominently in his meetings.

Sajjan says he shares the concerns raised by some Sikhs in Canada that too little has been done to seek justice for the victims.

He says Indian officials had their own strong words for a recent motion that was adopted in the Ontario legislature which labelled the killings a genocide.

Sajjan also says he is disappointed with the comments of one Indian political leader who labelled him a Sikh nationalist, but is determined to avoid being sucked into internal Indian politics.