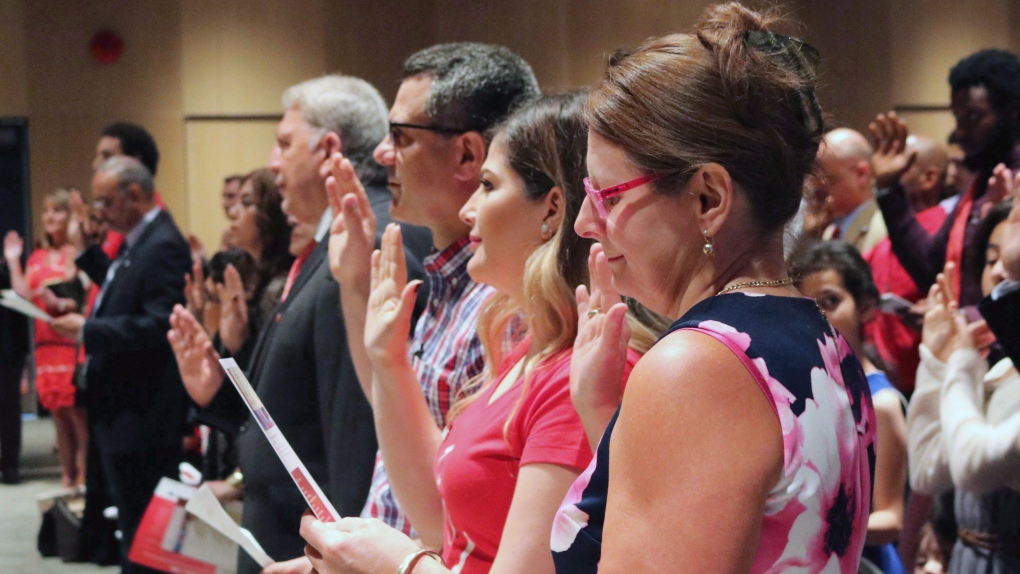 OTTAWA -- The Liberal government is updating a legal definition of "parent" to make it easier for some parents to pass their Canadian citizenship onto their children.

Previously, children born to Canadians abroad automatically received citizenship only if there was a genetic link between the parent and the child or the parent gave birth to the child.

Now, the government announced Thursday, the government will allow non-biological Canadian parents who are a child's legal parent at birth to pass down their citizenship.

Laurence Caron, who is Canadian, and her partner Elsje van der Ven, who is Dutch, are responsible for the change after a long legal battle.

When van der Van gave birth to their son four years ago while they were living in the Netherlands, the couple went to apply for his Canadian citizenship and found out he didn't get it automatically.

The reason: Caron's biological material was not used for his conception.

"We were shocked, disappointed and very hurt," Caron said during a virtual news conference Thursday.

"In the discrimination that we sometimes face as a same-sex family, we always thought that Canada would have our back but the reality was different."

While they could have sought a grant of citizenship for Benjamin, it is a cumbersome process, and didn't treat them equally under the Charter of Rights and Freedoms, federal Immigration Minister Marco Mendicino acknowledged Thursday.

He applauded them for taking the step of challenging the system in court, leading to the new interpretation of the term "parent."

The change will benefit LGBTQ communities and parents facing fertility challenges, he said.

"It makes a strong statement to recognize the diversity of Canadian families, a statement which demonstrates the government's commitment to strengthening diversity and fostering inclusion," he said.

Mendicino said Thursday the government does remain committed to reducing barriers to citizenship, but noted also the unprecedented situation of COVID-19 that is putting extreme pressure on government finances.

This report by The Canadian Press was first published July 9, 2020.