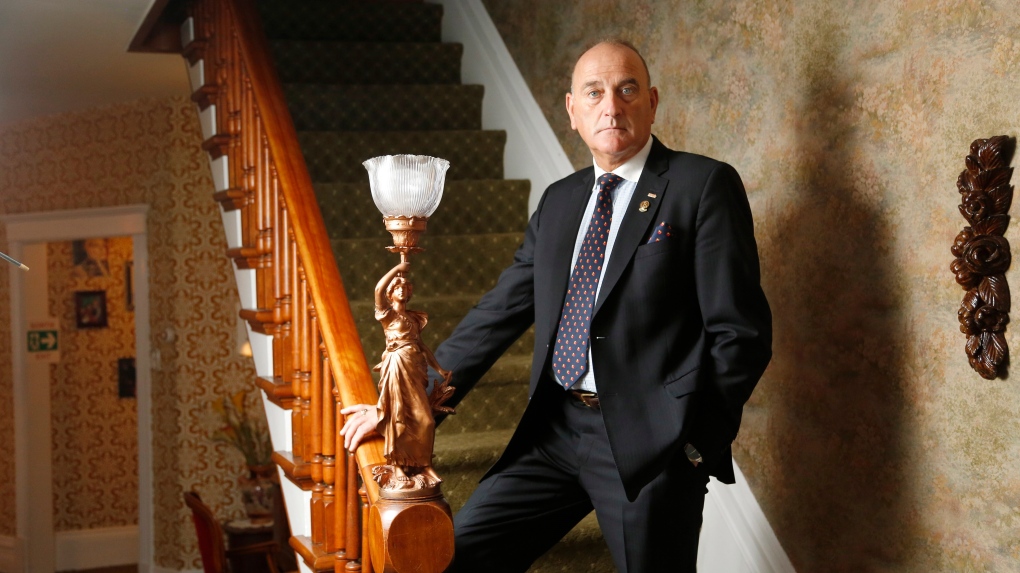 Yves Berthiaume, director of Berthiaume Funeral Home and president of the Funeral Services Association of Canada, poses for a photo in Hawkesbury, Ont., on Dec. 15, 2017. THE CANADIAN PRESS/ Patrick Doyle

OTTAWA -- A change to the Canada Pension Plan to provide a flat-rate death benefit to help low-income families cover funeral costs falls short of what funeral homes say is needed to cover the cost of a final farewell.

After meetings this week, federal and provincial finance ministers set the death benefit at a flat $2,500, regardless of how long or how much someone had paid into CPP.

Leading up to the meeting, the Funeral Services Association of Canada lobbied governments to raise the value to $3,580 -- back to what it was in 1997 before finance ministers of the day imposed a sliding scale benefit based on an individual's contributions to the CPP, capped at a maximum benefit of $2,500.

The association also asked that the benefit be tied to inflation so its value would increase with the cost of living.

Finance ministers didn't agree. And now there are creeping concerns the decision will mean more people won't be able to afford a funeral, which costs an average $6,000.

"Government needs to look at it (the death benefit) a little more closely and how they want to deal respectfully with their citizens."

A spokeswoman for Finance Minister Bill Morneau said the change would increase benefits to the estates of lower-income contributors.

The death benefit would likely be worth $5,500 today had it not been capped two decades ago. At the time, officials worried the benefit would become financially unsustainable if its value increased annually with the maximum income covered by CPP premiums.

The funeral services association estimates the benefit has lost 38 per cent of its buying power over the past two decades due to inflation.

Conservative social development critic Karen Vecchio said the finance ministers' decision runs counter to what stakeholders wanted and will force Canadians to not only find ways to save more for retirement, but for death as well.

Hassan Yussuff, president of the Canadian Labour Congress, said the flat-rate payment will ensure no one is denied the benefit because they didn't contribute enough money for a long enough period of time. But he said he was at a loss to understand why the finance ministers didn't do more.

"The numbers need to come up and we'll have to put some effort to try and address that," Yussuff said.

At the same time, a larger proportion of seniors are living beneath the poverty line: The most recent census figures showed 14.5 per cent of seniors living in poverty in 2015, an increase from the 12 per cent recorded in 2005.

That has meant Berthiaume sees 30 to 40 low-income families a year unable to pay for funeral services even with a combination of government and private benefits. Four decades ago, when he first started in the family business, Berthiaume said there were about five cases a year.

He said he and other funeral services in Canada regularly cover the shortfall out of their own pockets.

The death benefit is paid to an estate, executor named in a will or an administrator named by the court.

If no estate exists, or an executor hasn't applied for the death benefit, the payment would go first to whoever covered funeral costs, then to the surviving spouse or common-law partner, and lastly next of kin -- a priority list that causes bureaucratic headaches for a relatively small payment.

An undated document recently created by officials at Employment and Social Development Canada said the hierarchy creates "a complex administrative process" that causes "delays in benefit payments." The Canadian Press obtained a copy of the document under the access-to-information law.

Berthiaume's association has asked governments to consider allowing families the option to direct the death benefit to licensed funeral service providers to offset costs. The association argues this would reduce administration costs.