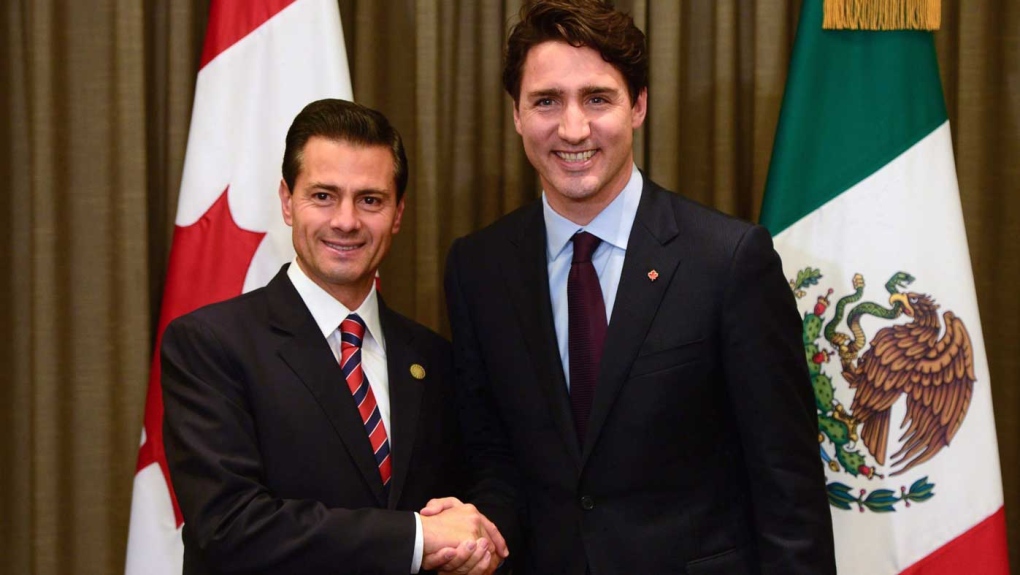 WASHINGTON -- It appears Canada and Mexico have averted a fight among amigos ahead of crucial talks to renegotiate the North American Free Trade Agreement.

The de-escalation happened last month when a team of top Mexican trade officials met privately with Foreign Affairs Minister Chrystia Freeland in Toronto to push for solidarity after Canada signalled it might strike a separate trade deal with the United States and exclude Mexico -- fracturing the long-standing continental pact.

Now, Mexico says the two countries are pitching a united front in preparation for talks to “modernize” NAFTA: "We think Canada will work actively with Mexico and the U.S. to strengthen the free trade agreement; we believe it should be a trilateral agreement,” Trade Representative Kenneth Smith Ramos said in an exclusive interview with CTV from the Embassy of Mexico in Washington, DC.

Asked if he has a sense Canada may still go-it-alone, Ramos said “no, we have none”.

His comments come days after U.S. President Donald Trump kickstarted the beginnings of a NAFTA rewrite by signing an executive order to study trade deficits among trading nations - Canada and Mexico are on the list. 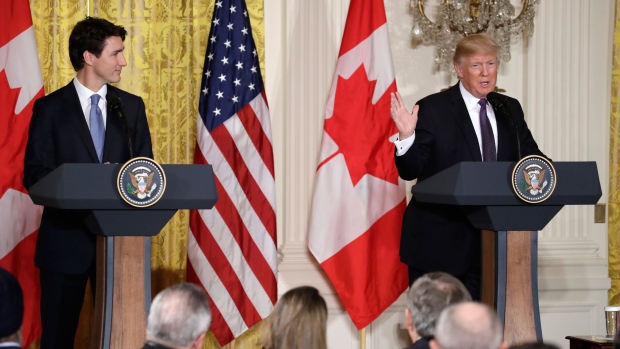 Canadian trade analysts viewed Trump’s blunt message as a sign the U.S. is targeting its southern neighbour over its northern one. Former Mexico President Vicente Fox harshly criticized the optics:

Oh, my dearest @realDonaldTrump: NAFTA is a three way deal, you cannot go to suck Justin's boots up and try to kick Mexico out. NOT fair! pic.twitter.com/zgdMY3TIWP

Canada is the top buyer of U.S. goods overall and the top buyer for 35 individual states. The Trudeau government recently launched a “charm offensive” to emphasize the benefits of the integrated trade relationship through advertising and personal visits by top ministers to Capitol Hill, to Ohio, to Florida and states in-between.

Mexico also launched its own campaign by reminding U.S. lawmakers of that country’s enormous trade benefits from agricultural to the manufacturing sectors.

Ramos dismisses Trump’s criticism the wage gap in Mexico is driving jobs away from the U.S. and Canada: “87 per cent of job losses in manufacturing is not due to trade,” he said, citing a recent Ball State University study. “It’s due to increases in productivity, automation and technology.”

He says Mexico is open to updating NAFTA, including the thorny “Country of Origin” rule, which cuts tariffs for member countries that applies to vehicles and several other industrial products built in North America. "We're open to look at all areas of the Agreement, and if there are areas we can find an opportunity to incraese regional content in our North American products. That would be welcome” he said.

The Trump administration has yet to formally announce its intent to overhaul the treaty. Ramos believes the process will begin before June.