Baloney Meter: Is advocating against abortion out of line with the charter? 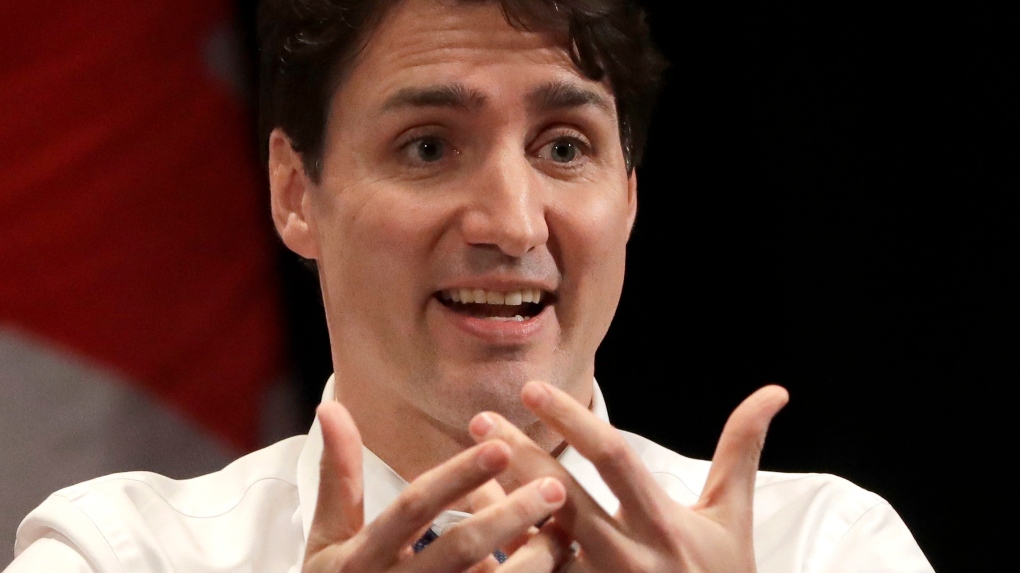 Canadian Prime Minister Justin Trudeau responds to a question during a visit to the University of Chicago's Institute of Politics Wednesday, Feb. 7, 2018, in Chicago. (AP Photo/Charles Rex Arbogast)

OTTAWA -- "An organization that has as its stated goal to remove rights from Canadians, to remove the right that women have fought for to determine what happens to their own bodies, is not in line with where the charter (of Rights) is or where the government of Canada is." -- Prime Minister Justin Trudeau in an interview with The Canadian Press on Jan. 15.

Prime Minister Justin Trudeau has been firm in defending his government's new policy to deny summer-jobs grants to groups that advocate against abortion.

Trudeau has suggested pro-life groups are out of line with Canadian society, but his policy has attracted criticism within Canada and even in the United States. Pro-life activists are suing the federal government over it.

On the application for the summer jobs program, organizations are now required to affirm their respect for a woman's right to have an abortion.

Religious groups have argued the requirement forces them to choose between their spiritual values and funding that helps run programs that have nothing to do with abortion. They say it treads upon fundamental freedoms of conscience, religion and thought guaranteed by the charter.

Trudeau, however, has said that organizations with stated objectives to remove women's rights to decide what happens to their own bodies is "not in line with where the charter (of Rights) is."

His statement raises the question: Is advocating against abortion out of line with the Charter of Rights and Freedoms?

This one earns a rating of "a lot" of baloney. Here's why.

The Liberals have said that faith-based organizations are welcome to apply for the federal Canada Summer Jobs program, which created nearly 69,000 temporary jobs last year.

But the new requirement means all applicants must now attest to their respect for sexual and reproductive rights, including "the right to access safe and legal abortions" and other human rights, in order to be considered.

Trudeau discussed the controversy in an interview last month with The Canadian Press.

He said he's a Catholic who has long had to reconcile his religious beliefs with his responsibilities as a political leader, such as defending people's rights. A woman's right to choose takes precedence over the right to a federal grant, he said.

Constitutional law experts say there are different ways to look at Trudeau's argument that organizations advocating against abortions are out of line with the charter.

From a strictly technical perspective, the prime minister's suggestion that these groups violate the charter isn't possible, a couple of experts said when asked about his statement.

However, he noted that the government is free to decide which activities and organizations won't receive funding under the summer-jobs program.

"I think they're trying to frame their perfectly justifiable policy decision by using the charter as a shield to defend it," he said. "This directly appeals to their core base."

Macfarlane said Trudeau's statement is misleading because it suggests that organizations expressing their views on abortion are somehow out of line with the charter.

"The Charter of Rights includes freedom of expression and freedom of conscience, and if people want to express opposition to abortion, they're free to do so," he said.

Kerri Froc, a law professor at the University of New Brunswick, said she thinks Trudeau's statement is ambiguous enough that he doesn't directly state these groups are subject to the charter and are violating charter rights.

Froc reads the statement as saying that women have reproductive rights under the charter, which she says is "certainly true." She referred to Supreme Court of Canada's 1988 Morgentaler decision, which struck down the country's abortion law as unconstitutional.

"There's no obligation for the government to fund organizations that are determined to remove those reproductive rights," Froc said.

"And so maybe that's what (Trudeau is) referring to in terms of this isn't in line with where the charter is or the government of Canada is."

Queen's University law professor Nicholas Bala said the charter doesn't explicitly guarantee a woman's right to an abortion, even though the courts recognize the security and liberty of women and require they be given substantial access to abortion services.

Bala said the government's policy for the summer-jobs program has been developed in a way that could be tricky for Ottawa to defend in court because of the charter's guarantees for freedom of religion, thought and conscience.

"I think that at least as worded ... there's certainly the likelihood of it running into grave difficulties," he said of the policy.

On Trudeau's remark that these groups are not in line with the charter, Bala called it a very broad statement.

"The Charter of Rights does not demand that everybody in this country support every right in the charter," he said.

Julius Grey, a long-time constitutional lawyer in Montreal, said in using the charter as a way to defend the new policy, he thinks Trudeau "completely forgot" freedom of expression and freedom of conscience.

Grey said, for example, that a Catholic's anti-abortion position could be a matter of conscience, while in other cases, people may simply oppose aspects of the charter.

"It's completely incompatible with something else that is in the charter -- which is freedom of expression and freedom of conscience," said Grey, who noted that he is pro-choice and agrees with most aspects of the charter.

"At the same time, I don't think the charter has become an incontestable scripture. It's not like the works of Karl Marx in the Soviet Union in 1930, where the statement, 'I don't agree with Karl Marx on this point,' could earn you a trip to the north."

Experts say the federal government is within its right to decide which organizations to fund -- or not to fund. But it is doubtful that advocating against abortion puts one out of line with the charter.

The government's contentious policy appears to be headed for the courts, where experts say the charter's guarantees of freedom of expression and freedom of conscience will also be considered.

For that reason, Trudeau's statement rates "a lot" of baloney.