A year of tough choices ahead in defence for Liberals 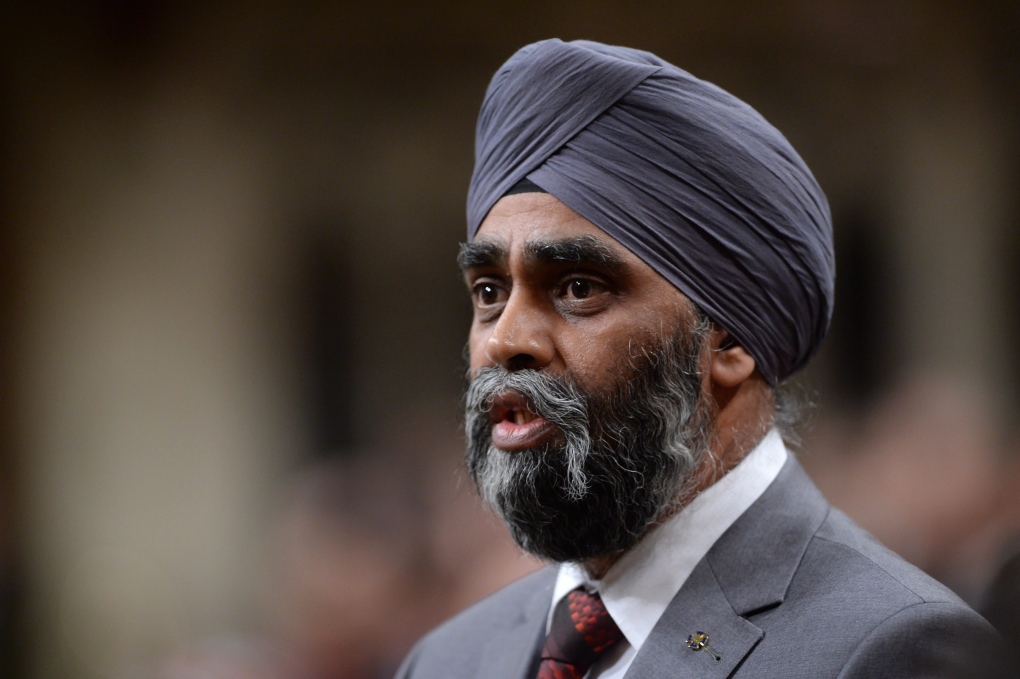 Defence Minister Harjit Sajjan answers a question during Question Period in the House of Commons in Ottawa, on Monday, Dec. 7, 2015. (Sean Kilpatrick / THE CANADIAN PRESS)

OTTAWA - Harjit Sajjan, Canada's new defence minister, is uniquely qualified to know how Ottawa's abstract policy decisions can be bent, twisted and mangled in the far-flung corners of the globe - sometimes to the detriment of those in uniform.

He'll need every ounce of that special understanding as he guides Justin Trudeau's Liberal government through reshaping the country's war against the Islamic State of Iraq and the Levant, and braces against a resurgent Russia.

Sajjan's experience was earned the hard way: one tour in Bosnia and three in Afghanistan as a special liaison officer who compiled the intelligence picture on the Taliban and Canada's sometimes unseemly local allies in Kandahar. But Sajjan, a former colonel, also brings the rare perspective of a being a reservist - a part-time, citizen soldier - to a headquarters of full-time, professional military people.

"I have a great sense of appreciation for somebody in uniform and what they go through, and how policy decisions on a high level can impact the boots on the ground," Sajjan told The Canadian Press in a recent interview.

"As I move forward and I get asked the questions, 'What are you going to do when it comes to the mission in Iraq,' or other places, I'm cognizant of that fact (that) when we make these policy level decisions, it's going to create the desired effect on the ground."

Sajjan lived the disconnect that was the Afghan war, where a relatively small Canadian contingent struggled to keep the Taliban at bay while trying to deliver aid and economic development to a population that grew indifferent, even hostile, as the years passed.

It is that sort of visceral sense which Sajjan brings to the cabinet table.

"I'll always look at it - my recommendation to put our servicemen and women in uniform into harm's way - that it's the right decision; that it's going to have the desired impact and that they have the right equipment to do the job."

To that end, Sajjan is expected - early in the new year - to put before cabinet a redrawn commitment to the war in Iraq and Syria, one that withdraws CF-18 jetfighters but beefs up local military and possibly police training. Later, he is expected to tackle the politically thorny issue of replacing the CF-18s with something other than the controversial F-35.

Gen. Jonathan Vance, the country's top military commander, says allies in the Middle East have asked that Canada continue to provide intelligence and logistical support by leaving behind its CP-140 Aurora spy plane and its C-150 aerial tanker.

The Opposition Conservatives say Canada is backing away from the fight against ISIL just as the U.S. calls for deeper military involvement.

Sajjan said the government's new approach, being crafted in consultation with allies, will be a "meaningful contribution" that takes in not only the military but other elements, including efforts to de-radicalize would-be ISIL converts.

The full range of measures is still being developed and Vance wouldn't speculate on what they might be, but said the military "options will mature over the next month."

NATO is putting together a so-called defence capacity-building program to train Iraqi officers at safe locations in Turkey and Jordan.

"It does form one of the candidate areas we're looking at," said Vance, although the alliance is still in the planning stages and "there's no absolute certainty as what the Canadian contribution might be in that."

The training is expected to include a wide series of measures, such as countering improvised explosive devices, bomb disposal, de-mining, civil-military planning, cyberdefence, military medicine and medical assistance. It's the same type of instruction Canadians have given in Afghanistan and Ukraine.

Foreign Affairs Minister Stephane Dion was pitched on the idea at a recent NATO ministers meeting. It's something the Liberals might be able to sell to the public as a meaningful contribution to war against extremists at a time when other allies are increasing military pressure on the region.

The public has heard very little about the air force's bombing campaign in the Middle East since National Defence shut down briefings last July, ostensibly because of the federal election.

Whether progress was being made in defeating ISIL came into question earlier this year when the Pentagon launched an investigation into whether intelligence assessments by the U.S. command in charge of the war - CENTCOM - had been tweaked to make things appear more optimistic.

Vance was asked whether Canada relied on those assessments or whether he had concerns about what he was reading.

"I think the criticism that's been levied against the intelligence function has been largely overstated," he said. "I can tell you pretty categorically, I do not believe there has been any intelligence assessment that has been rewritten in such a way as to provide a more rosy picture."

Canada also has 200 military trainers deployed in western Ukraine, where the conflict with Russian-backed rebels has been at a stalemate. The country just went through a round of local elections, but the government of President Petro Poroshenko has faced increasing complaints of corruption and cronyism.

Vance said political progress in Ukraine is fundamental if Russia is to be deterred, but Dion went a step further, saying Canada may be in a position to help next year.

"They know they have a lot of improvement to do about the institutions," Dion said. "It is something we need to work with them, but at the end of day it is their role to improve their country."