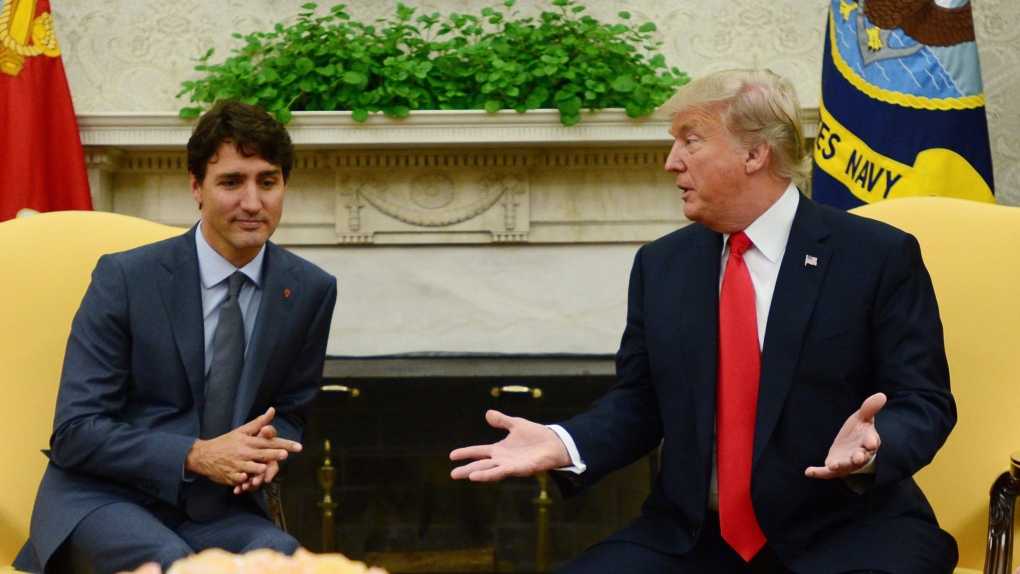 Prime Minister Justin Trudeau meets with US President Donald Trump in the Oval Office of the White House in Washington, D.C. on Wednesday, Oct. 11, 2017. THE CANADIAN PRESS/Sean Kilpatrick

WASHINGTON -- There are dead-end conversations. Then there's the image of Justin Trudeau quibbling about the Canada-U.S. trade deficit with U.S. President Donald Trump, who recently revealed some backroom bickering between the two about which country buys more imports from the other.

So who won the debate?

Critics say it doesn't matter, for two reasons: First, a number of economists, frustrated by the way some politicians talk about trade deficits, say it's a pointless academic exercise. Second, there's scant evidence a disputed fact on trade will dissuade Trump.

A different president might by now have noticed and heeded the overwhelming consensus of opinion among elite economists that it's utterly futile to try fixing a trade deficit as a means to foster greater national well-being.

A survey of world-leading economists run by the University of Chicago Initiative on Global Markets examined this question three years ago and asked several dozen economists whether a country can improve the welfare of its people by changing trade surpluses or deficits.

The percentage who strongly agreed: zero.

Five per cent agreed slightly, while 42 per cent disagreed or strongly disagreed. The economists responding to the survey cited a variety of reasons -- such as the idea that trade balances are a symptom of an economic reality, not the cause.

Here's the way Anil Kashyap of the University of Chicago ridiculed the idea, which has since become the intellectual underpinning the Trump administration's trade policy, and its prime justification for fixing NAFTA.

"Crazy assertion but plenty of people seem to believe this," Kashyap wrote. "To see the fallacy, note that banning imports would do it and would crush (economic) welfare."

Trump repeatedly raises trade deficits as proof America is being ripped off, buying more than it sells to the world. Trump came back to it at a rally last Friday -- and revealed he and Trudeau haggled over whose trade imbalance was bigger.

In truth, Trudeau appears correct -- for 2016. The Trump administration's own stats prove the U.S. sold Canada more than it bought last year. But a greater truth is the situation fluctuates, and it's often the opposite, since the U.S. imports natural resources -- and when oil and other commodity prices spike, it runs a trade deficit with Canada.

But the fundamental truth here, according to the mainstream economic view, is trade policy can't really fix it.

A new report by Goldman Sachs points to one reason: currencies adjust to trade realities. If Trump began the NAFTA withdrawal process, the loonie would drop six per cent, negating tariffs and eliminating the desired effect, Goldman says.

Economists cite other ways to reduce trade deficits. Weakening the currency, increasing domestic savings, and finding more foreign customers are all on that list -- protectionism isn't.

Michael Froman, the last U.S. trade czar to Barack Obama, echoed this view at the Council on Foreign Relations: "I think every legitimate economist will state that measuring trade policy by the size of the goods deficits, which is all the administration focuses on, is probably not a passing grade in a basic economics class." 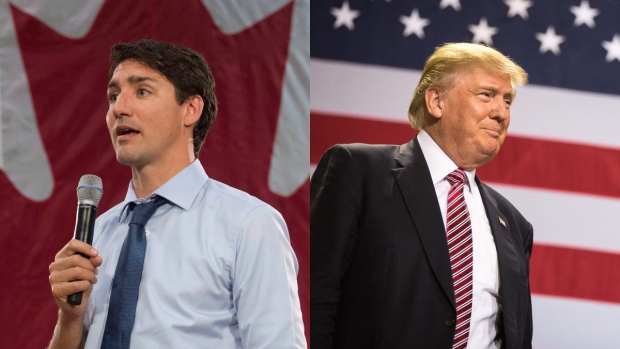 Not every economist takes such a black-and-white view.

In his response to the survey, Jonathan Levin declared himself uncertain on the question, and pointed to the actual human beings toiling in industries affected by imports: "In some cases, yes, (changing trade balances can make a difference), for at least some citizens."

Trump campaigned on those anxieties and got elected.

And that's the second reason some people say this academic debate is irrelevant. They can't imagine a trade factoid swaying a president who fundamentally believes he was elected in large part because his get-tough attitude on trade helped him sweep the northern industrial belt.

Trade lawyer Dan Ujczo, who lives in Ohio, says people in his region will be expecting action from Trump before next year's midterm elections. While he thinks Trump actually wants a new NAFTA, he'll likely announce the start of the withdrawal process soon, Ujczo predicts, because of the political imperative to take a hard line.

That's not about to change because of an academic spat on balance-of-trade stats, he added.

"We could easily say facts don't matter to this administration," Ujczo said.

"But we have to understand... Look at what happened here, in the Great Lakes region, in November 2016. Voters ... said, 'We value action and authenticity, more than assessments and accuracy. We've had a lot of reports and studies, assessments, facts. We want action.'

"That's what they're waiting for."