After campaigning on a promise to bring 'Real Change' to Parliament Hill, Prime Minister Justin Trudeau’s swearing-in ceremony was notable for breaking with tradition and protocol. Here are five ways the transition of power symbolized a new approach.

1. Open invite: For the first time ever, the grounds of Rideau Hall were opened to the public so crowds could watch the proceedings on giant TV screens set up outside the swearing-in ceremony. After Trudeau took his oath, the crowds outside Rideau Hall erupted in cheers. 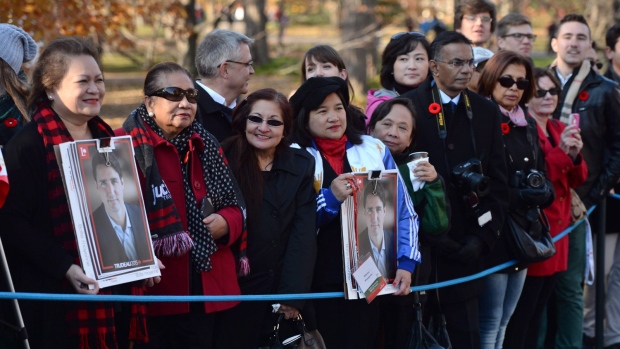 2. Walking together: Trudeau and his cabinet arrived at Rideau Hall together on a bus. They then walked up the long driveway, together, while crowds of onlookers clapped and snapped photos. That’s in stark contrast to past swearing-in ceremonies, when Members of Parliament arrived one by one, in separate cars. 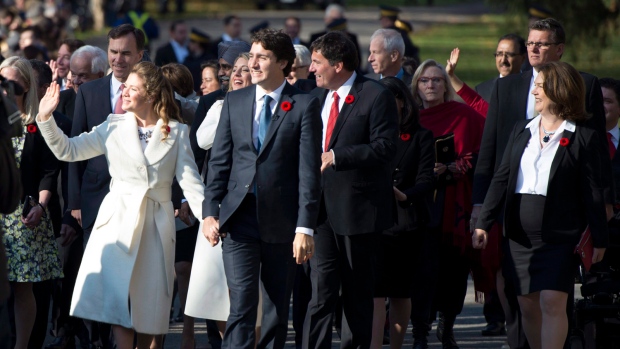 Kate Purchase, spokesperson for Trudeau, said it was important for the prime minister and his cabinet ministers to arrive together, as a group. "We've been talking for two years about building the team, and this is the team," she told The Canadian Press.

3. Tech times: In a sign of the times, people could tune into a live video stream of the swearing-in ceremony being shared via Periscope on Trudeau's Twitter account.

As Trudeau and his ministers took their oaths of office, Twitter followers offered their congratulations, criticisms and commentary.

4. Triple duty: In addition to serving as prime minister, Trudeau will also take on two portfolios, as minister of youth and minister of intergovernmental affairs. 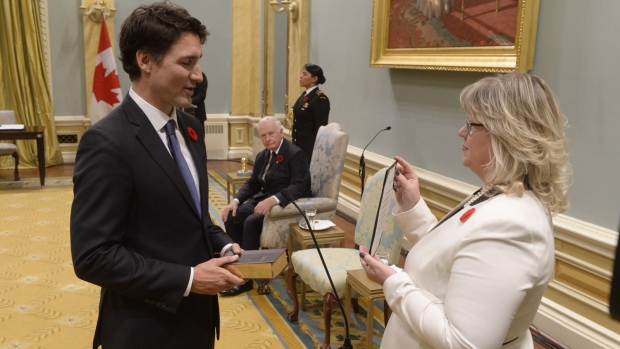 5. Gender parity: Trudeau, who pledged to have an equal representation of men and women in his cabinet, kept his promise. Trudeau's 31-member cabinet is made up of 15 men, 15 women and himself.


With files from The Canadians Press