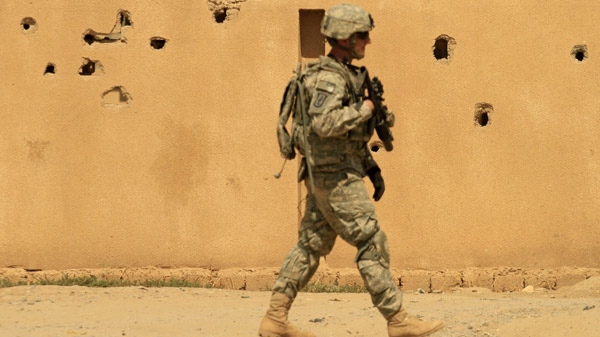 OTTAWA - American war deserters may get to stay in Canada if they outlast the federal Conservative government, New Democrat MP Olivia Chow said on Saturday.

Chow's comments came as the Americans met with their supporters to try to decide what to do next after a bill that would've allowed the deserters to stay in Canada was defeated in Parliament earlier this month.

Chow says her party and the Bloq Quebecois are in favour of letting the Americans stay.

"There would be a chance if the Conservatives lose power in this election, (deserters) might still be in Canada I hope," Chow said in an interview from Ottawa.

"I suspect we might have a spring election so their fate is in the hands of some of the Liberals and Conservative MPs," she said.

Michelle Robidoux, a spokeswoman for the deserters, said about 80 Canadians and Americans gathered for a panel discussion on Saturday in the Ontario border town of Fort Erie.

They hope to gain support by educating people about the reasons why deserters moved north instead of following deployment orders to Iraq, Robidoux said.

"When people hear what it is that motivated them, but also what they've given up to seek asylum in Canada, I think it's obvious to most people that Canada should let them stay and not send them to face punishment in jail," she said.

Saturday's event ended with members of the group showing their support for one another by forming a human chain next to the Peace Bridge, which links Ontario and New York state.

Chow said several deserters have been in Canada for up to six years, and are contributing to Canadian communities.

"Deporting them to jail and separating them from their Canadian-born children is just downright cruel," she said.

Earlier this month, a private member's bill by Liberal MP Gerard Kennedy that would have allowed deserters to stay in Canada was voted down as many members of his party, including leader Michael Ignatieff walked out during the vote.

The bulletin stops short of imposing a ban on deserters and instructs immigration officers to seek guidance from regional advisers.

The new directive cites law that bars refugees from Canada on the "grounds of serious criminality" in order to make the case.

The governing Conservatives have shown little sympathy for the deserters.

The Conservatives have stated that unlike the thousands of conscientious objectors who fled to Canada during the Vietnam war, the newest arrivals voluntarily joined the United States military and deserted to avoid serving in Iraq.