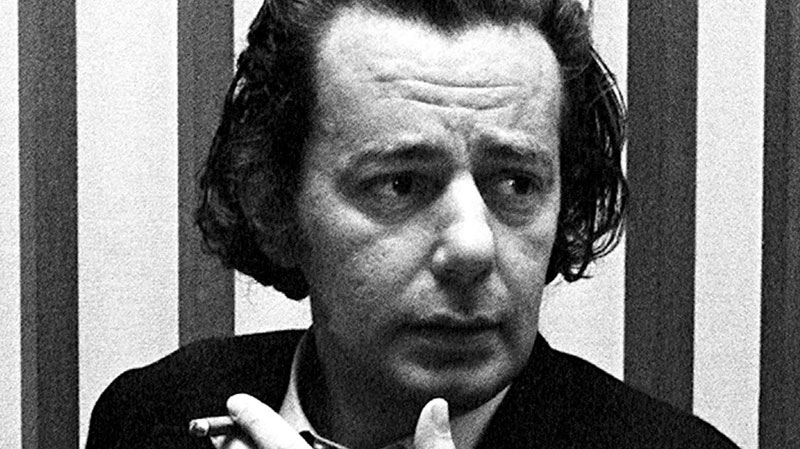 MONTREAL - The head of one of Quebec's biggest nationalist organizations says he opposes naming a street after Mordecai Richler because he's "an anti-Quebec racist."

That emphatic reaction Thursday suggests there could be pushback against a burgeoning movement to honour the celebrated author in his hometown, with the 10th anniversary of his death approaching.

Mario Beaulieu of the Societe St-Jean Baptiste says the late writer was a divisive figure who denigrated Quebecers.

"I don't think it's a good idea in Quebec because Mr. Richler created many divisions," Beaulieu said in an interview with The Canadian Press.

"For us, he's an anti-Quebec racist because he denigrated French Quebecers."

Richler's books have adoring fans around the world -- enjoyed widely by both adults and children -- and have conveyed stories of Montreal to an international audience.

For instance, he said, Richler depicted the Patriotes under Louis-Joseph Papineau as anti-Semites when they actually worked on a law passed in 1832 that granted Jews equal civil rights.

Beaulieu, whose organization has not released an official statement, said he respects people's opinions and never had any trouble growing up in Montreal's mainly anglophone West Island.

But he didn't see the upside to honouring one of English-Canada's most acclaimed authors.

"Maybe he's a great writer, but he's someone who was racist against Quebecers," Beaulieu said, noting that when it came to the curmudgeonly writer, there was a "hate for French Quebecers."

Richler, the legendary author of such books as "The Apprenticeship of Duddy Kravitz" and "St. Urbain's Horseman," often featured the city prominently in his books and is considered as embematic of the city by some as Mount Royal.

Marvin Rotrand, a Montreal city councillor, recently started an online petition to get the city to name a street after Richler, whose book "Barney's Version" is about to be released as a movie.

"We the undersigned note that July 3, 2011, will mark the 10th anniversary of the passing of the eminent Canadian writer Mordecai Richler whose work represented a remarkable testimony to the immigrant experience, particularly the Jewish immigrant experience, in Montreal in the 1930s, 1940s and 1950s," the petition's preamble states.

Some of that experience occasionally included anti-Semitism, Richler wrote in articles and books.

Richler was also a thorn in the side of the sovereigntist movement, often writing critical articles in international publications that disparaged their efforts to pull Quebec out of Canada.

Among his preferred targets was Abbe Lionel Groulx -- a prominent 20th century Catholic priest considered a nationalist hero, with one of Montreal's most important metro stations carrying his name.

Richler once derided him as, "a vile little priest, an ignorant man, a vicious anti-Semite and a bad writer."

A Richler book signing was once crashed by protesters, requiring police intervention.

"Mordecai Richler, for me, is someone who through his writings and words maintains a contempt for the Quebec people," Laporte said.

He acknowledged Richler was a great Canadian writer but that's not enough to give him a street, saying some of his writings about Quebec are "unacceptable" and "deplorable."