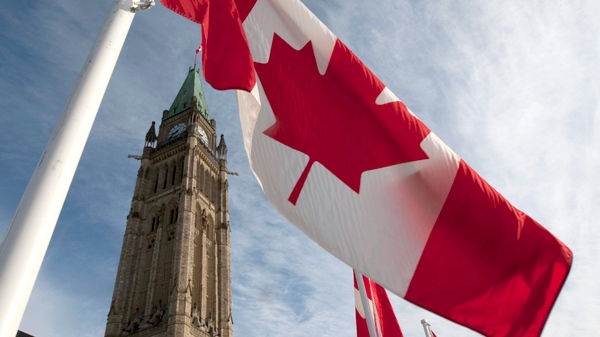 OTTAWA - An all-party deal to release sensitive Afghan detainee documents may not be possible by Tuesday's deadline.

House of Commons Speaker Peter Milliken gave parties until Tuesday to come up with an agreement on viewing all documents uncensored -- while protecting national security.

While the four parties continued Thursday to inch toward an agreement, Liberal House leader Ralph Goodale said they may have to ask for an extension. He says that's not unreasonable given the importance of the issue.

"It's not a high-stakes game of chicken here," Goodale said following the third meeting of negotiators from all parties.

"It's dealing with the Canadian public interest in a serious way and we take that responsibility seriously."

Negotiations are not expected to resume until Monday.

Failure to resolve the matter among themselves would prompt a contempt of Parliament motion against the government, which could trigger a court challenge or even an election.

Liberal MP Dominic LeBlanc noted that opposition parties first demanded access to all uncensored documents last December, only to be stonewalled by the government.

He said negotiations have made more progress in the last 10 days than was accomplished in the previous five months. As long as all parties continue to talk in good faith, he said it's not unreasonable for Milliken to give them a bit more time.

Earlier in the week, the parties expressed optimism that a deal could be reached by Friday. But opposition negotiators were more cautious Thursday after finally receiving a concrete proposal from the government. They said they need time to reflect on the proposal.

New Democrat MP Joe Comartin said the government seemed more rigid in its approach and that there were elements in the proposal that don't satisfy his party.

While they wouldn't disclose details, opposition negotiators confirmed all parties have so far agreed that a small special committee -- made up of at least one MP from each party, all sworn to secrecy -- should view all the relevant documents.

The files relate to allegations that prisoners were tortured by Afghan authorities after being turned over by Canadian soldiers.

The parties have yet to agree, however on the most crucial point: how to resolve any disagreement that may arise over which documents can be disclosed publicly without jeopardizing national security.

Sources said the government proposed Thursday that the issue of disclosure be decided by "consensus" among MPs on the special committee. But opposition negotiators weren't thrilled with the idea, seeing it as a way to essentially give a veto to the government.

The government's negotiators -- House leader Jay Hill, Justice Minister Rob Nicholson and government whip Gordon O'Connor -- did not describe the proposal as a bottom line and seemed open to other options, sources said.

New Democrat MP Jack Harris said various options are under discussion, including asking a judge or Milliken to settle disputes or simply deciding the matter by a majority vote of the committee.

Another option would be empowering the committee to release summaries of sensitive documents, without releasing the details.