Dentist accused of killing 1000s of protected jaguars in Brazil 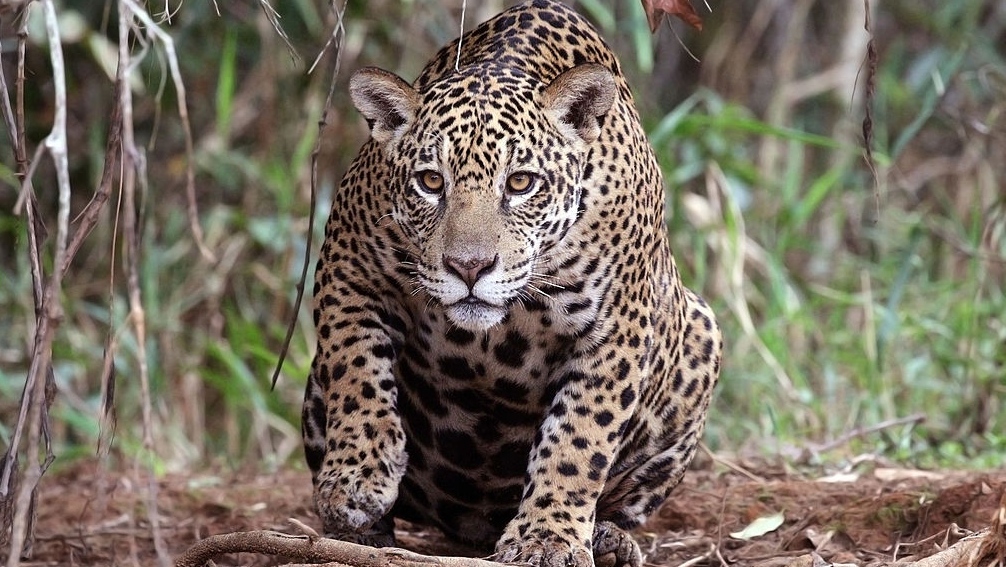 Some of the images below may be distressing for some readers.

A dentist was arrested for allegedly killing thousands of protected jaguars and other endangered animals, according to a local Brazilian prosecutor's office.

Authorities from the Brazilian state of Acre made the arrest as part of a sting involving the surveillance of suspected illegal poachers, according to a press release translated from Portuguese.

The group allegedly hunted and killed thousands of endangered animals, including jaguars and deer with protected status.

The poachers allegedly used group texts on their cellphones to organize the hunts, according to authorities who monitored their conversations for three months.

But police also allege there’s evidence that the longest-serving member of the gang, dentist Temistocles Barbosa Freire, is suspected to have killed more than a thousand jaguars since 1987.

Freire and six other men were arrested and the state is laying criminal charges, which include illegal hunting and using firearms without a permit.

None of the people charged appeared to be hunters by trade, as their occupations include doctor, government worker, farmer, prison officer and electrician.

The prosecutor’s office added that, based on their involvement in the hunts, each could face varying prison sentences and fines if found guilty.

The jaguar is listed as “near threatened'” and its population is declining, according to the International Union for Conservation of Nature's Red List.

This status is lower on their scale than “vulnerable,” “endangered,” and “extinct.”

The international group’s website describes the Red List as the “world's most comprehensive inventory of the global conservation status of plant and animal species.”

Jaguars are the largest cats in Latin America and the International Trade in Endangered Species of Wild Fauna and Flora’s lists them in Appendix 1, which stipulates that all international trade in jaguars or their body parts is prohibited.